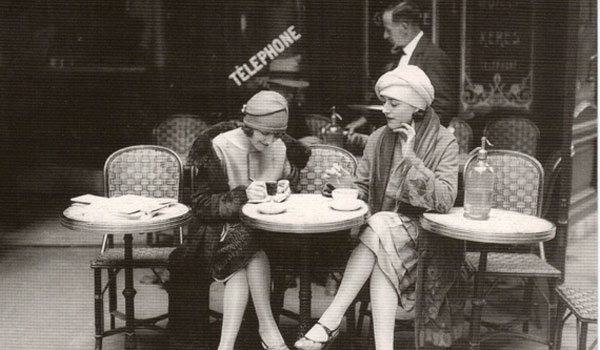 I Am French, Therefore I Am Entitled: Yet Another Charming French Problem

There is a word in French that is difficult to translate into English and yet it’s a word that is deeply and inextricably grafted into the DNA of French identity. That word is acquis, (pronounced “ah-key”), and it translates as benefit or gain.

But in France it defines not just certain benefits—and there are lots of them!—but a certain spirit surrounding them. A determination to cling to them fiercely that, with growing frequency, defies rationality. Just as it did, once again, last week.

On Monday, France’s Court of Auditors, an official institution whose job it is to audit all public expenses, published its annual report and the star of egregious over-spending was France’s national rail company, the SNCF. The Court found that the SNCF spends too much on free and discounted ticket privileges for its employees. The report revealed that over one million people cashed in on these benefits in 2013 for a total cost of about 100 million Euros.

Which is kind of funny because the SNCF doesn’t actually have a million employees. It turns out that only 15% of those people claiming the bennies are actually active employees. The rest are just people who are—totally legally—entitled to the same benefits. The rail company gives free train tickets not only to employees and retired employees, but to their spouses or partners, their children and their step-children (until age 21), and their parents and grandparents. And the parents and grandparents of the employee’s spouse. Oh, it should be noted that the kids’ free train trips are capped out at 16 a year, after which they get a discount of…90%.

Chances are, these passengers were already, for some reason or another, riding the train for free in France.

But what’s really delectable, and very symbolic of the deep-rootedness of the culture of acquis, are all the wonderful sub-clauses and exceptions to the formal benefits policy. For example, the employees and retired employees of the SNCF are actually restricted on free tickets at peak times and they’re obliged to contribute to the reservation fee on high-speed train tickets (which can go all the way up to 13.40€ for a round-trip 1st class ticket!). Unless, of course, they choose to use one of their eight annual entitlements to be exempt from the fee!

A few more marginalia of the benefits policy includes employees’ handicapped children—they get free tickets for life. And the 3360 doctors who are employed either full-time or part-time by the SNCF are also entitled to the same benefits as actual railway employees. And suddenly it becomes a million freebies at a cost of 100 million Euros.

It’s hard not to find this entitlement scheme generous, even insanely, irrationally generous. Or just incomprehensible in 2014 when France is barely holding onto the edge of the precipice of another recession. But it’s even more irrational when you discover that it’s not the first time the Court of Auditors has rung the alarm about the SNCF benefits. It turns out it’s actually an annual ritual. Already, in 2010, the Court had suggested—cautiously, timidly—that perhaps, “without calling into question these benefits, one could wonder if it is justified that they be so widely and liberally distributed.” The Court had requested that the benefits policy be reformed—but then gave up.
Over one million people took advantage of free SNCF train tickets.

And here’s why: “This entitlements subject is so sensitive,” said the Court, “that it halts any attempt at simplification and has dissuaded until now any attempt to rethink and modernize a policy that is 75 years old.” Because to say that the French are fiercely attached to their benefits underestimates the absolute sense of entitlement that they feel about them. Even the highest audit institution in he country is loathe to go down that road, totally befuddled about how to get out of an impasse that’s indirectly costing taxpayers a ton. (You can imagine the SNCF is not the only public company sinking millions into bennies it doesn’t know how to stop paying. It’s just the only one I’m writing about today!)

The French cling to their entitlements with a determination that goes beyond any actual objective need or material justification. It’s as though the mere act of giving something up, of conceding something even in the context of a rational negotiation aimed at a greater good, aimed at assuring the sustainability of, well, everything else—were tantamount to some kind of annihilation. I am French therefore I am entitled (insert head in sand).

The replies of the union leaders to the Court of Auditors’ findings this year is revealing. “We’re not worried, because the SNCF has clearly stated that it did not wish to cut these benefits, which are contractually guaranteed,” said Thierry Marty, one of the union leaders, broadcasting his undeterred confidence in the sacrosanct right to these entitlements. Interestingly, he also added that the benefits “are a very strong symbol of railway culture”: entitlements are part of their identity, part of who they are—at whatever the cost, evidently.

And so yet another year, yet another Court of Auditors’ report denouncing massive over-spending on wonderfully or grotesquely—depending on your point of view—generous benefits.

My point of view is that it shouldn’t be too hard to get in on it. Having a conversation and, say, a communion of spirit with the 21-year-old son of a retired railway employee ought to do it, right? Or perhaps running errands for the grandmother of the ex-wife of a current employee…