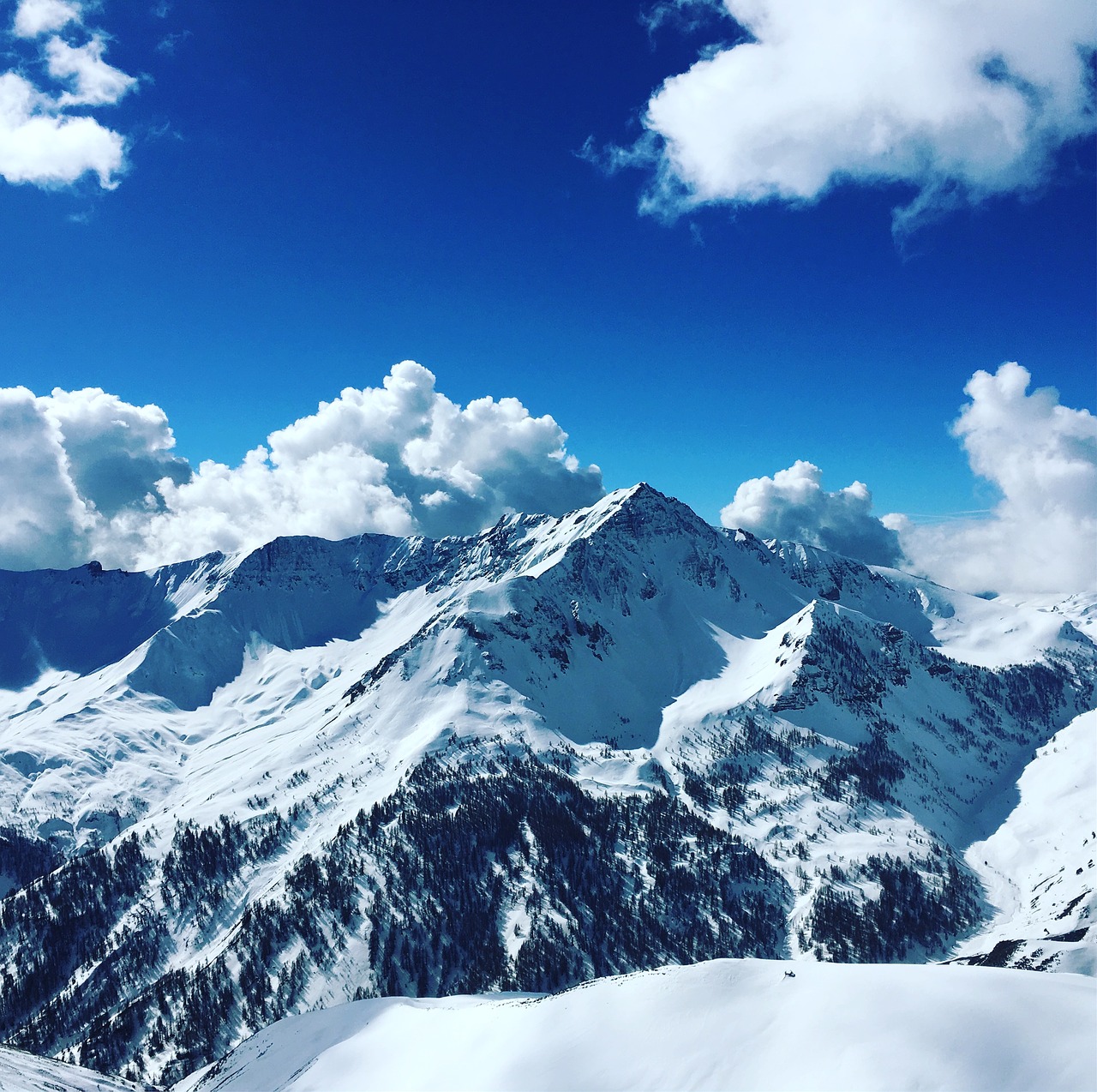 We know, we know, it’s March. But do you know what else we know? Ski resorts in France make their own snow, guaranteeing winter sport-worthy weather until April, and sometimes May. So pack your bags, it’s time for one last weekend-ski.

France is Europe’s top destination for skiing, boasting the best variety of resorts of any country in the world. Europe’s biggest and tallest mountain range, Les Alps span France, Switzerland, and Italy. The tallest peak is Mont Blanc. In the French Alps you’ll find hearty food, rustic ski-lodge charm, and off-slope amusements unique to ski resort towns. (Where else could you try equestrian skijoring? Definitely not in Paris.)

French winter resort villages are exactly what you imagine them to be. Between the cabins rimmed with outdoor barbecue decks and the quintessential chalets, you’ll find individually-owned eateries that trump the food offerings at most commercial American resorts. Gorging yourself on a 2-hour, white table cloth lunch of Savoie and Haute-Savoie cuisine is an essential experience. The traditional specialties like fondue, raclette, potatoes, and sausages will warm you from head to toe.

Best of all, French ski resorts are relatively low-price. For access to some of the largest ski areas in the world, day-pass lift tickets in France cost around $60, while similar US resorts have long passed charging $100.

Here are the best winter playgrounds in France. Tips up!

They are connected by the Vanoise Express, the world’s largest ski cable car, which spans the valley between resorts in just four minutes at a speed of 28mph. While La Plagne is considered more family-oriented with wider runs, Les Arcs has a reputation for difficult terrain. That said, with 133 lifts, 261 marked runs, and more than 250 miles of trails, there is plenty of skiing for every level at these resorts.

Paradiski offers many unique activities for fun off the slopes, like rides on the only Olympic bobsled track in France from the 1992 Winter Games, luge and sled runs, Igloos for overnight stays, nearly 100 miles of Nordic trails, and tours on Segways outfitted with tire-chains.

As implied in its name, Les Trois Vallées is made up of three valleys and eight fully interconnected ski resorts, making it the world’s largest one-ticket ski complex. This mega-resort has a reputation for glitz, mutli-million euro property prices, and a “see-and-be-seen” clientele like George Clooney, the royal family, and the Beckhams.

The most fashionable and expensive village in Les Trois Vallées is Courchevel. Offering 58 lifts and a mix of beginner, intermediate, and advanced runs, Courcheval has plenty of skiing for all levels. There are also 11 Michelin-starred restaurants in the village, making it the destination for fine dining.

The other villages in Les Trois Vallées are Courchevel Moriond, Courchevel Village, Courchevel Le Praz, and La Tania. Each has its own unique character, and all offer cheaper accommodations  than Courchevel. One can easily ski to and from the slopes from any of the villages.

All villages included, Les Trois Vallées offers 300 trails stretching nearly 400 miles. It is served by 170 lifts, 33 of which are gondolas with breath-taking views of the valleys. Apart from skiing, the area offers the longest toboggan course in the French Alps, sled runs, and snow biking.

The Les Portes du Soleil area of the Les Alps houses a dozen resorts and 286 ski slopes, most of which belong to the Avoriaz and Morzine resorts. The Avoriaz has 49 slopes and 36 ski lifts; the Morzine sector has 64 slopes and 49 ski lifts. Both have a good selection of intermediate and beginner runs, but Avoriaz reigns superior as a boarder’s paradise, with five different terrain parks and a superpipe.

Capitalizing on the winter sports trend, Avoriaz built itself up in the 1960s, building a reputation of being modern, family-friendly, and car-free. Just 30 minutes to the west by car, Morzine is known as a cozy and traditional alpine village boasting rustic lodges and chalets.

Instead of the typical non-skiing activities like sledding, try something new like ski-paragliding, husky sleding, and skijoring–skiing while being towed by a horse! In March, the Rock the Pistes music festival will bring 70-plus après-ski concerts to towns in the area.

Right on the Italian boarder, the Val d’Isère resort spreads across a high valley and spills over into Parc National de la Vanoise, France’s oldest national park. With 300 km of terrain and more than 150 ski lifts, skiers can go several days without repeating a run. There are gentle slopes for children and beginners, and challenging on- and off-piste terrain for the more experienced. The ski season lasts from November until May.

With bars on and off the mountain, Val d’Isère believes deeply in the sacredness of the après-ski. (They’re famous for it!) Having a glass of wine after a day on the mountain… parfait!  La Folie Douce is the most popular bar, offering live music every night, while the homey Taverne d’Alsace Basserie serves up hot Franco-German cuisine around wooden tables.

Gourette was the first ski resort in the Pyrenées, the mountain range France shares with Spain on its southern border. Recently modernized to accommodate freestyle areas and state of the art lifts, the resort also offers a seven-hectare beginners area that allows beginners to improve their skills. Private and group ski lessons are available, and if you’re curious about the snow you’re gliding over, take a tour of the snow making factory (“Visite de l’usine à neige“).

Built in the late 60s, most of the lodgings are at the edge of the slopes–perfect for rolling out of bed and heading straight to the lifts. Resort vacations don’t always have to be about skiing though; spend a weekend at the spa, and stay at the Hotel des Bonnes Eaux, a quiet spot in a charming 19th century building. Definitely check out la bulle, the panoramic thermal spa situated on the roof of the hotel. The view is breathtaking.