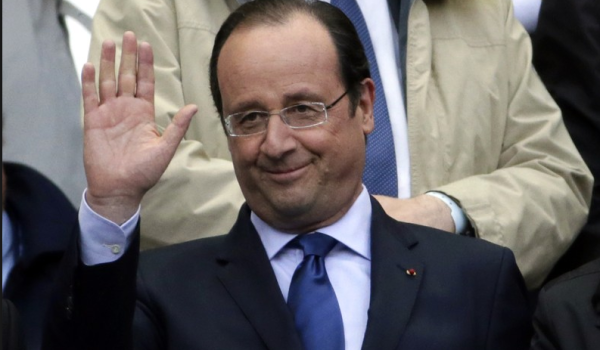 French Morning has learned that French President François Hollande will take the advantage of his presence at the UN general assembly from September 26th-29th to participate in the Best of France cultural extravaganza on Times Square. The event will occupy 4 blocks of Broadway on September 26th and 27th, with hundreds of thousands of participants expected to peruse various booths presenting the best of what France has to offer.

The festivities will be kicked off by French Foreign Minister Laurent Fabius on Saturday Morning. The President will attend on Sunday afternoon.

After arriving in New York on Saturday evening, François Hollande will participate in a preliminary climate summit meant to pave the way for the major COP21 meeting that will take place in Paris in December. He’ll attend a lunch organized by Ban Ki-moon with the Presidents of the US and China, the Prime Minister of India, and many others around the climate theme. An anonymous source from the UN told French Morning that the mini-summit was suggested by France in “an attempt to accelerate discussion and raise ambitions ahead of Paris.”

After a morning of high-level diplomacy, the President will then appear at times square to give his thumbs-up to what promises to be a major promotional event for France and all it has to offer from fashion to technology, tourism to cuisine.

How Paris is Fighting to Control the Legions of Rats That...

Talks and a Performance at Miami’s First Night of Ideas on...

How Paris is Fighting to Control the Legions of Rats That...

Talks and a Performance at Miami’s First Night of Ideas on...