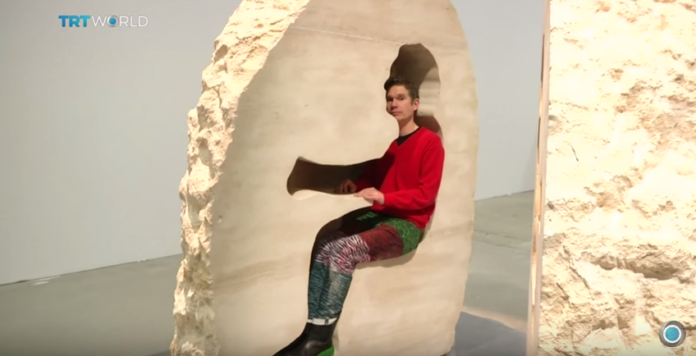 French performance artist Abraham Poincheval is going to live inside a rock for a week.

In the limestone rock, Poincheval has carved a body-shaped hole for himself which is amazingly equipped with a toilet as well as a store of dried food and water for him to eat and drink during the week. The art part of this performance piece is the relationship between Poincheval and the stone, speaking to a larger artistic idea about the connection between humans and the earth.

“The purpose is to feel the aging stone inside the rock,” said Poincheval. “There’s that flow, that coming and going, between myself and the stone.”

This isn’t the first time Poincheval has attempted a “living inside of something” type of performance. In 2014, he spent 13 days inside a hollowed-out bear. And in 2012, he buried himself inside a tiny hole underneath a bookstore in Marseille to read.

Poincheval and his rock will be on display at the Palais de Tokyo in Paris for the duration of the performance, slated to begin February 22nd when he enters the rock: