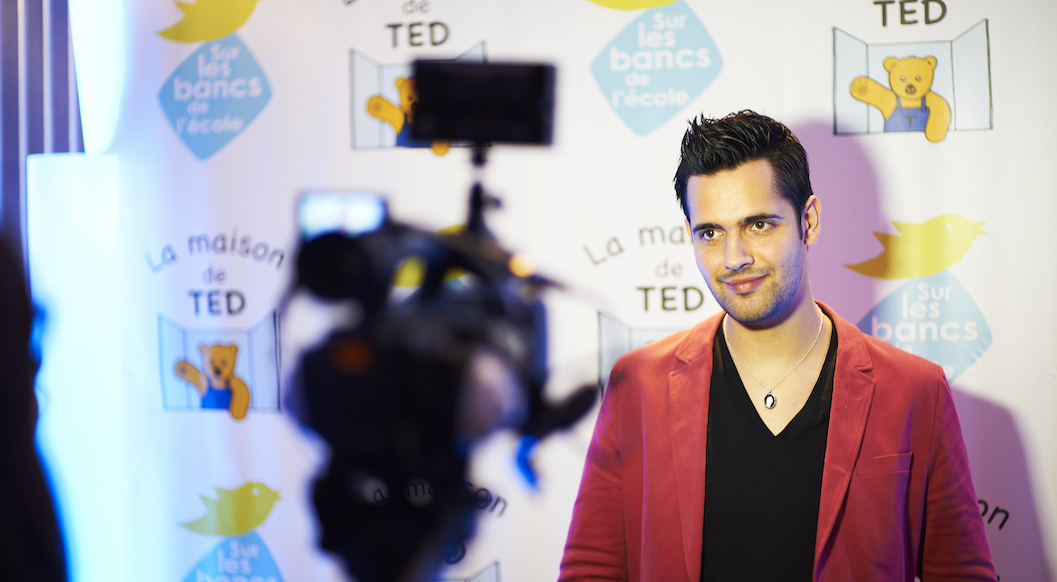 French Musicians Galore at Day on the Farm

A line-up of nine étoiles, and we couldn’t be more excited. These are the French musicians and artists chosen to perform at French Morning’s “Day on the Farm”, an outdoor farm-to-table, locavore-centric celebration at North Brooklyn Farms to toast to French Morning’s 10th birthday. In addition to these musicians, there will be complimentary tastings, food, a cash bar, a pétanque tournament, gardening activities, and plenty of sun and warmth. We’d like to thank them all for performing and making the afternoon a music-filled event!

You certainly know a few, and you’re sure to discover a few new ones. Here’s the day’s program. 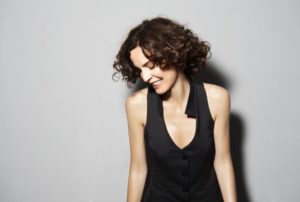 All French people know Chloé Perrier. With a clear and light voice, Perrier has been singing and acting her whole life (she’s been on stage since age 13), as well as playing violin and dancing. Lately, she’s focused herself entirely on jazz. She has sang in many jazz clubs and rooms in both Paris and New York, like the Zinc Bar (playing this June 12), The Iridium, Cornelia Street Café, and the Manderley Bar at the McKittrick Hotel. Her new album, « Cœur de Française » was crafted between Paris and New York, with Elie Chemali on the piano and Félix Sabal-Lecco on percussion.

Once you hear French Inventory, it makes sense why they have such a large fan base (besides the fact that French Morning wrote an article about them). A group of five friends in New York that like to play music together, they take well known melodies and tunes, from French pop and rock, and redo them with their own arrangements. They use tunes from Goldman, Téléphone, M, Corneille, Stromae, and even Gérald de Palmas. Occasionally songs by a few international stars like Amy Winehouse or Sting join their repertoire as well.

From one continent, guitarist and singer François Wiss comes from Paris. From another, percussionist Daniel Villeneuve hails from Quebec. Together, the two make for a great transatlantic musical duo. Arriving in New York in 2004, Wiss mixes flamenco, Latin music, North African, and rock. Villeneuve, a New Yorker since 1992, has worked with many renowned African artists. The two together make a surprising, pleasing combo of musical genres. 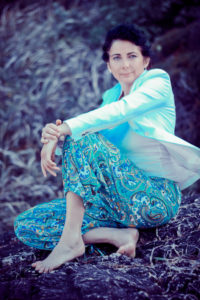 International artist Sylvie Boisel took her first steps into the world of music at the age of 18. Her musical career took had her expatriating to Australia in 2006 where she debuted in a show dedicated to Edith Piaf. She’s made appearances at several important events including the opening of a Sydney film festival in front of 1,500 people. In 2014, she moved to New York where she sings her Piaf repertoire, gmost often, “Edith Piaf et Maurice Chevalier: Passion et charme”. Site

If you’re a fan of The Voice France, you know who this is. Yoann Fréget, alias Yoann FreeJay, was the winner of the second season of this musical singing competition viewed by millions on TF1. Before going on The Voice France, FreeJay spent several years studying gospel music in the U.S. and Europe, as a soloist and in choruses. “Quelques Heures Avec Moi”, his first album with Universal, came out in 2014. Splitting time between France and New York, he’s currently in production for his first album in English. 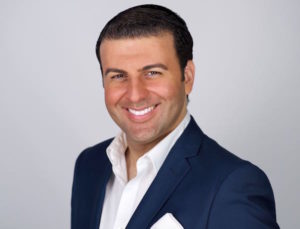 He’s a personality (and, of course, a voice) well known in the French community in New York. This “crooner baritone”‘s resume is well-filled. David Serero fills large rooms easily, on stages and TV sets, as an actor and singer. This “bête de scène” as he calls himself, integrating several styles including opera, classic Broadway music, and humor into his sets. In 2013, he wrote and produced a musical comedy with Jermaine Jackson of The Jackson Five.

After “A Day on the Farm”, French Morning has organized another event immediately following. “A Night on the Farm” which will feature a dinner under the stars starting at 6pm with a tasting menu by French chef Laurent Kalkotour. There are are still a few seats left for the dinner, so buy your tickets here now. For the evening, three French musicians and groups will be playing: 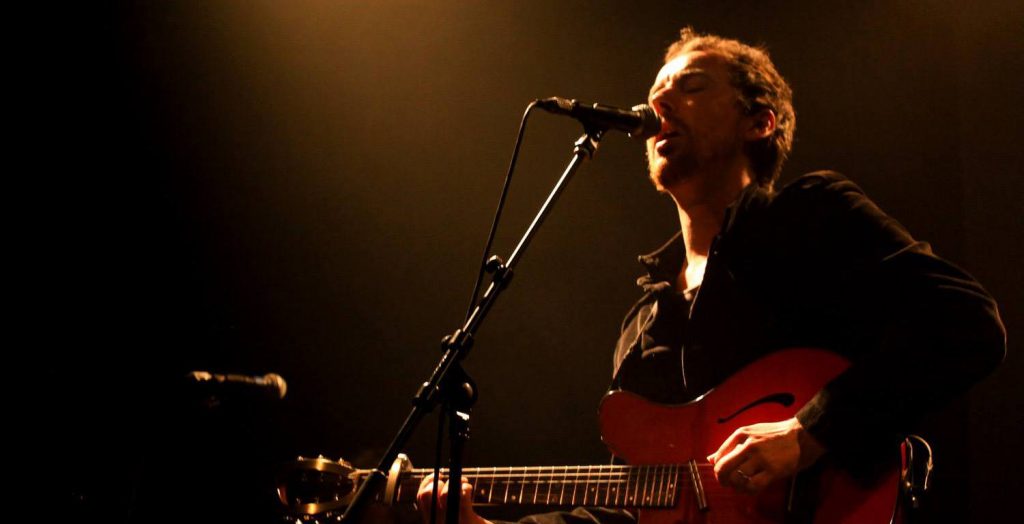 Matthieu Eveillard released four LP’s with his Breton folk-rock band Kowalski before relocating to New York two years ago to pursue a solo career. He’s taken his new folk French tunes into various lower Manhattan venues in the East and West Villages. Last September he released a solo album, simply titled New York. Eveillard is working on a new record with a touch of electro blended into his folk stylings. He’s most notably collaborated with DJ Angola on songs “Can’t Stop.” 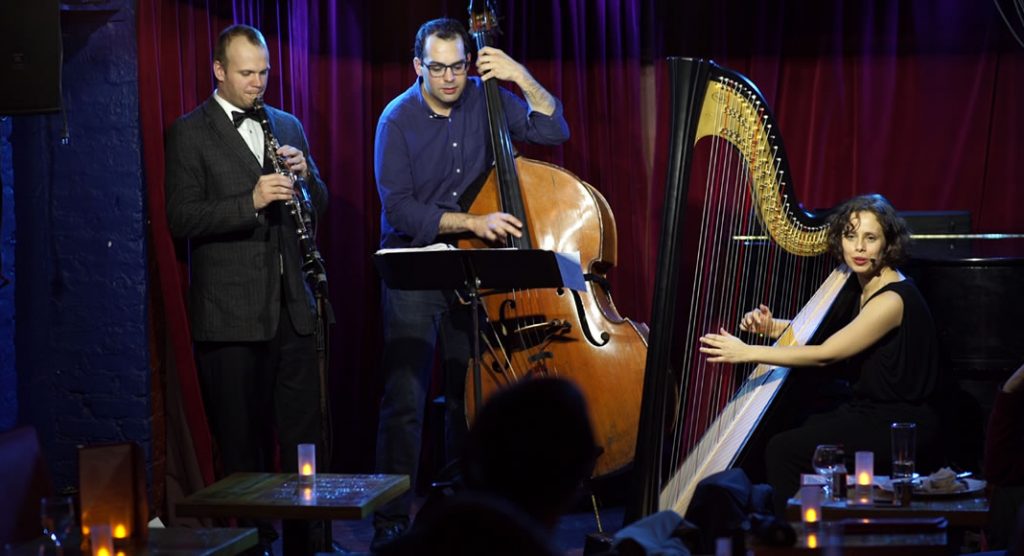 Le So French Cabaret jazz band was founded in Boston five years ago by Berklee College of Music graduate Margot Varret, who makes her living as a French harpist, jazz singer, and songwriter. The group mostly players French and American jazz from the 30s for ensembles with harp. For the last three years, So French Cabaret has been performing in prestigious jazz clubs such as Club Bonafide and Cornelia Street Cafe. 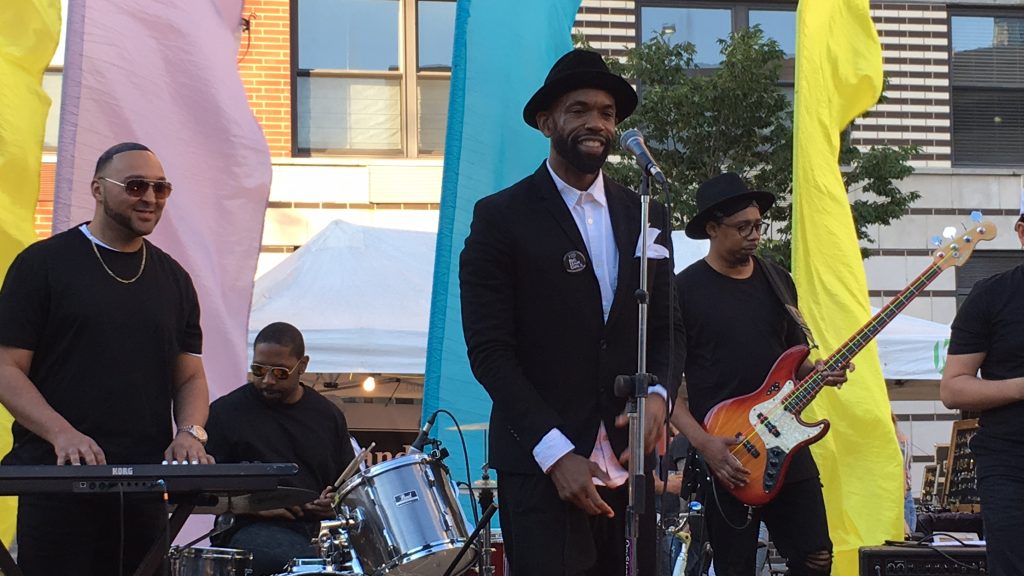 Yarnell is a songwriter, composer, and singer. His inspiration comes from funk, dance, and soul music. Once he moved to New York City from the Midwest (Ohio), he quickly dove into the music scene. His song “Picture This” became a favorite for lovers of the house and dance genres all around the world. Yarnell recently debuted his new single “Release” and his next EP is coming soon. He’ll be onstage with artists hailing from Haiti, Martinique, Saint Domingue, and the US.