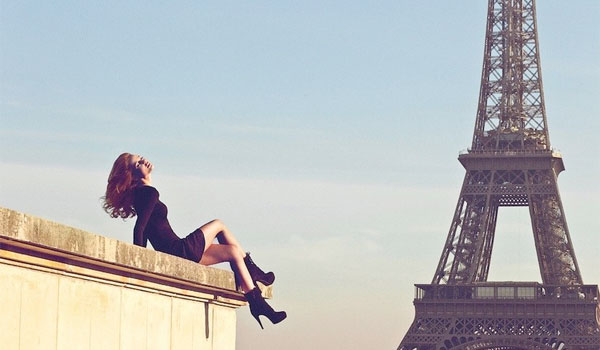 Why If The French Were Less French Things Might Be Better

As men’s fashion week came to a close this weekend in Paris, and before the start of the haute couture shows next week, there seemed to be a consensus in the media that at least when it comes to men’s fashion Paris remains a leader in creativity and originality, and that the city doesn’t have to justify its old nickname as the “capitale de la mode.” It’s a concept the French still often use to describe Paris, even though it’s more of a historical label now. It really doesn’t correspond to the “geopolitical reality” of the fashion industry anymore, as the Le Monde newspaper points out. Cities like London and New York have long since taken over as the centers of innovation and trend-setting. Paris will always be a city inextricably identified with fashion, but here is not really where it’s happening anymore.

Any French people reading this post might go on alert at this point, or heave a weary sigh, and steel themselves for another round of what they call “French-bashing.” Yet another story about the desuetude of a place once grand, or criticism about its inability to change and its inevitable decline.

But it won’t be. Not exactly.

What brought me to this topic was, to be sure, a story (yet another) about France’s inability to enact any of the real structural reforms it needs to move forward, and the pessimism of the majority of the French about their own future. But the interesting part is less what it said about decline, than what it said about innovation.

The story originated in a report by Jean Pisani-Ferry, a well-known French economist and adviser to many administrations over the years, who currently has the parodic-sounding title of Commissioner-General of the French Prime Minister’s Policy Planning Staff. On Wednesday, he sent a report to President Hollande entitled “What Future For France in Ten Years?” Sounds optimistic and forward-thinking, right?

The conclusions, however, weren’t all that glorious. The government is doing essentially none of what Pisani-Ferry recommends that France should be doing to get back on the road to growth (more troublingly, he even found that some French people weren’t even sure they want a return to growth, which says a lot about a certain mood of disillusion). But he also tried figuring out what exactly is preventing France from taking off, what’s dragging it down compared to the rest of Europe. It’s not that France isn’t ambitious, or outward-looking or innovative, he observes, it’s just the intrinsically French way in which it is these things that might be holding it back.

Take, for example, innovation. Pisani-Ferry says that French engineers have always been better at developing radical innovation (rather than the German-style incremental progress). But French society, he says, culturally and structurally, aspires to stability. This is an obvious conflict, if not an impasse. It’s true that those French engineers who’ve ventured abroad have become a particularly valued asset in Silicon Valley, recruited for the expertise and mental horsepower they acquire in France. In fact, there are now 60,000 French nationals living in the hotbed of radical innovation in the U.S., one of the biggest French diasporas.

But it’s rare that foreign money —much less American investors— come to develop innovation or hunt those talents in France (c.f. Maurice Taylor). There’s too much apprehension about the investment climate, the social climate, precisely that menace of an overbearing status quo and all the structural impediments to making it change. A recent Bain study showed that fewer than 13 percent of American companies view France as an attractive place to do business today —a dramatic drop from 56% just a few years ago, in 2011. Unlocking all the barriers to access seems overwhelming, even for the French themselves, says Pisani-Ferry, who describes a rigid social fabric that doesn’t allow for mobility between different professions, or job types, let alone any status mobility.

It’s as though France —its growth, its brighter future, and the end of French-bashing— were a victim of locked-in syndrome: its lively, vital, dynamic, potential locked inside an invisible grid of paralysis that no one seems to be able to cure. France is highly aware of its potential, others perceive it, but no one can really get active access to it.

Take food, for example, another sector that, like fashion, is so intrinsically part of French identity. There is actually a tremendous amount of innovation happening in cuisine in Paris right now, a whole new generation of bistronomique restaurants popping up, young chefs creating inventive market-based menus and technical mastery, sourcing products differently, serving novel natural wines, opening in improbable spaces located in formerly working-class neighborhoods, changing the conversation about food. Restaurants like Encore, Bones, Kei, Abri, Buvette, Restaurant AT, just to name a few that have opened in the past two years. But so many of the innovators behind these new foodie success stories are…not French. They are Japanese, Australian, half-American.

It’s commendable —and unusual— that there is space for foreigners to find their place and to succeed, an openness that France’s professional world isn’t necessarily known for (recall the rigid social fabric from above). But at the same time, if ever there were a sector in which the French ought to be easily, naturally, almost obviously getting ahead of the rest, seeking out and testing disruptive innovation, shouldn’t it be food? It’s as though, even on terrain so symbolically its own, the French had less agility to innovate.

So what is the cure for the paralysis? Pisani-Ferry cites a whole laundry list of social and economic aches and pains to treat, but the real malaise according to him seems to be just as much in the mind as in the body of France. He cites a recent poll that found that 69% of the French actually consider that “democracy in France doesn’t work very well or doesn’t work well at all.” So maybe the real question is, what is he cure for dysfunctional democracy?

It’s a good thing the French are supposed to be good at radical innovation, because it’s urgently needed. They just better figure out how to be less French about it.