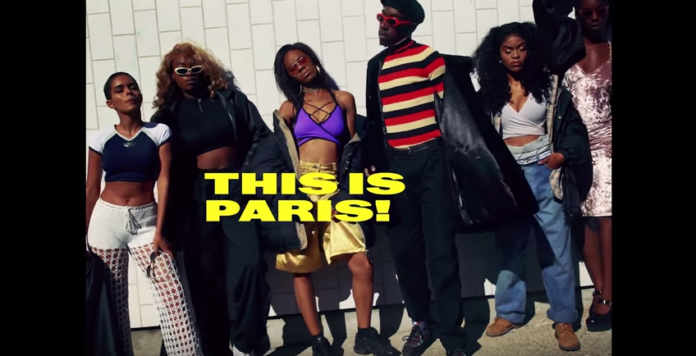 If Paris Fashion Week was all stuffy Chanel suits and Cartier pearls, it would be tragically forgetting the living, breathing, and effortlessly chic people that make up the city’s cultural capital.

What better way to reflect that culture than with dancing?

Street dancing has a pretty long history in Paris. In the 80’s and 90’s, African and Arabic communities in the suburbs (or banlieus) of Paris took the hip hop that had originated in America and transformed it into their own cultural masterpiece. Since then, French rap, breakdancing, and hip hop has influenced the world of modern dance and music and continues to do so today, with rappers like Kerry James and dancers like Les Twins.

Maybe Vogue knows that watching a bunch of models sulkily strut down the catwalk gets a little boring after a while. So they put some of this year’s best Paris Fashion Week looks on model Adwoa Aboah and Paris’ best dancers–Ibrahim Gueme, Kyf Ekamé, Chris McCarthy, and Achraf Jendane, to name a few–creating one of the most vibrant things to come out of this year’s PFW.