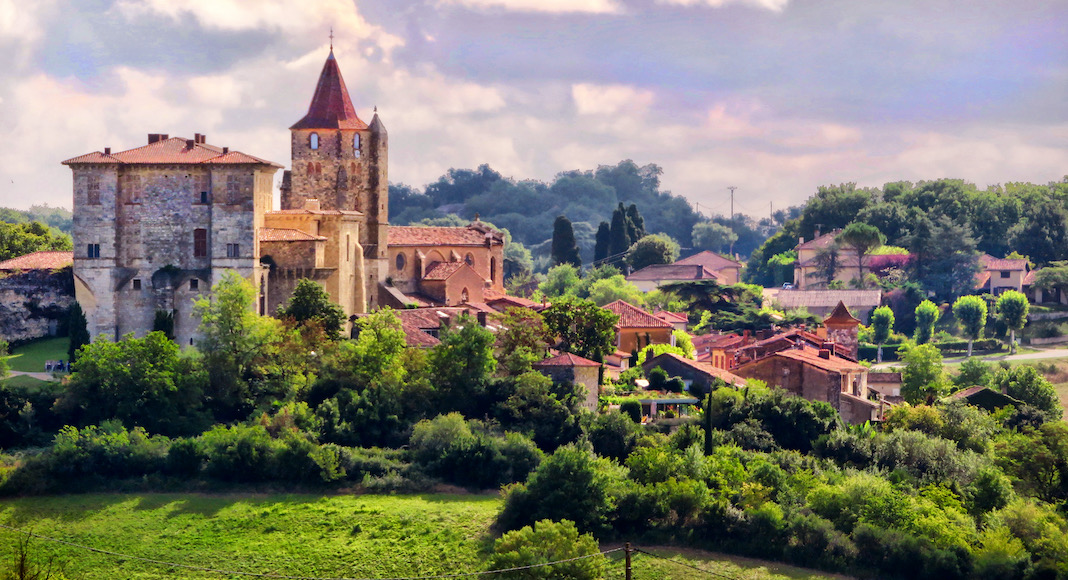 Two years and counting since the Pandemic began, we’ve all got the travel bug. But the idea of going to a busy city full of strangers might still fill some of us with anxiety. It’s time for nature. It’s time to take things slow. It might even be time to visit somewhere you’ve never heard of.

Deep in the heart of southwestern France, in a land filled with chateaux, farmers markets, wineries, Armagnac distilleries, artisan studios, antique fairs, and over 200 bastides (fortified villages), is the region of Gascony. Known as “the Tuscany of France,” a former English colony, land of d’Artagnan and Cyrano de Bergerac. “It’s still rural, not much has changed since the 1950s. They have no desire to move into the modern age. But I like that about the area… You can drive on the road and not see another car all day. You see vineyards for miles and miles, and beautiful blonde Aquitaine cows,” explains Sue Aran, founder of French Country Adventures. “The people are very welcoming… They’re wonderfully mercurial and private but friendly and welcoming, and so it’s been a really special experience to get to know them… They’re absolutely enthused that Americans want to come to this area.”

Aran has been obsessed with the region since the age of 16, when she moved to Gascony to live with a local family, where she was raised by the granddaughter of the French sculptor Antoine Bordelle in a house full of Napoleon furniture. Her grandfather was born in the Pyrenees in Val d’Aran, on the French-Spanish border, and when she went to the region to try and find more information on her grandfather, she was met with the pleasant surprise that just about everything in the region bares her last name… though it did make her genealogical research a bit more difficult.

After renting a house in Gascony in skiing territory and joking with her husband about retiring there, they discovered a beautiful ruin for sale and decided to buy it and renovate it. A former architect and designer in Seattle, Aran decided to remodel the ruin and try to live between Seattle and France. After a six year legal battle with a faulty builder involved in the renovations, followed by a divorce, she was left wondering what to do now that she had worked so hard to stay in France. Without the proper French credentials to continue working as an architect, she decided instead to open a small tourism company in 2013. She has been building a following since 2006 through her blog about Gascony (which she writes to this day), and by contributing to magazines like Bonjour Paris and France Today, and her business has spread quickly by word of mouth.

Now, she focuses on a trend known as “slow travel.” “My philosophy is, ‘do less, experience more.’ I wanted people to get a feeling for what it’s like to live here in a slower community, and what it feels like to live like a local.”

And people are into it. Visitors from the U.S., U.K., and Australia come year after year to explore small local villages with Aran. “I think the best part of the trip for most people is meeting the local producers, the winemakers, the Armagnac makers, and because of the relationships I’ve developed with them, they are accepted into the households and the gardens and the wineries in a way that other people would not be. So it becomes a very personal experience for them.”

After doing only one tour during lockdown (for two Netherlands-based American diplomats looking for a one-day “Armagnac extravaganza”), Aran feels that, post-Covid, people are looking for something a little more out of their comfort zone. “I think people really want to experience daily living slowly in other cultures, it’s so rewarding and educational, and, I think, important, because for most people Covid has pointed out that life is short, and it makes everything else more meaningful in your life.”

French Country Adventures focuses on tours of Gascony; the Basque region; and Tarn, Gard, & Bouches-du-Rhône; priced at $2,000-$4000 per person, depending on the tour. Each tour has a cap of six people, and all must be over the age of 21 (unless otherwise arranged). Smaller trips and custom trips are also available. Reserve your place here.