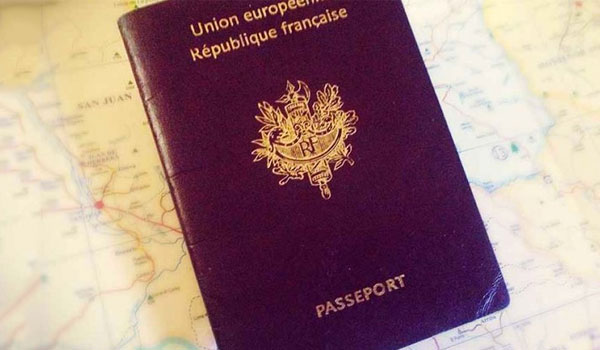 “Being Franco-American is part of my DNA,” says Jeremy Da, who was born to an American mother and a French father. For this Angelino, being a dual citizen is about more than having two passports—it’s a way of life, a state of mind. It’s makes you “open to other cultures, to understanding different points of view,” he says. “It’s an incalculable asset.”

We can say with 99.9% certainty that none of the binationals cited in this article will ever have their French citizenship—their by right of their birth—stripped by the Draconian measures being pushed through Parliament, and they certainly have no sympathy for jihadists. However, many of them watch the ongoing debates about nationality that has consumed French politics with a degree of sadness or anger.

After François Hollande’s fiery speech to Congrès in the wake of the November 13th attacks first invoked the possibility of stripping binational terrorists of their French citizenship, the conversation has transformed into a larger debate over dual citizenship itself, amidst growing support for the Front National at the polls. Republicain deputy Bernard Debré was one of the first politicians to wade into the morass up to his neck, calling for an end to dual nationality altogether in an interview with Le Figaro, a position long advocated by the Front National. On social networks, binationals around the world have spoke up; the hashtag #JeSuisBinational emerged on Twitter; outrage from Franco-Somethings named and anonymous circulated around Facebook and across the media.

Da—who besides being a born binational, is also the founder of a translation company RGB Translation—isn’t that surprised to see France being torn apart by the debate. He feels the same sense of unease as he did in the 90s, when he lived in France. “With the rise of the Front National, my mother was worried that we couldn’t stay in France. She told us that we should probably move. I was shocked at the time—I’d forgotten all about that until this debate resurfaced.”

“I couldn’t choose between my nationalities”

Charles Kergaravat, who was born in New York to French parents, has only one adjective to describe what he’s witnessing: sadness. “It’s larger than the issue of dual nationality. It’s a question of identity. We have trouble with the idea that one person can be many things at once, that one could be 100% French but also something else,” says Kergaravat, who founded the Breizh America collection. “A binational is someone who is open to the world, affected by many cultures. I am a Frenchy born in New York with ancestors who were at ​​Verdun…”

“I couldn’t choose between my two nationalities. It’s both or nothing” for Grégory Neveu, founder of the creative agency Source Creative in New York—he was born in Philadelphia to French parents.

The concept of forfeiture of citizenship has been around in French law since 1848, meant to punish individuals who continued to engage in human slavery. Since the passage of the Guigou law in 1998, however, it has applied to perpetrators of terrorism, high treason, espionage, or anything detrimental to the security of France who had acquired French nationality in the last decade.

The desired constitutional revision by François Hollande would extend this measure to all binationals, whether French-born or naturalized. It will come before the National Assembly on February 5th and the Senate on March 16th.

“It’s a Franco-French debate because it’s purely symbolic, and it’s absolutely ineffective,” says Pierre, who leans Right and acquired U.S. citizenship in the 90s. He wished to remain anonymous. “I have no problem with taking citizenship away from someone who has committed a crime. When you come to the United States and commit a serious crime, you’re expelled from the country. I see no harm in it,” he said. “I’m not threatened by this. We’ll never come to the point where citizenship will be stripped from someone in France, I’m sure.”

On the Left, several representatives of the French diaspora are on the front lines, criticizing the constitutional revision. That’s the case with Hélène Conway-Mouret, the Socialist Party senator who represents French nationals living abroad, who was formerly the Minister for French Expatriates in the Ayrault government. Along with other members of the left, she signed a petition calling for the withdrawal of the constitutional measure, calling it “unnecessary” and its potential impact “discriminatory and stigmatizing and likely to have effects counter to those intended.”

It’s a view shared by Jeremy Da. “This [constitutional amendment] is a short-term solution. In the long term, it could create deep animosity,” he posits. “If they took away my nationality, that would be unimaginable. That’s like asking me to choose between my parents.”

This article was translated from French by our editor-in-chief. Some idiomatic changes were made.