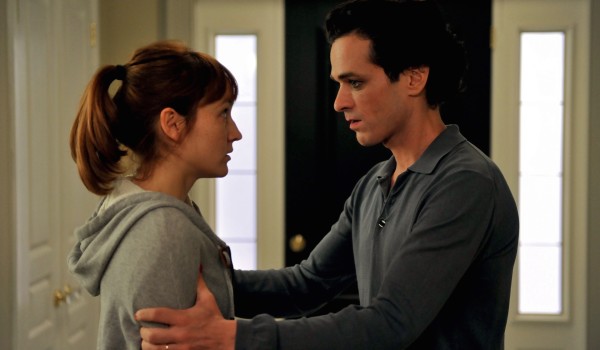 ... and also in other select cities.

New York got to discover it a week early, but the rest of the US is about to meet François Ozon’s latest film The New Girlfriend, in select theaters this Friday. This film, which came out in France in 2014, explores questions of gender identity and sexuality through remarkable performances that are sure to move you.

It’s the story of Claire (Anaïs Demoustier) whose best friend Laura dies suddenly, leaving Claire with the responsibility of looking after her daughter and widower, David (Romain Duris). By chance, Claire discovers David’s affinity for dressing in women’s clothing, which both troubles and seduces her. Claire and David deepen their relationship, blurring the lines between genders along the way.

Duris, playing David dressed as a woman, shows a never-before-seen feminine side that is alluring. Demoustier is touching in the role of Claire, a woman pained by death but awakened as well, grappling with unforeseen emotional obstacles and opportunities.

Both funny and sad, The New Girlfriend is one of those films that resists being categorized under any label other than “French.”

... and also in other select cities.