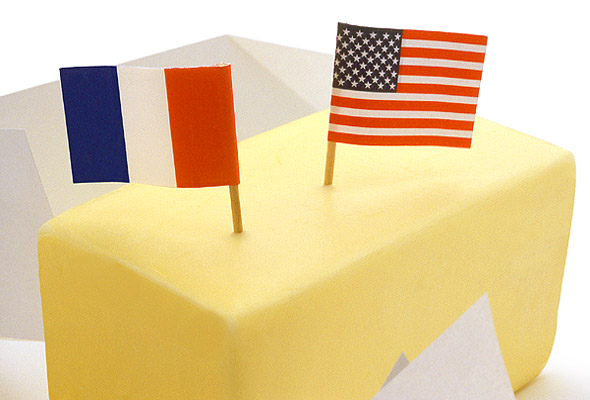 A new Gallup poll has pinned France’s favorability rating in the United States at a 25-year high of 87%.

In 1991, France had a 79% favorability rating, which dipped slightly through the decade only to return to 79% in 2002. But then the second Iraq war happened and France balked at the idea of going back to fight in the region. By 2003, France enjoyed plummeting favor with Americans, cratering at 34% in the poll, and the country started taking punitive measures, renaming French fries “freedom fries” despite their probable provenance in Belgium. In some places, French toast suffered the same fate.

Members of the House Of Representatives Bob New and Walter Jones changed the names of both in the House’s cafeterias, having been inspired by restaurant owner Neal Rowland, who had renamed fries at his North Carolina diner Cubbie’s. All three, of course, are Republicans. In a statement released at the time, Ney said that the move was to express the “displeasure” many politicans in D.C. felt for “our so-called ally, France.”

As usual, the GOP—who took to using the Simpsons-borne epithet “cheese-eating surrender monkeys” when referring to the French—forgot their history for a while but slowly remembered that France was America’s first true ally and, it could be said, along with Great Britain, one of the two countries most responsible for there being an independent United States.

Gallup pins the rising fortunes of the French among American Republicans to the country’s strong support for the anti-Daesh coalition led by the U.S., as well as sympathy and empathy following the two terrorist attacks of 2015. After the last of those in November of last year, President Obama helpfully reminded the American people and the world that France was and is, in fact, America’s “oldest ally.”

Representative Walter B. Jones, Jr. continues to serve the 3rd District of North Carolina in the House; Bob Ney resigned in 2006, heading off an expulsion vote after pleading guilty to conspiring to defraud the United States and falsifying financial disclosure documents. Ney was sentenced to 30 months in prison, of which he only served 17, some of which he spent bunking with Richard Hatch, the first winner of Survivor. Neither Ney nor Jones responded to requests for comment on this article—we didn’t even attempt to contact Hatch. Cubbie’s closed some time in 2009.