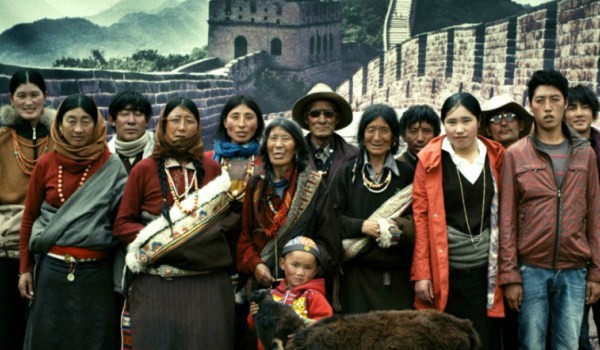 France a Strong Presence at the Oscars Thanks to Co-Productions

When it comes to cinematic collaborations between countries France is an obvious leader, a phenomenon that’s clearly evidenced by six French co-productions that were nominated for Oscars this year.

The most talked-about French film in the Oscars race was surely Two Days, One Night (Deux jours, une unit) — a Franco-Belgian production by the Dardenne brothers, whose lead actress Marion Cotillard has been nominated for Best Actress. But the 5 other co-productions were no less spectacular. Timbuktu —  a collaboration between France and Mauritius — was in the race for Best Foreign Language film; Salt of the Earth, a Franco-Brazilian documentary by Wim Wenders lost to Citizenfour for Best Feature Documentary; animated feature Song of the Sea from France, Ireland, Luxembourg, Belgium and Denmark was up for Best Animated Feature but lost to Big Hero 6; and finally Franco-Israeli production “Aya” by Yael Abecassis and “Butter Lamp,” a Franco-Chinese film shot on the Tibetan border, were up for awards in the short film category.

And though France’s presence was strong this year, it pales in comparison to last year’s list of co-productions in the Oscars race: out of 83 films, a record 13 were French productions or co-productions. At the time, Isabelle Giordano, Director of UniFrance issued a statement celebrating the co-production phenomenon, calling it “an opening towards other cinematography [that] feeds our own cinema, inspires our film makers and allows us a formidable international reach.”

So why does France have such a successful co-production record? “There are two reasons,” explains François Truffart, Director of the City of Lights/City of Angels (CoLCoA) French film festival in Los Angeles. “First of all, France has a long tradition of supporting film making through a system of subsidization that is unique worldwide.” By funding productions in advance of revenues — a system established by André Malraux in 1959 when he created the Centre National du Cinéma —  some 25 million euros are used to fund about 60 productions each year, many of which are independent films. In 2012, an additional six million euros was set aside for an “Aid for international cinema” fund dedicated to co-productions.

“The other reason,” says Truffart, “is that cinema in general in other countries is not very well funded. Foreign directors have every reason in the world to turn to France to produce their films. They can take advantage of the subsidy system that lends itself very well to co-productions and foreign collaborations. France has always shown and continues to show a huge interest in foreign cinema.”

In 2014, 41% of French films were international co-productions according to a report issued by the CNC this month, or 106 out of 258 films surveyed. It’s a huge percentage, and although its is slightly down from 43% in 2013, it represents the average for the past decade.

“We’ve been able to notice a growing interest for Franco-Asian productions over the last few years,” says Truffart, “Asia is a market for cinema that is in the midst of a huge expansion.” Truffart’s ColCoa festival served as a launch pad in the US for this year’s Oscar-nominated short film “Butter Lamp.” Director Hu Wei, an ardent fan of French cinema, went to study the art in France where he met the film’s producer, Julien Ferret. “When Hu Wei told me about his idea for a short film in 2009, I was seduced and I set about looking for financing opportunities,” Ferret says.

“At the end of 2010 we got funding from the CNC” — to the tune of 70,000 euro — “as well as from the Arte TV channel,” says Ferret, “This source of funding is particularly useful for co-producers of short films who wish to film 100% in a foreign language.” Feature length films, on the other hand, must be at least 50% in French in order to be funded by the CNC. “For us it was a boon because we were focusing on nomads living on the Tibetan border and our film had to be shot in Tibetan.”

Besides the obvious economic value, Ferret says co-productions have enormous artistic benefits. “Working with foreign artists allows us to get off the beaten path, get away from clichés, and to confront other points of view,” he says. “Not to mention the sense of adventure that comes with it! How can all of that not stimulate creativity?”