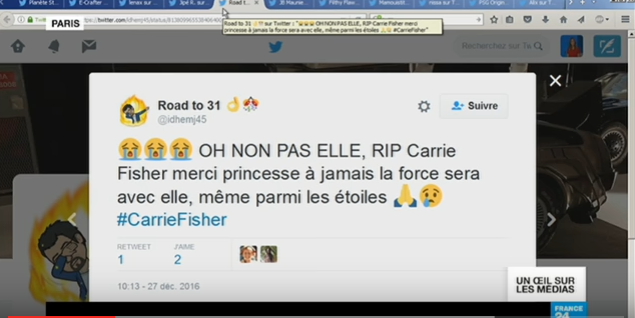 While Star Wars was an American franchise, it was popular worldwide, and in France as well. Last December, the release of the new Star Wars film “The Force Awakens” made record sales in France, selling more than half a million pre-booked tickets even before the film was released. The film featured Fisher, no longer as a princess, but transformed into General Organa, leader of rebel forces.

France mourned with the rest of the world on Wednesday and payed their respects to Fisher. See some of the response on Twitter: