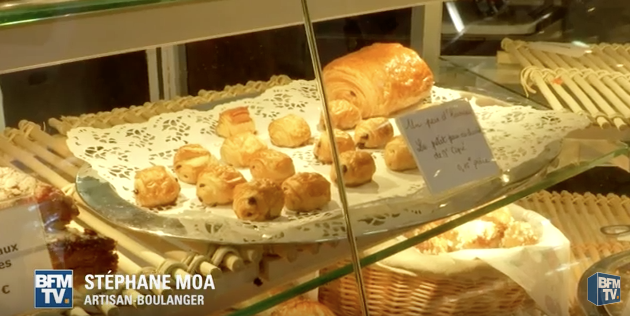 French presidential candidate Jean-François Copé had what some are calling a “Marie Antoinette Moment” in an interview on Europe 1 Radio last week when he said that the famous French pastry, pain au chocolat, only costs 10 or 15 cents.

The moment quickly went viral in France, as French people were quick to assure that, non, the pain au chocolat hasn’t been that cheap in years. It now costs one or two Euros to buy the classic pastry from your local boulangerie.

The hashtag #comptecommecope (meaning “count like Copé”) began trending on Twitter, through which French people mocked the politician for being out of touch with average citizens:

And one boulangerie had even more fun with it, creating mini pain au chocolate that actually cost 15 centimes, with a label that read: “Un peu d’humour: Le petit pain au chocolat de Copé.”

The baker of the tiny pastries, Stéphane Moa, later spoke in an interview about what baking really costs these days (spoiler alert: it’s more than 15 cents).