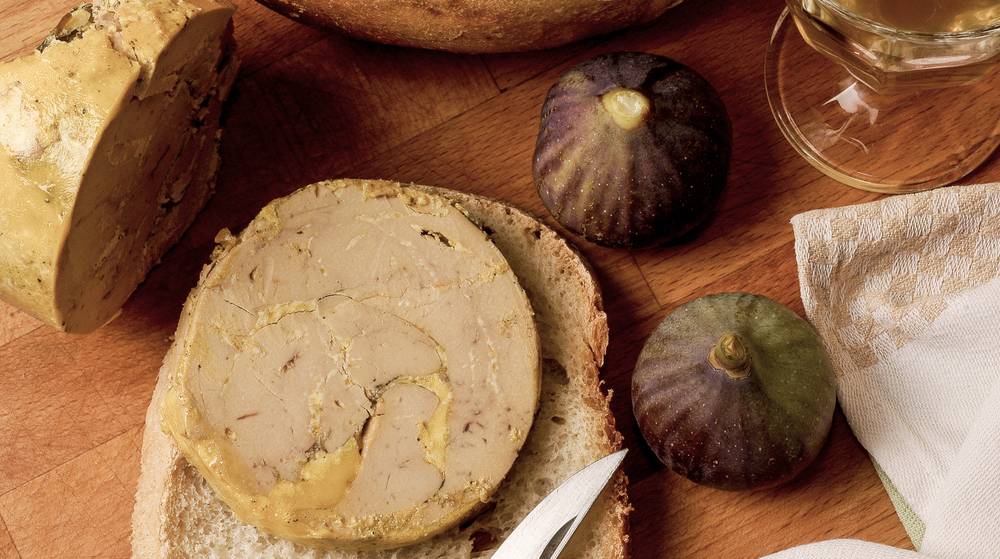 Foie Gras is Banned in California… Now What?

Banned in 2012, authorized in 2015, then suspended in 2017, all before being re-banned in 2019. After many developments, the United States Supreme Court settled the fate of foie gras in California on January 7 by rejecting the case. The 2004 law prohibiting the sale of products that involve the “force feed[ing of] a bird for the purpose of enlarging the bird’s liver beyond normal size” remains in force in the Golden State.

Despite this blow to foodies, chefs, and the industry, opponents of the law are refusing to give up. “We are going back to the first instance to seek an injunction to suspend the application of the law,” says Benoît Cuchet, vice-president of the Association des éleveurs de canards et d’oies du Québec (AECOQ), who is one of the participants in this long legal battle, along with producer Hudson Valley Foie Gras and Hot’s Kitchen’s (now closed) chef, Sean Chaney. He points out that California represents 20% of foie gras sales in the United States.

If the injunction is rejected — they will have an answer within 30 days — they foresee other angles of attack. “After attacking a technical point in the USDA (United States Department of Agriculture) regulations, because a state does not have the right to impose such a restrictive law, we could start from a more constitutional angle, defending the free movement of goods,” he explains, adding that it is an “important fight, a question of freedom.”

“We don’t force anyone to eat foie gras, and the production method has been validated by veterinarians and scientists,” he adds, optimistic. In the meantime, the Quebec association will have to stop working with “one or two foie gras producers.” As for some Californian distributors, who still have a lot of stock to sell, they will send them to other countries, thanks to AECOQ’s connections.

This situation is reminiscent of the previous ban in 2014, which led to the rise of a black market for this luxury product. But this time, the resistance is expected to be “minimal.” The restaurateur of Belle Vie in Los Angeles, Vincent Samarco, a great purveyor of foie gras which he happily had on the menu, will have to do without it: “we cannot afford to pay a fine of $1,000 for a product that we sell for $28.”

“It’s like for Ricard: I don’t have a license, I don’t sell it under the bar. It’s not worth it,” confirms Laurent Vrignaud, founder of the Moulin catering company in Newport Beach. Between November and December 2018, it manufactured about 50 kg (110 lbs) of foie gras. “We’re going to have to eat the last jars ourselves,” he admits, without complaining. Californian restaurateurs have, however, thought of alternatives, such as offering a glass of wine for $50, accompanied by a plate of free foie gras. NPR Radio also noted that customers could bring this culinary specialty to the restaurant themselves and pay a supplement, equivalent to the corkage fee paid by those who come with their own bottle of wine.

Like the French who buy cigarettes in Spain, Californians can also buy their foie gras in the neighboring states of Nevada, Oregon, or Arizona: “Some restaurants in Las Vegas tell us that they have more requests for foie gras, but that’s just anecdotal,” explains Cuchet.

Personal consumption will also be compromised, notes Ariane Daquin, head of the D’Artagnan company. “Even if the law allows it and our business is in New Jersey, our lawyers have advised us not to sell to individuals in California because it could allow members of PETA (People for the Ethical Treatment of Animals) to sue us,” argues this foie advocate. For her, though foie gras sales represented only 5% of her $125 million in sales last year, she sees this as only the beginning: “it is a step towards the dictatorship of vegan extremists.”

The famous San Francisco chef, Dominique Crenn, who has previously used some little foie gras at Bar Crenn, also sees this as an unfair fight. “PETA should do its job better: instead of just targeting small duck producers, we should be looking at what’s happening in industrial chicken and pork production.”