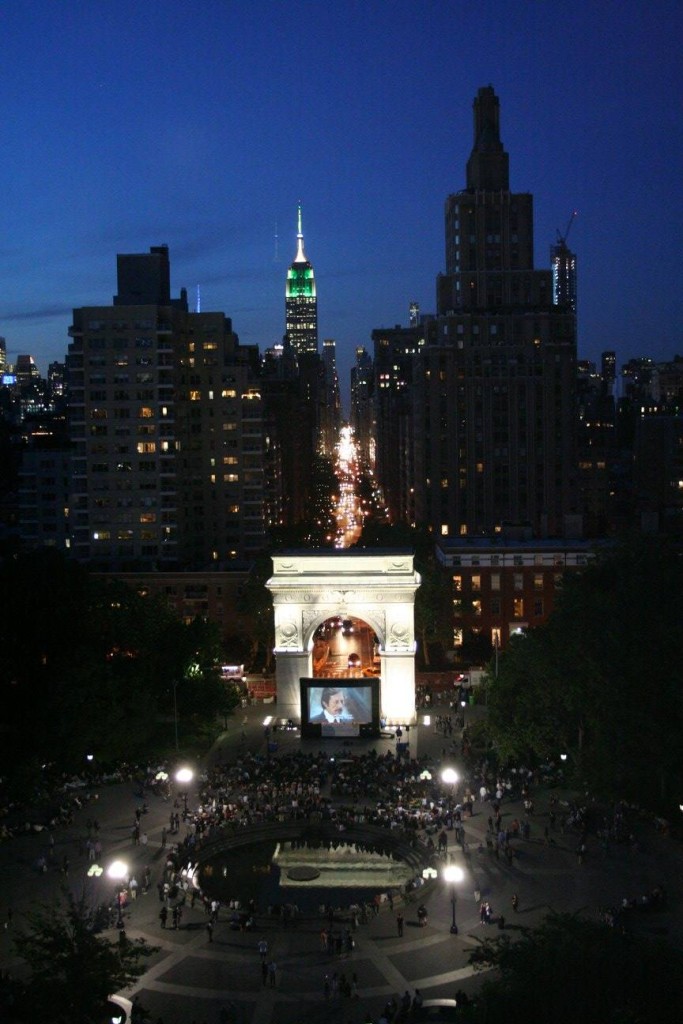 Films on the Green is back for its 10th Year

Catherine Deneuve prepares to go for a run in Central Park, and Brigitte Bardot takes a bath under the Italian sun on the edge of the East River, while Jean Gabin falls crazy in love with the eyes of Michèle Morgan in the East Village. This is all possible this summer 2017.

To celebrate its 10th anniversary, the free open-air film festival Films on the Green has unveiled a program with the biggest classics in French cinéma. Organized by the Cultural Services of the French Embassy, the FACE Foundation, and the City of New York, the festival projects French films, both vintage and contemporary, in parks around the city. For this edition, Films on the Green has asked 10 directors, actors, writers, and artists to pick their favorite French films for the selection that will play this summer.

American actress Wanda Sykes chose Potiche (“The Trophy Wife”) by François Ozon to open the festival on June 2nd at 8:30pm in Central Park (around 79th St.) This satirical comedy depicts the patriarchal France of the 1970s. Catherine Deneuve plays Suzanne Pujol, a perfect homemaker and trophy wife who is constantly discounted by her husband and family. But her little life is upheaved when, after a series of worker strikes, she is suddenly in charge of her husband’s (Fabrice Luchini) business. Set against the backdrop of the hippy-dippy 70s, this hilarious film is an ode to feminism and the emancipation of the French woman.

Even more mythical in French cinema, Le Mépris (“Contempt”) by Jean-Luc Godard will screen at Transmitter Park in Greenpoint on Friday, June 30th at 8:30pm. Chosen by the director Jim Jarmusch, this iconic New Wave cinema film tells the story of a couple as legendary as the characters they’re depicting: Camille (Brigitte Bardot) and Paul (Michel Piccoli). From Rome to Capri, from Cinecitta to the city of Malaparte, these two lovers experience misunderstandings, passion, loss of interest, and hate in a nearly mythical setting.

Tompkins Square Park will be the location for two equally emblematic films in French cinema, La Cérémonie by Claude Chabrol on Friday, July 7 at 8:30pm, and Quai des Brumes (“Port of Shadows”) by Marcel Carmé on Friday, July 14 at 8:30pm.

In partnership with the Mexican Institute of New York, an 11th film will be presented, La Science des rêves by Michel Gondry. It tells the story of Stéphane (Gael Garcia Bernal) who, after returning to France to the apartment where he grew up, rediscovers his childhood and takes refuge in the world of dreams. This film in French and English will be subtitled in Spanish and projected Wednesday, July 12 at 8:30pm in J. Hood Wright Park in Washington Heights.

The Complete Program of Films on the Green 2017: