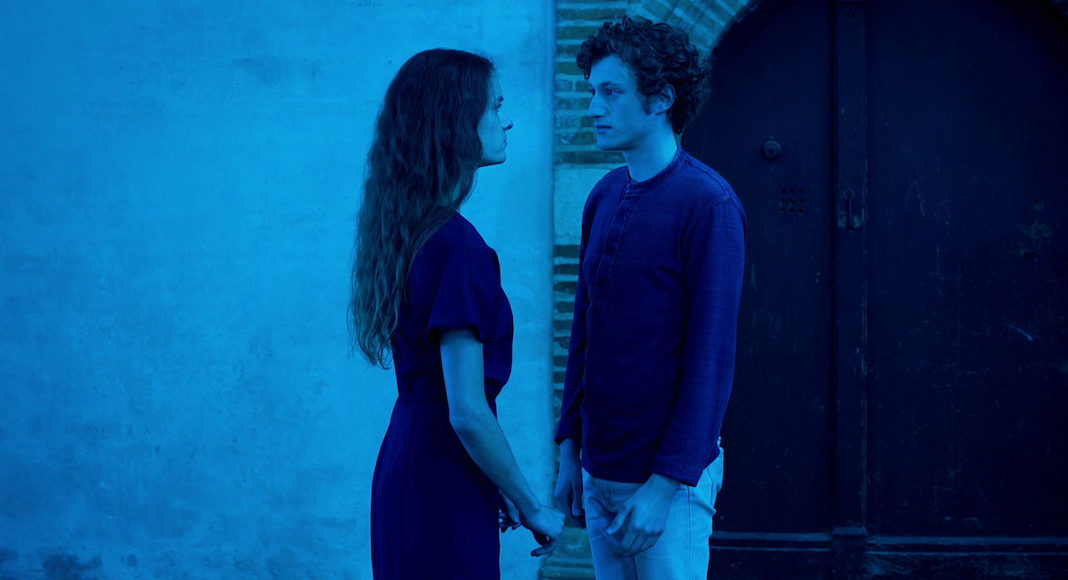 Film Review: “Waiting for the Barbarians” Delves into Mysticism

It’s long been known that Europe is haunted by specters. The continent is home to a remarkable diversity of ghosts. The spirits of victims and perpetrators alike can be divined in museums, shopping arcades, or among ruins ancient or modern. The Ghost of Things to Come looms threateningly over the present, while the past recedes by the day into a faint but ubiquitous phantasmagoria.

The six primary characters in Waiting for the Barbarians, the new film by Eugène Green, are haunted as well. Fearing an imminent raid by the titular hordes, they seek refuge with a sorcerer and his wife; though for all their superstitions, they are nothing if not modern. We know them not by their names, but by their social roles: The Poet, the Bobo, the Bobelle, the Paintress, the Homeless Man, and the anti-Bobo. Despite their differences, they are united by a certain debilitating fear. The anti-Bobo is a politician who refuses to start his political party for fear of defeat, while the Paintress likens the act of working upon a canvas to committing a sexual violation. The feared forces are varyingly identified as Huns, Scythians, and “United States-ians,” though the characters’ true malady evidently lies within. As one of them says, “The barbarians only come when we wait for them.”

Eugène Green is a United States-ian, although fortunately he is no barbarian. On the contrary, the director is a steadfast advocate for a very specific idea of civilization. Green moved from New York to Paris in 1968 to study baroque theater, and his films often shine an affectionate light on the artistic masterworks of the past. Green is drawn to those pieces of art that through prodigious talent and sheer effort make the case that the human being does indeed contain the spark of the divine, such as the Borromini church that lent its name to his 2014 film, La Sapienza. Yet for all his erudition and technical precision, Green’s films themselves are remarkably humble and approachable.

An apostle of Robert Bresson, Green’s direction is highly formal. He is perhaps known above all for staging actors delivering their lines directly to the camera in a declamatory style, but as a student of theater and architecture, he also carefully depicts characters in their environment, whether a bury Parisian streetscape or a Roman chapel. He’s also a formidable wit, and his characters’ brief, declarative statements often take the form of deadpan one-liners.

It’s appropriate that Green’s movie prominently features a sorcerer. Like the alchemists who filled the courts of the baroque past that so fascinates the filmmaker, Green works in the murky, fertile liminal spaces between science and faith, the mind and the spirit. He seeks to transform one substance into another. The film’s introduction text sets this in plain text: “The reality of twelve actors and a small crew becomes a fiction expressing the reality of the world.” Like Bresson, his method is engineered to capture things that aren’t often made evident onscreen; in his case this includes the tangible quality of the human voice or sunlight streaming into a church courtyard.

Waiting for the Barbarians is an unabashedly didactic film, a sort of Better Living Through Anachronistic Theater. The film takes the shape of a journey from darkness into light. The characters first must relinquish their phones, then are released into obscurity to face their inner travails, or, in the case of the poet, to meet a nice girl, the sorcerer’s daughter, who just so happens to be a ghost. Here, Green heightens his usual minimalism, and the light in this vacuous region illuminates only what is essential: the faces of the characters and a well placed detail here and there. After the sorcerer delivers an analysis of some paintings in a church, the motley bunch is treated to a performance of excerpts from the medieval Arthurian romance Jaufre, in which the titular hero is brought back from the dead to dispatch a cruel tyrant. The sorcerer hopes that this experience will produce a sort of awakening in the characters.

Yet this is no art history lesson. Rather, it’s a film about resurrection, which appears in the film twice: as theater in the first case and rather more mysteriously in the second. In both cases, Green films the return to life without resorting to mysticism, finding it in moments of human connection, a shot of joined hands worthy of Bresson, and a moment of eye contact, no less tactile. Green might appear anachronistic, but he’s focused firmly on the present. He attempts to jolt his viewers into the realm of the living, to keep them from assuming a ghostly existence, and in this he is a vital and even a radical artist.