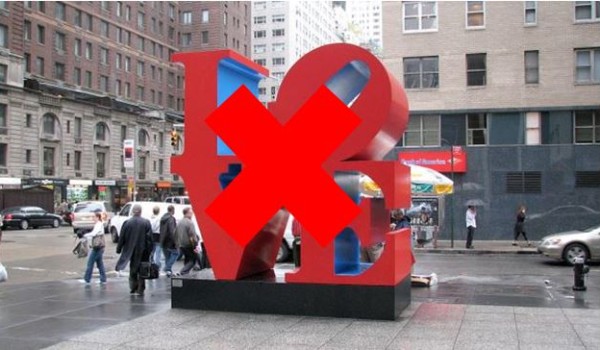 Fed Up with Being Single in NYC, Some French Expats Head Home

Of the French expats who return home after living abroad, most (58%) cite “professional reasons” for the change of heart, 21% cite family reasons, and 18% simply want to see France again in a new light.  But a story the numbers don’t tell is nonetheless on the minds and lips of so many French singles in the Big Apple: they’re lonely, haven’t found their soul-mate, and fear they never will if they stay in the city that never sleeps.

“He was American,” says Cécile (her name has been changed) describing her last relationship in New York, the straw that broke the camel’s back, “He wanted an open relationship — non-exclusive, as they say here. He didn’t want to commit, like all the men in this city, except it took me forever to get that because he didn’t tell me.”

“Anyway, I don’t understand anything about American dating,” says the the defeated 36 year old over coffee “I can’t take it anymore. I’m going back to France. I can’t afford to waste any more time here.”

New York is fantastic, exceptional, magical, and exciting, but what so many French singles discover is that it’s downright unpleasant without Mr. or Mrs. Right, and practically uninhabitable over the long term. It’s a city that laughs at the biological clock and shuns the idea of marriage.

People constantly cite the growing number of singles as an advantage when it comes to dating. What lonely male New Yorker hasn’t been told, for example, the apparently false tale that there are far more single women than men in this city? In reality, the very idea of limitless singles actually makes partnering up over the long-term more difficult.

In a very long article in Vanity Fair, Professor David Buss, a psychologist specializing in human sexuality, explains that modern technology that puts millions single faces at your finger tips adds to the impression, with an effect on the psyche that doesn’t bode well for women like Cécile or anyone looking for long-term love.

“When there is a surplus of women, or a perceived surplus of women, the whole mating system tends to shift towards short-term dating. Marriages become unstable. Divorces increase. Men don’t have to commit, so they pursue a short-term mating strategy. Men are making that shift, and women are forced to go along with it in order to mate at all.”

On top of the feeling of being a tiny fish in an immense ocean of singles, there are the cultural differences between France and the US, which, once charming and even attractive, can become glaring obstacles under the spotlight of sexual tension. “Americans are wary of the reputation the French have for being unfaithful,” says psychotherapist Vivian Jacobs, quickly wiping away any illusions that stereotypes don’t matter in 2015.

Jacobs has worked with many expatriates over the years, specializing in the challenges that come with trying to thrive in a foreign environment. “For expatriates, there’s a pressure to belong,” she says, ”French women who come to the US think they will meet an American but they find that inclusion is limited and there’s not the same depth of feeling here. They’re disappointed and hurt.”

When it comes to French singles desperate to find their soul mates, Nicolas Serres-Cousiné, a life coach and French Morning contributor, can think of four women off the top of his head who were all in real “agony.” “They came here for professional success. They were all around 30 years old, interesting, brilliant, funny, from Grandes écoles,” he says, “They were so sure they would meet someone in New York but they all gradually came to find American dating unbearable.”

“They tried French-style dating but they found themselves so hardened that they were scaring off everyone they met, Europeans and Americans alike.” All four of them returned to France and three of them are in committed relationships today, says Serres-Cousiné, who works mainly with French expats all over the world. “Being single is rarely the reason explicitly given by expats for returning to France,” he continues, “but it’s very often an underlying reason. My advice would be to follow your heart, and definitely do not listen to reason.”

That’s what Jérome, 37, ended up doing after 8 years of “good times” in New York. After several unsuccessful relationships and a career that was souring, he decided to try his luck in Europe. Today, he’s getting ready to marry the love of his life. She’s Spanish. “I did New York. I needed to move forward, to build something. I felt I’d never be able to do that in New York.”

Of course, leaving New York doesn’t mean “the one” will necessarily be waiting for you on the other side of the Atlantic. Maud, who is 32 and getting ready to head home to France after 6 years, is keeping her expectations low. But she leaves sure of one thing: Americans are not for her. “In France, the men that I meet will share my values, my culture and my codes.”

“I don’t have any regrets,” says Maud, “Coming here opened my mind and gave me so many experiences I wouldn’t have had if I had stayed in a happy couple in France. I’m not sure it’s a great idea to couple up very young either,” she concludes.

Cécile is similarly philosophical about her break-up with New York City, “I don’t know whether I’ll find someone in France,” she says, “But I know New York isn’t for me anymore. It was a lovely parentheses, but now I have to close it.”