We all know them, those picture-perfect images of a picture-perfect Parisian life. While this experience may be possible, it isn’t necessarily the quotidienne life of the city’s 2.16 million dwellers. When I first discovered the @fedbyafrenchman Instagram account, it was a breath of fresh air in a field of highly-curated Parisian content. Instead, this account is a casual approach to the country’s culture of eating: be it at-home cooking, Sunday marché shopping, or Monoprix jaunts, unfiltered. And there are few places in the world that can rival the richness of French markets, a true playground for gourmands like Amy Feezor and Pierre Haberer.

The account is moderated by Amy, an American freelance writer who dabbles in everything from books to copywriting, she tells me over email. Pierre, the “Frenchman,” is a film editor and a home-trained cook who has been adapting Amy to the French eating culture since when they first met, in 2014. Apart for his love for media and the home culinary arts, Pierre is a passionate road-tripper often adventuring in his green 1976 Volkswagen van. The couple met when Amy was temporarily living (and dating) in Paris. She moved to the city of lights permanently in 2016; the couple was married in 2018. Today they live in the 20th arrondissement and work for themselves.  They snap away their daily experience for a peek above the French kitchen-table and into the cupboards. 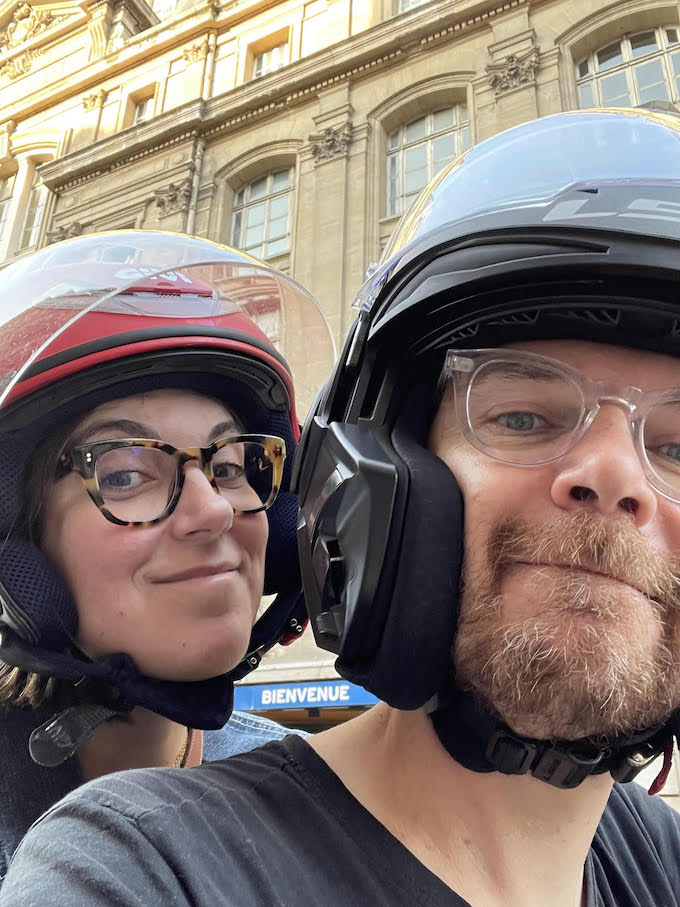 “Pierre is an excellent home-trained cook and he taught me so much about food at a point in my life where I thought I knew it all, especially after living in NYC for 14 years before meeting him,” Amy wrote me in an email. “He’s also very French and very opinionated and it amuses me, so I wanted to start sharing his little ‘lessons’ with friends on Instagram.” The joint Instagram account thus works as an outlet for the two to share home cooking recipes and also plenty of tricks and cheats.

Their most popular bit became that of market shopping with 20 euros in hand. The two have a habit of visiting the greengrocer market towards the very end of the shopping day when the stalls are closing at around 1 pm—that is when they can get bargain prices and the most ripe produce. Although this method isn’t particularly productive when one is cooking a specific dish with fixed ingredients, as the vendors might be sold out by then, this kind of shopping inspires these amateur cooks to whisk up creative and innovative dishes. The two do advise one word of caution when using this method: avoid out of season fruits! “Go for seasonal items for sure,” Amy says. And don’t fret about the ugly, bruised, or deformed veggies and fruits; it’s all beautiful in nature. 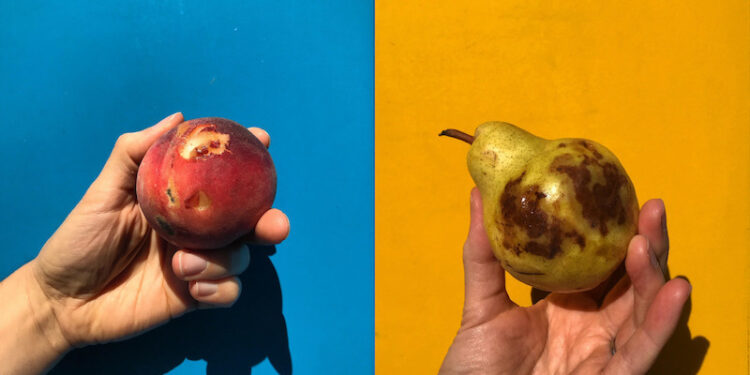 Their Insta also features many vendors of the vendors from whom they shop–and it urges shoppers to engage with those who cultivate and sell their food. They note that it is an important relationship to cultivate in France, and makes you a local. Amy remembers that this was not her exact experience at the local greenmarket in Brooklyn, New York. In fact, she remember’s grocery shopping stateside as more of an anonymous activity, rather than one that forged relationships.

Amy and Pierre recently made an appearance on American journalist Lindsey Tramuta’s uber popular podcast “The New Paris,” where Tramuta explores the novelties of expat living in France. This time, she interviewed the couple about their 20-euro market journeys and what they have learned from one other. 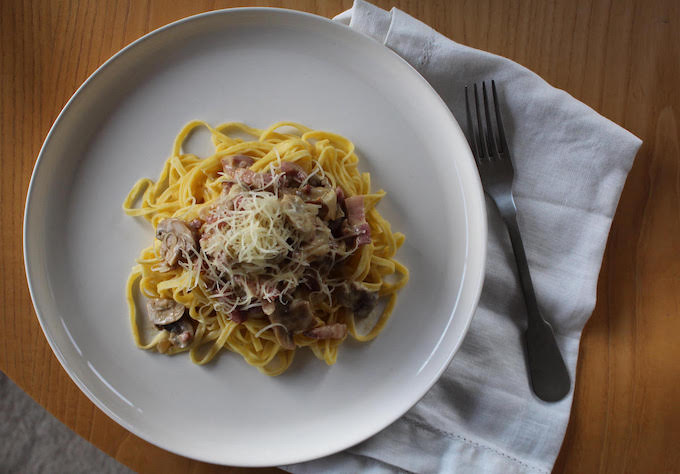 “I want to show the reality of living here,” writes Amy. “We don’t only post Haussmannian buildings and coffee cups on cafe tables (though that is part of the everyday surroundings of living here). I want you to also see the grittiness, the realities of being an expat, and the ugly bruised and overly ripe fruit and veg that my very-French husband will buy at a typical market and turn into dinner.” The couple hopes to soon move the recipes they’ve amassed to FedByAFrenchman.com (not yet in existence) and bookmark a unique space for gourmand francophiles to get a slice of delicious realness.