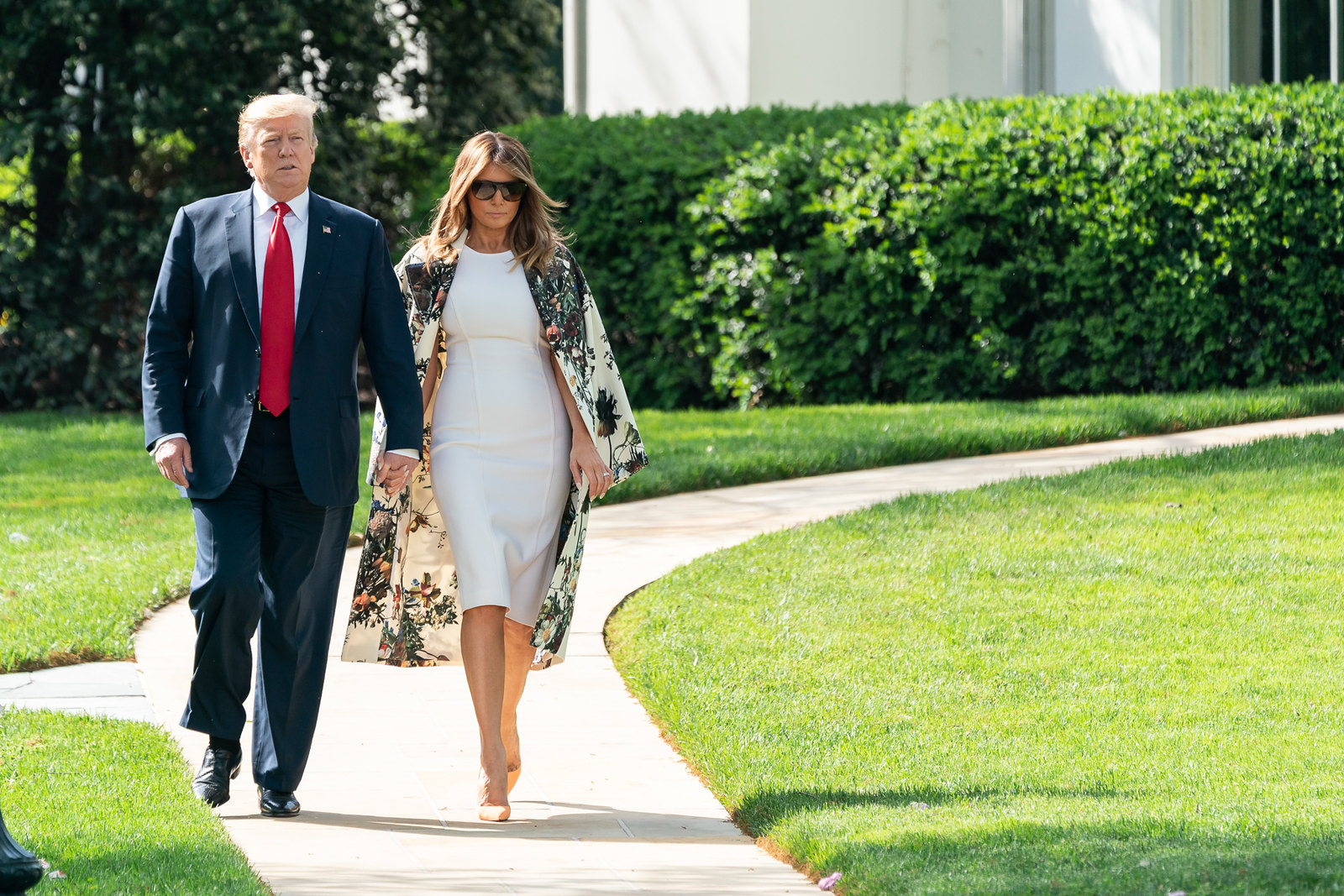 In case you didn’t know, fashion is political.

On November 17th, one of Michelle Obama’s regular outfitters, French designer Sophie Theallet, penned an open letter to the fashion industry declaring that she will neither design for, nor associate with the next First Lady. Theallet did not refer to either Melania Trump nor her husband President-Elect Donald J. Trump by name, instead saying “the next First Lady” and “her husband.”

The fashion world—a place of widespread diversity and inclusivity—would be deeply affected by the implementation of Mr. Trump’s policies. In her letter, Theallet writes: “As [some]one who celebrates and strives for diversity, individual freedom and respect for all lifestyles, I will not participate in dressing or associating in any way with the next First Lady. The rhetoric of racism, sexism and xenophobia unleashed by her husband’s presidential campaign are incompatible with the shared values we live by. I encourage my fellow designers to do the same.”

Now that one designer has taken a stance, the pressure is on for rest to follow suit. So far, much of the left-leaning fashion world is caught in a limbo between their personal beliefs and their profession. Editors-in-chief of Glamour and Elle declined to comment if Melania Trump will grace their covers as Michelle Obama has, while New York designer Bradley Scott told Fox411, “First Lady is First Lady, it’s a position that should be exalted not disrespected.” Chief executive of Rag & Bone, Marcus Wainwright told the New York Times, “It would be hypocritical to say no to dressing a Trump. If we say we are about inclusivity and making American manufacturing great again, then we have to put that before personal political beliefs.” Since the launch of Mr. Trump’s campaign, Melania Trump hasn’t worked with any designers, but rather buys European net-a-porter. In an unusual silence, designers have declined to send out press releases when Melania Trump wears their clothes.

Theallet is the first (and so far only) designer to say that she would not dress the Trumps. The closest thing to support Theallet has gotten comes from designer Kaelen Haworth donating proceeds to charities like Planned Parenthood and the ACLU, Fashionista.com’s promise to cover Melania Trump lightly, and from the editor-in-chief of InStyle, Laura Brown: “We currently have no plans to cover Melania Trump in InStyle.”

And yet, much of the fashion world elite supported, designed, and fundraised for Hillary Clinton. Vogue magazine, Diane Von Furstenburg, Anna Wintour, Tory Burch, Ralph Lauren, and Marc Jacobs were all #WithHer, so why is Theallet the only one to speak out?

Before the French revolution, freedom of speech and expression were non-existent in France. Liberal writers and thinkers were “banned and hounded” by the monarchy, the judiciary, and the church. Throughout the first French revolution, advocates for freedom of speech were persecuted and guillotined. Historian Jonathan Israel explains, “By July 1789, the month of the storming of the Bastille, the question was no longer whether revolutionary France should possess freedom of expression and of the press—all the revolutionaries then agreed that it should.” Freedom of speech became a right through the Declaration of the Rights of Man and Citizen in 1793.

France’s fight for freedom of speech did not end with the first revolution. Freedom of the press (with some exceptions) was granted in 1881. Freedom of expression and press was then restricted during the Occupations of World Wars I and II. In 1948, the UN’s Universal Declaration of Rights passed in Paris. France’s strong convictions about freedom of expression have lead its journalists to speak out against some of the greater evils of the world, and they’ve suffered as a result. In January 2015, two men working for a division of Al-Qaeda assassinated 12 journalists and injured 11 more at the headquarters of the liberal publication Charlie Hebdo in an obvious attack on freedom of the press.

Enter Mr. Trump, a man who wants to “open up the libel laws” so that journalists are easier to sue, and has rejected access by a press pool. Some feel that this is a threat to freedom of speech and the press. This is not unfamiliar territory for France.

In Theallet’s letter, she states, “As an independent fashion brand, we consider our voice an expression of our artistic and philosophical ideas. The Sophie Theallet brand stands against all discrimination and prejudice. Our runway shows, ad campaigns, and celebrity dressing have always been a celebration of diversity and a reflection of the world we live in.” Her voice is in her craft, so through her craft she speaks.

Like many French people before her, Theallet remembers the long battle for her rights to expression, and takes up her pen. She refuses to be silent.