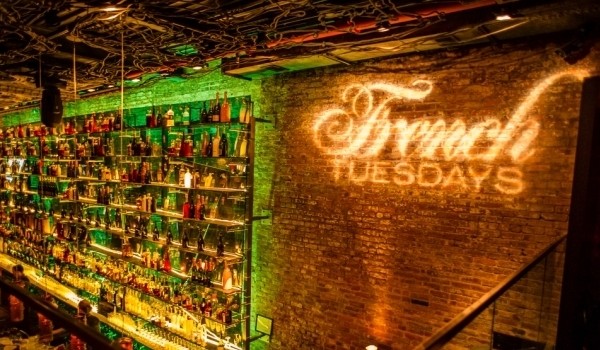 Exclusive French Club Celebrates 10 Years –and Everyone is Invited

Ten years ago, Gilles Amsallem took out his French passport to sign for a package at the post office when, to his dismay, the clerk turned him away. It was the dawn of the Iraq war, and his country had chosen the wrong side. Troubling though it was, the incident inspired an idea in Amsallem and his friend Pierre Battu. “We wanted to organize a group of French people so that we could commiserate regularly,” explains Amsallem.  French Tuesdays was born.

A decade later, the group has transformed from a close-knit compatriot collective into an international social phenomenon with hundreds of participants every week in 17 cities worldwide including New York, Miami, LA, San Francisco, Paris, Sao Paolo, Shanghai, Hanoi, and Taipei.

French Tuesdays brings together French and Francophile movers and shakers — a population they attract by keeping the club exclusive. Membership is by invitation only, and Amsallem plans to keep it that way. “The aspects that have made the group successful are the same: exclusivity, and a dress code. We haven’t strayed from the original idea.”

As it turns out, that original idea has made French Tuesdays into a flourishing business. “We started as a social event, but now we’re a marketing group for experiences, a global social network that can launch a product simultaneously in 17 cities,” says Amsallem, “Some people still think we’re just a group of French people. That’s no longer the case.”

To celebrate “10 years of fun” French Tuesdays will be at Capitale on October 8th for a birthday bash complete with a giant cake.  Don’t know any members? Well, it’s your lucky Tuesday: in an unusual break with tradition, everyone is invited to this party.