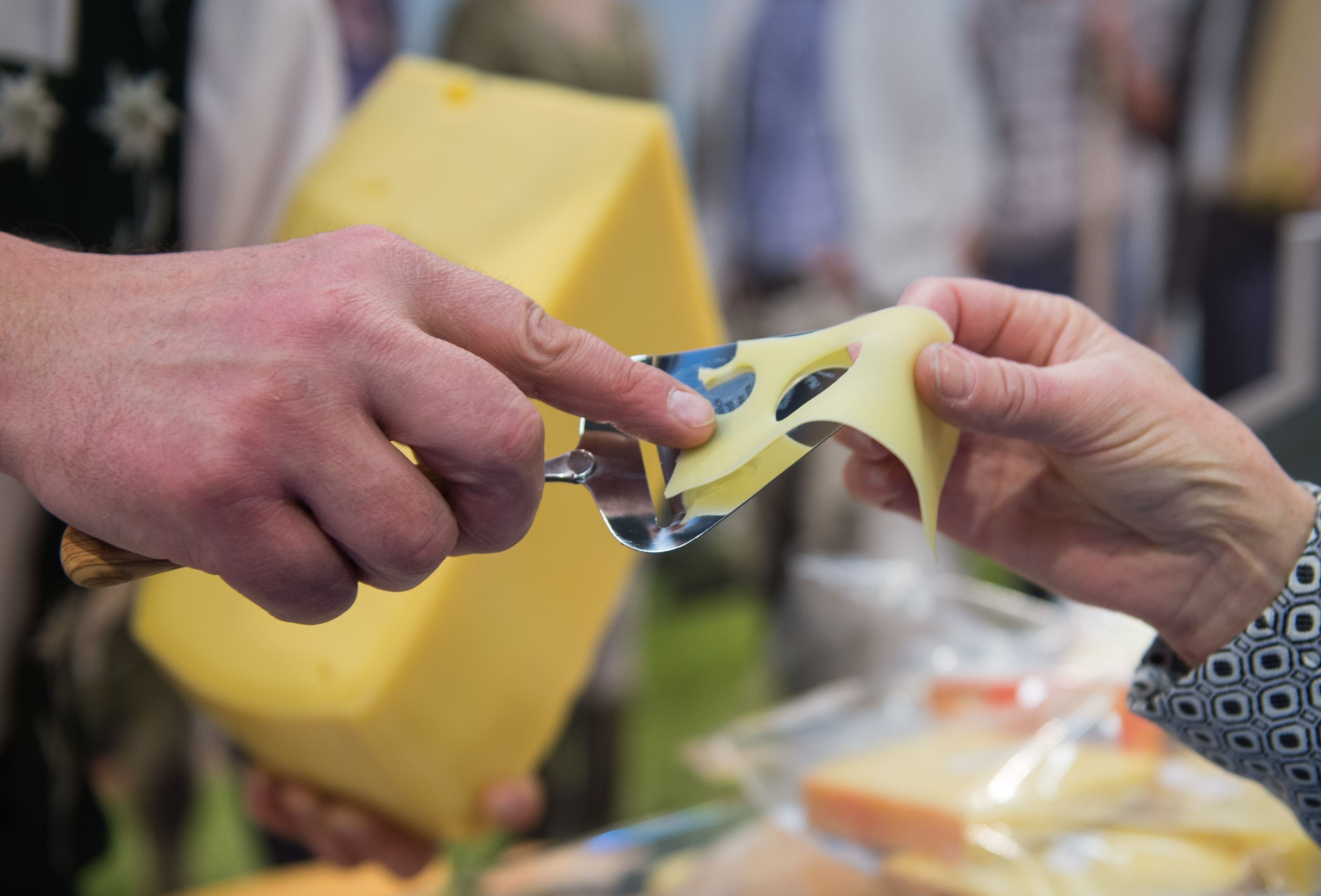 Even a Cheese Phobic Says “Oui” When Love’s at Stake

Among the conversation topics that come up over drinks with friends, a best-seller is the play-by-play of the first time one was invited for dinner at the family home of his or her significant other. When I tell that story to those that know me well, all I have to say is, “They bought cheese just for me.”

Once upon a time, these same friends were the audience of a budding romance that was all cliché—in a good way. My French beau and I would meet up on weekends for a drink every so often. The French don’t necessarily call it a ‘date’ as fast as Americans would, so I’m pretty sure the butterflies and anticipation were strictly on my side at the time. As we sat on the steps of the Swedish Institute, drinking elderflower soda (he probably wondering why he followed me in my choice of ordering elderflower soda) we discovered a shared passion for baking.

It’s hard to be any more French, vraiment français, than this man. He is perfectly terroir, enjoying everything traditional about France, albeit with an open mind. Diving further into the cliché, he waxed poetic about his career working in the world of pastries and feigned interest in my awkward attempt at writing a baking blog. From a Perrier on Rue Jacob to cocktails at Candelaria in the Marais, we talked and talked. The day he brought me a cookbook as a gift, my fingers couldn’t type fast enough to tell my friends. I was amoureuse.

Within a month, we were off to Italy for the sacred French mid-August holiday, and soon enough I was ready to meet his parents. One fateful day in the Fall of 2011, I most graciously, and happily, accepted an invitation to lunch with my future in-laws at their home, right smack in the center of France.

Though we share a passion for pastries, my better half can have the cheese and charcuterie all to himself. He must have omitted that detail when describing me to his family, though. My mother in law had just returned from the market and, quite proudly, displayed her bounty. “I bought some regional specialties for you to try,” she said.

In my book – quite unfortunately, may I add – anything that belongs to that category and that’s eaten before dessert tends to scare me away. Out of the basket came a cou farci: a tasty (or so I hear) blend of duck meat, pork, and foie gras. I’m not a particularly picky eater: I’ll have any kind of vegetable on earth but I shy away from meats and cheeses. While my tastes may be compatible with the eating habits of most of the globe, in France I’m still something of a rarity.

Of course, I was hell-bent on being the perfect girlfriend, wanting to leave a lasting positive impression on each and every one member of the family. I braced for impact as I smoothed my dress over and I munched on my ‘stuffed neck’ as the first hurdle of the meal. In the background, the smell of cheese started to diffuse like a genie out of Aladdin’s lamp. A tray of cheese. It was coming and there was nothing I could do about it.

I grew up in a household of cheese connoisseurs. My mother’s family lives in the Vosges region of France, where the local cheese is munster – and not your American version of the same name. It could be said that French munster has ‘personality’: it is bold, which in cheese-speak is often a euphemism for ‘it tastes delicious but it sure can stink up a house’. Growing up in Illinois in the eighties, my mother and father bought as much European cheese as they could get their hands on and by the time I was six years old, I was a die-hard fan of stilton and goat cheese.

As my taste buds evolved, though, my sense of smell grew more acute and judgmental and by the time I was ten I couldn’t be near a plate of cheese. Whenever we arrived in Saint-Dié-des-Vosges for our bi-yearly family visit, my aunt pulling out the munster was an olfactory cue for me to run out of the room as fast as I could with my chocolate pudding and a spoon in hand. Countless family meals involved me pretending to faint from the smell of cheese, or avoiding dares from my father – an avid American lover of European cheese – to “just taste the tiniest bit.”

As I entered my twenties, I was living in Paris and nowhere near enjoying the full array of cheese at my disposal. Mozzarella, burrata, sharp cheddar were fine. But brie, roquefort, and chèvre? “None for me, thank you very much,”a phrase that there was no way I could utter now.

My politeness joker all used up on the hors d’œuvre, I had no choice but to man-up and face the cheese plate like a trooper. Out of the basket came a dizzying selection of goat cheeses all made within a ten-kilometer radius. This, I could imagine, was a cheese lover’s dream come true.

“I’ve jumped out of a plane before,” I remember telling myself, “I should be able to handle some cheese.” I bit into my fresh baguette slathered with an (admittedly thin) layer of goat cheese and, with everyone awaiting my reaction, expressed my delight. The person I surprised the most was myself: I wasn’t even lying all that much.

So I faced my fear and enjoyed a cheese, but there was a downside:  believing himself a kind of cheese-whisperer, my future husband wanted to open the fromage floodgates, thinking I would now enjoy any type he introduced me to. Though he has since admitted he got caught up in the moment, it cannot be denied that since my encounter with the chèvre du Berry, I’ve started enjoying cheese from time to time. The power of love?

That said, you won’t see me having a slice of munster or Saint-Nectaire anytime soon. If it’s out on the table, you’ll  probably find me at the other end of the house, dipping my spoon into my chocolate pudding. Even love has its limits.