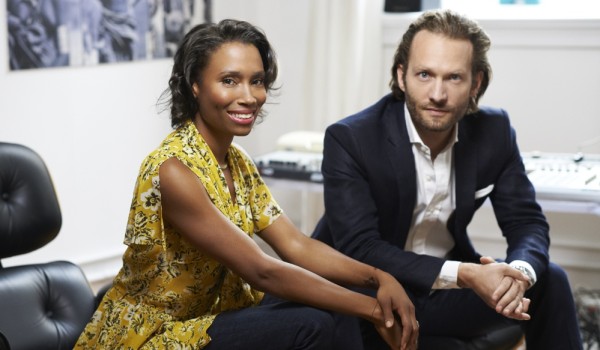 It is often said that Oprah Winfrey has the ability to make or break kings. Benjamin Bernet’s business is a case in point and owes a lot to the TV legend.

On Doobop’s launch day, the website that specialises in beauty products for darker skinned women was featured on Oprah’s blog.

A month later, in December 2013, she included Doobop’s creme in her “O list”, published in her magazine as well as on her website. Instant reaction.

“On this particular product, from a small Italian brand, we went from sporadic occasional orders to thirty orders a day. And this for over two months. Fortunately, we were able to react effectively. It remains one of our most successful products,explains Benjamin Bernet. All this was pure coincidence. One of Oprah’s assistants asked me to show her just one of our products. I chose this one as it was a little-known brand. She loved it and ordered several batches.”

Since the jump start, Jodie Patterson, Mr Bernet’s associate, has been interviewed for Oprah Magazine and another one of the site’s products has been featured in the “O List”. This put Doobop on the map.

“Initially, 90% of our sales were directly linked to Oprah. Now, it is becoming increasingly diversified.” shares the 37 year old entrepreneur.

Not too long ago, this Parisian with a flawless resume (McGill graduate with an MBA from Insead school), was in charge of marketing for Armani perfumes with L’Oreal in New York. A role that topped off a decade of dedication to the brand between Paris and the United States.

“I realized that a lot of cosmetics brands targeted customers based on their ethnicity. Yet women from Atlanta, New Delhi or the Dominican Republic can have similar needs.  What is more, these women often feel they are ill advised in stores” says Benjamin Bernet.

He also happens to be a self-confessed African-american culture enthusiast, be it music or even literature. That is how Doobop’s creed came to life: to not only sell “ethnic” products but to put together a selection of brands that are relevant to women with mixed or dark skins, regardless of what the products are “labelled” as.

The selection is made under the watchful eye of Mr Bernet’s associate, Jodie Patterson, a former public relations manager in the fashion industry, who also runs her own beauty parlor in lower Manhattan.

“Our model is based on a few core ideas like free delivery and free samples added to every order”, explains the entrepreneur who employs four people in a WeWork office in Soho.

This marketing expert has also added a social dimension to the company. The start-up donates a dollar from every order to Community of Unity, a charity organisation that offers after school programs in Harlem.

The concept has already drawn in investors- Xavier Niel (Free) and Jacques-Antoine Granjon (Vente-privée) have both had their funds invest in this venture.

All in all, Benjamin Bernet has amassed the tidy sum of 1.5 million dollars. He is now gearing up for round two.

“In the United States, the proportion of people that self-identify as non-white has increased by 26% in the year 2000 when that number is 2% for people who self-identify as white. What is more, these women tend to dedicate a larger proportion of their income to beauty products, as much as eight times more than Caucasian women. This market is estimated to be worth 13 billion dollars in the US alone.”

With Oprah helping out on the PR front, Doobop is certanily hoping to get their piece of this cosmetic cake.