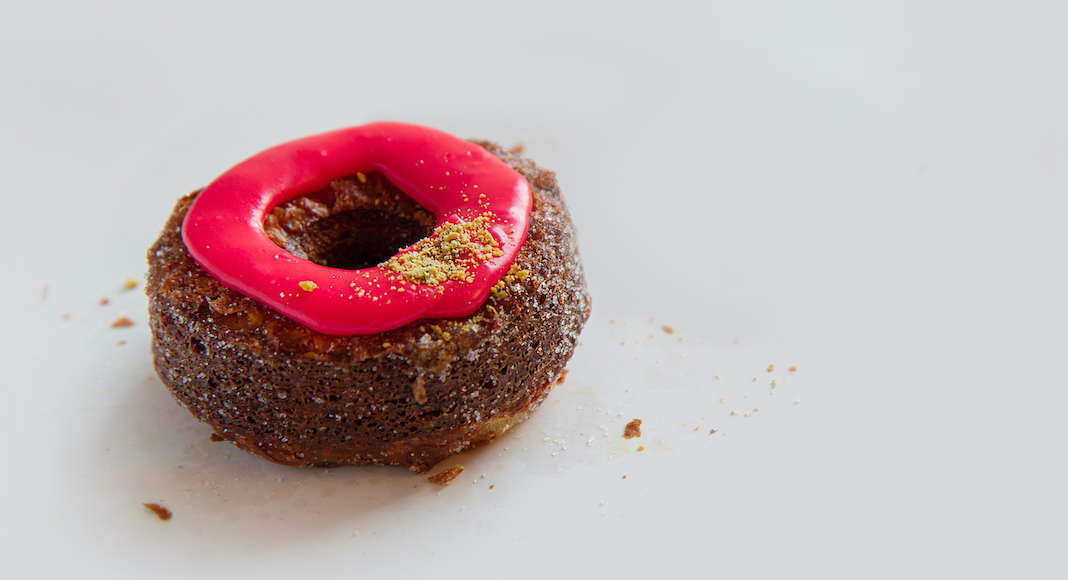 Don’t count on Dominique Ansel to stay home right now. Despite the confinement, New York’s famous French pastry chef spends his days in the kitchen. “The first few weeks were very difficult but we are lucky to have so many orders. And we also deliver a lot of breakfasts for hospital staff in New York.”

Owner of five stores between London, Hong Kong, Los Angeles and New York, the 42-year-old Frenchman has just published a recipe book, Everyone Can Bake.

“I wanted to offer a new approach to baking by sharing my simplest recipes. Once you master the basics, you can then think about how to mix and match to create unique pieces,” he explains. His recipe for brownies, shown in the video below, is one such example. “The launch was a great success. A lot of people have time to cook at home these days, and a lot of Americans have developed a passion for baking.”

Raised in a working-class family in Beauvais, north of Paris, Dominique Ansel first entered the kitchen at the age of 16. “When I was little, I really liked to play construction games. That’s what I continue to do in the kitchen today, I have an architectural side.” He joined Fauchon in Paris in 1998, then took part in the company’s international development by opening stores in Egypt, Russia, and Kuwait. “I moved to New York in 2006 to work at Daniel, Daniel Boulud’s Michelin star restaurant. I then opened my own pastry shop in 2011 in SoHo.”

Renowned for his inventiveness, Dominique Ansel imagined in May 2013 a pastry that toed the line between donut and croissant, the Cronut. The result was extremely Instagrammable, and the Frenchman’s fame exploded in New York and around the world. “I remember the launch. In a few days, there was a constant line in front of the pastry shop with people from all over.”

His story is constantly evolving. The chef’s original creations include Frozen S’mores, the Cookie Shot, and Blossoming Hot Chocolate. He opened a second pastry shop in the West Village in 2015, followed by his first stores in London and Los Angeles in 2016 and 2017. Dang Wen Li (the Cantonese version of Dominique), his first store on the Asian continent, opened in Hong Kong at the beginning of this year. “Our next objective would be to open in Dubai if the situation permits,” he tells us.

In the meantime, the French chef anticipates a potential reopening of his pastry shops to the public. “It’s going to be difficult for a lot of businesses, morally and financially. We’ve been lucky enough to be able to stay partially open. We had to adapt very quickly and we will continue to do so in order to survive.”