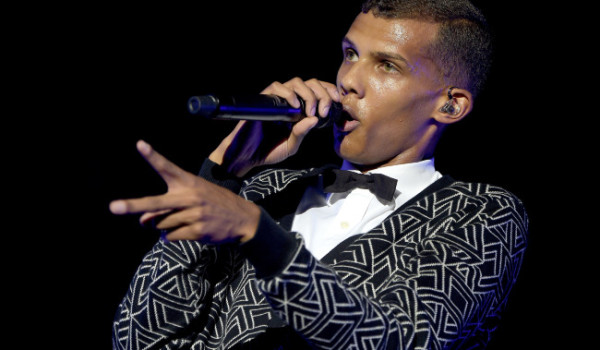 Didn’t Catch Stromae on his US tour? This is What You Missed…

“It’s a real honor to be at Madison Square Garden,” said Stromae as he closed his concert on Thursday and his fans tried to collectively come down from a serious musical high. For two hours the Belgian pop star had the whole huge room on its feet — a beautiful conclusion to a tour that began in Miami in September and drew huge crowds, especially for a francophone act.

In New York, in front of a crowd that included many French-speakers, Stromae played hit after hit. The audience joined in with his opening rendition of “Ta Fête,” and he closed with an a capella version of “Tous les mêmes” — a song he’d also played last year at another New York concert.

In between there was “Papaoutai,” “Formidable,” “Carmen,” “Alors on Danse,” and “Quand c’est,” a song about cancer for which the video has just been released.

And Stromae did more than sing — he joked with his audience in perfect English. The 30-year old let it be known, for example, that he is disappointed the French get credit for inventing fries, when in reality they originated in Belgium. He riled the French fans in the crowd when he claimed that the same was true of the croissant, leading to some literal and figurative waving of the Belgian flag.

The tour was marked by a few surprises including a fall in Minneapolis that led to the cancellation of his concert there and cast doubt on the rest of the tour dates. Stromae also recorded videos in several US cities that show him giving concerts in a Seattle bar, in the middle of nowhere after being pulled over by the police, and even in the New York subway — stunts that remind us that the European super star isn’t exactly a household name in the US.

Though he’s heading home for now, Stromae is probably just beginning to take off here in the US. A few days ago, a Time Magazine called him the “European Superstar Who’s About to Be Huge in America.”