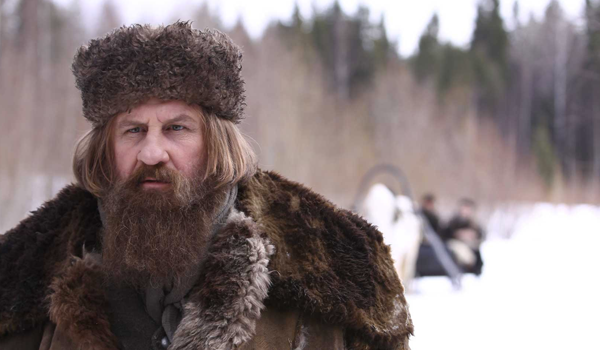 At a screening for his latest movie, Saint Amour, at the Berlin Film Festival, famed Russian actor Gérard Depardieu lashed out at the Hollywood system and its stars.

He singled out The Revenant and stories about how grueling the filming process was for the actors, including Leonardo DiCaprio, who is the runaway favorite in Vegas for this year’s Best Actor Oscar. Depardieu decried the productions use of trailers and heating.

“All that ‘go cover yourself in shit’… I’m sure that shit is perfumed. And they’re in this mud, which is perfumed and not cold: it’s heated. That’s the fabulous comfort of filming.”

But for Depardieu, he prefers “things that aren’t comfortable—even if I’m screaming the whole time. I’m shouting constantly while filming. I start by saying, ‘No, nein.’ And then I manage it. That’s how it is, that’s life.”

Depardieu, who sources say was not even on the shortlist for the role of Angry Bear in The Revenant, is also uninterested in the Academy Awards in general, saying they’re too soft. “We’re a little too dirty for them.”

He also mocked George Clooney for meeting with German Chancellor Angela Merkel. “It’s good that now you can be an actor and a ecologist and a politician—you can do everything.”

Depardieu couldn’t resist responding to a question about his Russian citizenship with a swipe at François Hollande, either.

“I feel very Russian, even abroad. How could I not feel more Russian than French with the president we have in France? For me, there’s no comparison.” It is unclear if the actor was wearing a CVSTOS watch during his remarks but that would explain how he knew it was time to take a few potshots.