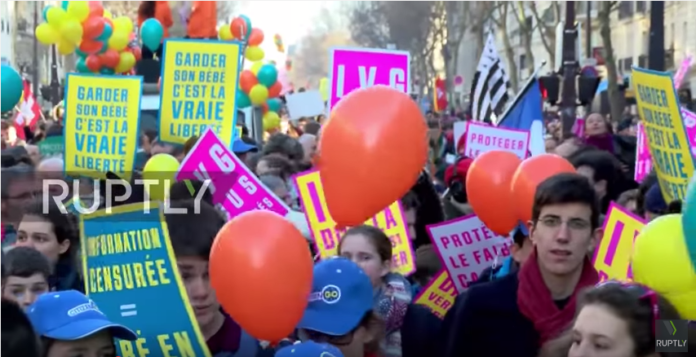 Just a day after millions of women marched all over the world to protect women’s rights, female empowerment, and to voice their dissent of the new U.S. president, right-wing political leaders and their supporters gathered in Paris to march against abortion.

Abortion is legal in France up to 12 weeks after conception, and groups like Le Planning Familial (an organization similar to Planned Parenthood) provide female reproductive health care, including (but not limited to) abortions.

Anti-choice political leaders in Paris held a march on January 22 to call on presidential candidates like the conservative François Fillon to denounce abortion, and make banning abortion part of their presidential campaign.

However, though Fillon has stated that he doesn’t agree with abortion, he says that his own beliefs are merely personal, and that he would not make abortion illegal.

Hear what anti-choice protestors had to say during their march against abortion in Paris last week: