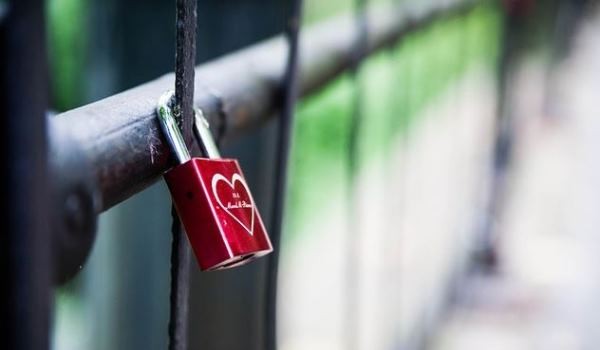 Dating in NYC is Hard — Even for a Frenchman

“How was your Valentine’s?” asked my latest Tinder connection Jennifer, through the app’s chat function. I hazarded an (admittedly French) joke: “Might as well have been Saint Christopher’s Day.” She “laughed” (“Hahahaha”) and I was encouraged. She told me she had made cookies with her friends. That’s when I upped my game, “Well I make an excellent ratatouille!”

She never wrote to me again. No “good bye” or “sorry I have spinning.” My culinary coming-out obviously failed to impress.

For years, dating sites, newspapers, TV — heck, even books — convinced young single Frenchmen like me that New York would be a dating paradise. “Finding an American girl will be easy for you. There are more single women than there are single men,” people kept telling me after I moved here, “They’re going to adore your French accent.” But you can’t hear a sexy accent over a chat function, and I have met many wonderful women in this volatile city who eventually reveal themselves to be “too busy,” disillusioned, in very high demand, already taken, or simply “not interested.”

Of course like all unlucky-in-love I ask myself: is it me? Friends try to tell me that it’s not me, it’s New York. “It’s depressing when you’re alone. You feel like people are never available, but it’s not for fault. That’s just the way it is here. You can’t take it personally.”

Tinder seemed like a good way to participate in the New York meat market. Thousands of lonely souls, some who’d been flying solo for years. One friend offered this encouraging line about Tinder: you can meet women while you’re on the toilet! Tinder reflects New York in its democratic offering of all kinds of people from blonde to bald, mothers to militants, some looking for their prince charming and others diametrically opposed to the idea of the fairy tale — and all of these available at the swipe of a thumb.

But six months and a few “dates” later, my results are as lackluster as François Hollande’s progress on French unemployment. Out of 14 virtual conquests that I’ve saved in my app there is Jennifer (of the ratatouille debacle), 12 beautiful women for whom a “hey” or “bonjour” was not possible and one who wrote to me with “You’re a scorpio, I’m a pisces. Do you think it could work between us?” Faced with the complexity of the last question, I figured I’d take my chances with a favorable alignment of the planets.

Like any good journalist, I decided to look at the facts and soon I had busted an important myth: the idea that the odds were ever in my favor. According to a census conducted in 2010 by the Economic Development Corporation, New York has more single-never-been-married men aged 20-34 than women in the same situation — about 12,900 more, to be exact. That’s right gentlemen, the tables have turned.

It helps a little that I’m not alone. Another friend of mine — let’s call him Phil — also had a series of disappointing relationships. “I met four women. I always thought things were going well.” The first exited the relationship by claiming a need to focus on her career; the second was “too busy” to be in a couple; the third politely responded to all his proposed dates without ever showing up and the fourth seemed open until one day she wasn’t. “She probably met someone else,” says Phil, his spirits in his socks, “New York is like that: you go away for two weeks and realize that the girl you liked met someone else.”

David is also a serial dater. Now he hates it when people say that it’s easy for a young man to meet a woman and start a relationship. “One time a girl asked me if I was here illegally. Another time a woman asked where I lived and when she realized it was a 45 minute train ride from her house she dumped me.”

I do have one success story: Matt has met a woman and is currently not in singleton hell. It’s a good thing, too: he wouldn’t be able to afford his rent otherwise. “With all of those restaurant and café dates I was broke at the end of the month.”

At the end of all of this, I love New York but I’m beginning to think it turns men’s and women’s hearts to stone. I’m aware that we gentlemen may bear quite a bit of the responsibility for this phenomenon; there are many of us who could be accurately described as the Zinedine Zidanes of heavy-handedness. As it happens, even my female French friends aren’t particularly bowled over by their forays into relationship land with Americans either. “One guy looked at his phone so much during our conversation that I left,” exclaimed one of my friends.

What to do? Be patient. And above all, don’t offer to make dinner.