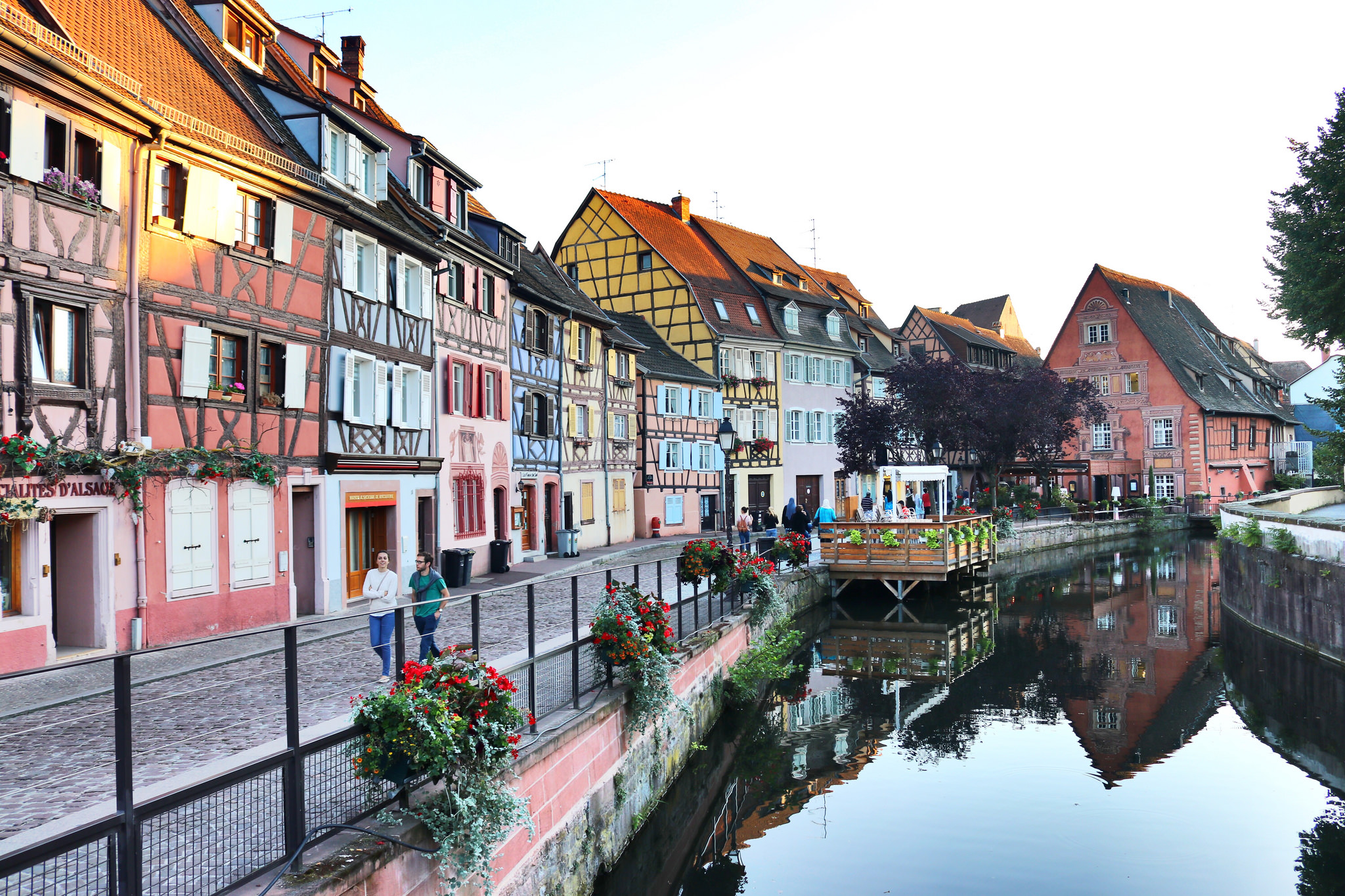 In Dark Times, French Politicians Make a Pilgrimage to Alsace

The Unterlinden museum in Colmar, one of the most significant icons of western civilization, has just been exquisitely renovated.

“The Isenheim Altarpiece is a heritage of humanity,” said French President Hollande during the inauguration in January, “with this work the museum Unterlinden becomes a place of pilgrimage for culture, beauty, and emotion.”

The redesign, under the helm of Swiss architects Herzog & de Meuron, doubled the museum’s footprint, allowing curators to display works that had previously been in storage. The museum now includes the 13th-century cloister and chapel – where the altarpiece is displayed in a showcase worthy of its stature – and the addition of the former municipal baths with the collection of art from the 19th century to the present day, including works by Picasso, Léger, and Jean Dubuffet, plus a lovely café for a civilized respite mid-visit.

The Isenheim altarpiece was created in 1512-16 by painter Matthias Grünewald and also included a set of polychrome figures by sculptor Nicolas de Haguenau. Nothing remotely like it had ever been seen at the time, and it still astonishing today. Depending on how it was opened, the connected wood panels showed religious scenes of the Annunciation, Nativity, a harrowing Crucifixion, and the Resurrection. When all the panels were unfolded, the faithful would be presented with scenes from the life of Saint Anthony.

As with most works of genius, a halo of mystery surrounds it. The main function of the Isenheim monastery was to aid those hopelessly afflicted by Saint Anthony’s Fire, a truly medieval blight we now know as ergotism, caused by a poisonous fungus that infects rye and other cereals. The sick were treated with the saint-vinage potion made from various plants, accompanied by prayers to Saint Anthony, who was believed to possess miraculous healing powers. The images capture not only the physical agony, but also the intense effect of the disease on the mind. The panels are now separated for better viewing, and a museum warden said that the halo on the resurrected Jesus changes color depending on the weather, brighter yellow when it’s fair, and a softer blue when it rains.

While the Isenheim treasure doesn’t attract the crowds that flock to the Mona Lisa, it has had a profound influence on many artists and writers; it is said to have inspired Picasso’s striking series on the Crucifixion.