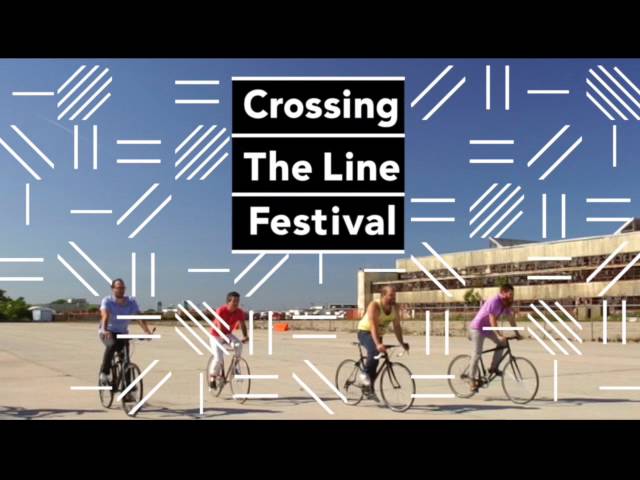 Crossing the Line: Art is More Than You Think

Art is not to be looked at. Art is to be experienced.

In Times Square, the crowd stepped back to make room for Anne Nguyen and her crew of twenty breakdancers from the Bronx. In a whirl of bodies, Graphic Cyphers integrated itself into the hubbub of Times Square, blurring the line between art and daily life.

This is Crossing the Line. For the past 10 years, FIAF (French Institute / Alliance Français), has showcased international performance artists whose work pushes traditional boundaries. “We present unconventional work, and work that is not necessarily in the the place the art is most known for,” says Lili Chopra, co-curator of Crossing the Line Festival 2016 with Simon Dove and Gideon Lester.

Through the presentation of new artists, FIAF intends to broaden our definition of art. Last year, the festival presented a chef as a performer, launched a perfume, and opened a store. Though much of the art presented is unconventional, its appreciation is not limited to posh art connoisseurs. “It’s not elitist, obscure, or art that is hard to understand—it’s pretty direct in the way that the audience connects with the work,” says Chopra.

One of this year’s most accessible pieces is a monster-mythical interactive caucus (Post-Party Dream State Caucus, Nov. 3) taking place in the New Museum. Audience members will participate in the caucus and decide what it means to have a meaningful vote.

By swapping traditional performance venues for streets, stores and lobbies, FIAF shifts our ideas of what art is. Critics praise Anne Nguyen’s breakdancing skills in theaters, but can she transition from a respected artist to a street performer? And if not, how does that change the way we think of successful subway performers?

These are the types of questions that FIAF poses to the viewers of Crossing the Line shows. “Putting [art] in a different environment you maybe pass everyday, it shifts your idea of the environment, of the context of the space,” says Chopra. “It offers an opportunity for rethinking the world, to see new possibilities.”

Despite the festival being presented by FIAF (a French institute), many of the artists performing at Crossing the Line are not French. “Crossing the Line is not a French arts festival, but rather a festival celebrating contemporary forms of art,” says Chopra. France’s connection to the festival lies in the country’s commitment to supporting artists. “France has a history of considering intellectual life, and the individuals that make up that community, to be leaders in our society. They guide [us through] what it is that our society is dealing with.”

FIAF accepts their role as initiators of change by working to right the wrongs of representative exclusion. Several of their performers will partake in a series called “Bridging” where they address issues of racial and ethnic bias in a panel format. (Saturday, Oct. 15, the Baryshnikov Arts Center).“Artists and cultural institutions can play a role that help communities go through these transitions,” says Chopra. “There’s a real urgency to address this now.”

In the coming weeks, dancers, directors, and actors will take the metaphorical stage to present their craft. A self-titled piece by choreographer Jerôme Bel that was originally scheduled to tour NYC in September 2001 (but was cancelled after 9/11) is among the highlights. The New York premier features the original cast members of the pre-9/11 show. (October 27, 28, 29, The Kitchen.)