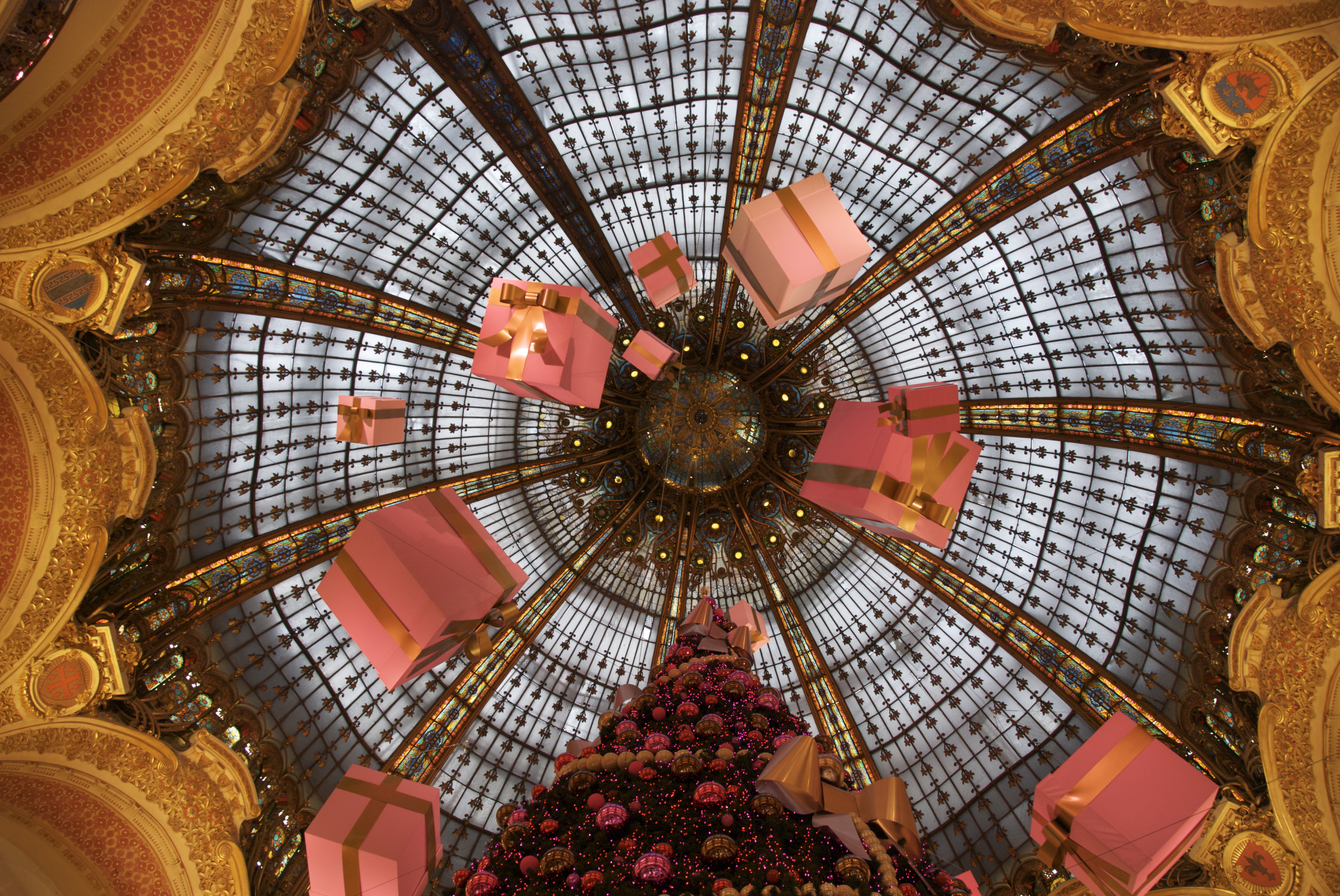 Where to Go for Quintessential Holiday Shopping in Paris

There’s no commercial area more festooned with twinkly lighting than the Champs-Elysées, but don’t let Macy’s know we said that. With two hundred trees dolled-up in LED lighting and every imaginable store from H&M to Tiffany to Mercedes-Benz, there’s a reason shoppers flock to the Champs-Élysées year-round. That said, like Macy’s the Champs-Élysées can be incredibly overwhelming during the holidays, so here are a few other French hot spots to swipe our tiny plastic cards with unlimited money (ha!) for the best gifts.

If it’s just windows you want to shop, Le Bon Marché in the 7th (24 rue de Sèyres) is a perennial favorite, along with the BHV in the Marais (52 rue de Rivoli) and Printemps in the 9th (64 boulevard Haussmann), with the Champs-Élysees and Saint Germain des Prés making the grade for wanderous watching. Essential for every holiday season, every year, the Galeries Lafayette (31 rue de Caire) will give you a Rockefeller Center-esque Christmas tree to admire.

There’s also the newly renovated Forum des Halles (at Les Halles), the Carrousel du Louvre (at the Louvre) which is very similar to an American mall, Bercy Village (28 rue François Truffaut), and many more shopping locations less packed than the Champs.

For some gourmet shopping, try À La Mère de Famille in the 9th (35 rue du Faubourg Montmartre). It’s both historic and familial, run by the Dolfi family since the mid-1700s, selling insanely inventive and festive confections that look like snowy, reindeer-hoofprint covered rooftops and the requisite—and spot-on—bûche de Noël. Aside from the original location, À La Mère has nine other locations dotting Paris.

And for when you need a break from it all, perhaps a holiday fix in liquid form, hot chocolate is on delicious offer at Charles Chocolatier (15 rue Montourgueil), Angelina (226 rue de Rivoli) which also offers its famous hot chocolate to go from a cart outside their store, Berthillon (29 rue Saint-Louis en l’Ile), and Café de Flore (172 boulevard Saint-Germain), to name a few.