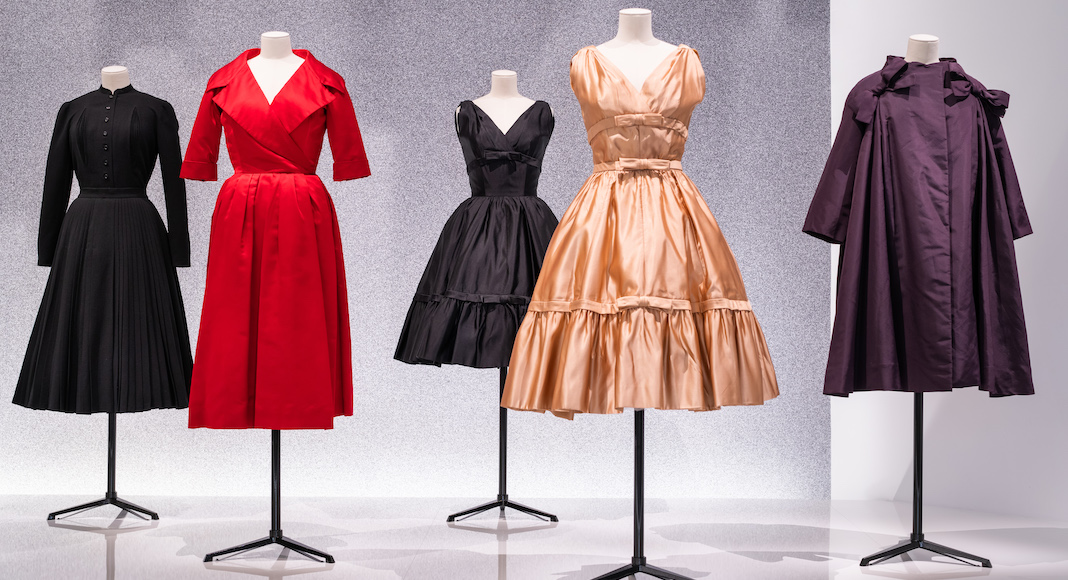 Dior is a name that will always be associated with the pinnacle of haute couture. Since opening 1947, the maison has produced some of the most iconic moments in fashion history, from the post-war “New Look” to Carrie Bradshaw’s millennium newspaper print dress. Each of the fashion house’s creative directors have left their mark on the brand, whether that be John Galliano’s audacious sexuality or Maria Grazia Chiuri’s feminist bent. But they all served in interpreting the initial vision of the brand’s founder, Christian Dior.

In a new exhibit at the Brooklyn Museum, Christian Dior: Designer of Dreams, visitors get an inside look at what inspired this brilliant couturier, “from the splendor of flowers and other natural forms to classical and contemporary art.” Over two hundred garments will be on display alongside photographs, archival videos, sketches, vintage perfumes, and accessories. The central atrium of the museum’s Beaux-Arts Court has been redesigned as an “enchanted garden” to display some of these iconic looks. There will also be rooms devoted to Dior’s successors, including Galliano and Chiuri, as well as Yves Saint Laurent, Marc Bohan, Gianfranco Ferré, and Raf Simons, with their works juxtaposed with items from the museum’s collections. Particular attention will be paid to Chiuri, the current creative director and first woman to hold the position, for her commitment to empowering women in fashion.

Contemporaneous artworks and photographs will be presented alongside the garments themselves. In one section, a rare ten-panel ebonized FSW (Folding Screen Wall)(1946–55), by Charles Eames and Ray Eames, is displayed with Dior designs of the era. On view in another section are drawings and studies by Judy Chicago, presented with recent designs by Chiuri. Of special note is Dior’s one-of-a-kind, 31-inch Fashion Doll 1880 (Afternoon Ensemble), which entered the Brooklyn Museum’s collection in 1949, making it the first U.S. museum collection to acquire a Dior.

The exhibit offers a look behind the scenes as well, with a toile gallery paying tribute to the petit mains of the House of Dior, the highly skilled craftspeople and seamstresses who execute designs drafted by top designers. Once you begin to look at the impeccable detail involved in making some of these garments, you’ll understand why they take thousands of hours and just as many dollars to produce.

Of course, it’s impossible to speak of Dior without conjuring images of some of the celebrities he dressed, from Grace Kelly to Eva Perron. A gallery displaying garments worn by some of Dior’s favorite muses will be among the many jawdropping sections of the exhibit.

“The Brooklyn Museum has a long record of recognizing important contributions in the history of fashion design, from The Story of Silk (1934) to the groundbreaking Of Men Only (1976) to the recent Pierre Cardin: Future Fashion (2019) and now Christian Dior: Designer of Dreams. Each exemplifies the power of fashion to influence and shift visual culture at large,” says Matthew Yokobosky, Senior Curator of Fashion and Material Culture, Brooklyn Museum.“Today, the work of Maria Grazia Chiuri has reshaped the Dior dream for a new generation, with a worldview that brings with it inclusivity and respect as key philosophical directives. We couldn’t be more excited to present these innovative, beguiling—and technically outstanding—designs to our audiences.”

The Brooklyn Museum presentation of Christian Dior: Designer of Dreams is based on major exhibitions held at the Musée des Arts Décoratifs, Paris, in 2017, the Victoria and Albert Museum, London, in 2019, and the Long Museum West Bund, Shanghai, in 2020. It has been curated by Florence Müller, Avenir Foundation Curator of Textile Art and Fashion, Denver Art Museum, in collaboration with Matthew Yokobosky, Senior Curator of Fashion and Material Culture, Brooklyn Museum.