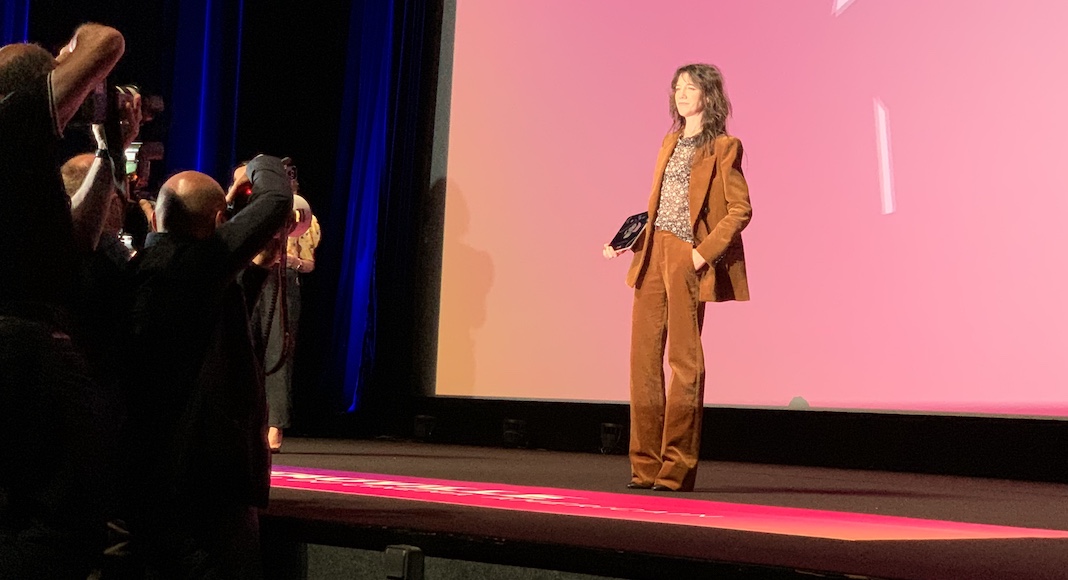 Charlotte Gainsbourg Opens Up About Her Mother, Jane Birkin, in New Film ‘Jane by Charlotte’

“My mother has a message for you guys.” On stage in front of 1,500 people, Charlotte Gainsbourg gets her phone out of her pocket to read a text: “Everything is fine, and the Nantes hospital is amazing.” On Wednesday, Jane Birkin was supposed to be at the 47th Deauville American Film Festival to accompany her daughter Charlotte to present her film Jane by Charlotte. Instead, Deauville learned on Monday that Jane had had a stroke. Charlotte reassured everyone on Wednesday as this had been a cause of concern hanging over the heads of the festival-goers for 3 days.

Charlotte’s name is everywhere at the 2021 festival. The French-English actress is the President of this edition, and received the “distinction numérique de l’INA (National Institute of the Audiovisual),” an Award honoring the cultural imprint she has left on French culture nearly from birth. But she was also at the festival to promote her first documentary, an elegant portrayal of her mother which premiered at the Cannes Film Festival earlier this year, and is set to be released in France on October 27.

At the screening, Laurent Vallet, CEO of the INA, thanked her for not overcoming her shyness over the years, as it has built her beauty and uniqueness for so long. His insights were soon to be confirmed by Charlotte’s documentary, in which she says, of her relationship with her mother: “We’re both very modest when we’re together. And I don’t know where it comes from.” Hence the difficulty of the exercise for both Charlotte and Jane, modest but public, sometimes insecure, but willing to share about their relationship.

It is for herself and for her mother that Charlotte made the documentary: to get closer to Jane, to make a declaration of love. However, anyone can relate to the universal themes of the film. “Why do we learn to live without our mothers? It seems to be a purpose in life: to free ourselves at any cost. I don’t want to free myself.” The theme of mother-daughter relationships doesn’t stop with Jane and Charlotte, though. The viewer also gets to know Charlotte’s daughter Jo better, as the 9-year-old often is on camera.

These shots of Jo resonate with the images that France keeps in mind from Charlotte at the very same age. But, looking at old photos of Charlotte as a kid, and Jane as a stunning icon of the 70s, Charlotte and Jane refer to this period of time as “another life.” The passing of time, nostalgia, and the impact of ageing on physical appearance are major themes in the film. Jane says that, “at one point, you no longer recognize yourself… I think I’m reaching that point of not caring. It is best to take off your glasses so everything is blurry.”

The film tackles Jane’s inability to throw things away, her need to hold on to beautiful memories from her past. It also touches on the leukemia she had to overcome, and the sudden death of her daughter Kate Barry. Other topics come up, such as her chronic insomnia, the guilt Jane feels about certain life choices she made, and her current solitude… The confidential and intimate nature of the film creates ample space for viewers to reflect on their own lives.

Serge Gainsbourg’s presence hovers over the documentary, as Charlotte gives Jane a sneak peek of the Maison Gainsbourg, on rue de Verneuil in Paris’s 7th arrondissement. The house where the three of them used to live in Paris will be turned into a museum with a bookstore and a café/piano bar, and in early 2022 will become the first institution devoted to this iconic French musician.

Charlotte also shares sweeter moments of her daily life with her mother in Jane’s house by the beach in Brittany: Jane’s love for puppies, walks on the beaches, sleeping in, shopping at the local market… It reveals the strength of their relationship through time and space as well as their mutual admiration. As Jane admits to her mother, tearing up: “You were intimidating as a child. I felt privileged to be in your presence. It wasn’t trivial.”