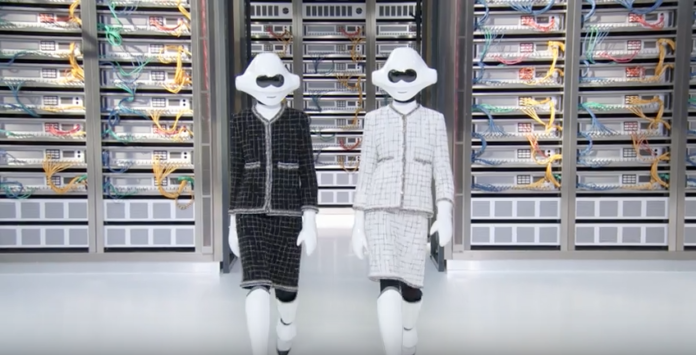 You know it’s going to be good when Chanel’s Spring/Summer 2017 fashion show starts off with two robot-girls strutting the catwalk in Chanel suits.

In a brightly lit white show room, against a backdrop that looked like Google’s server rooms, fashion’s favorite Karl Lagerfeld debuted his “Intimate Technology” line, which took Chanel looks and futurized them. The Chanel tweed jackets and skirts were still going strong, but paired with baseball caps worn sideways and flats, instead of the classic pearls and black heels from the past.

And apparently pastel pink is the color of the future, what with the way it was heavily featured in Lagerfeld’s looks. The show had a soft and colorful vibe, which was surprising and refreshing since many “modern” and “techno” fashion styles only use chromes and black. Lagerfeld showed that a future of wearing only silver is a bleak future indeed.

Not only was it a great show, but the reception on Twitter was pretty fun to watch as well…