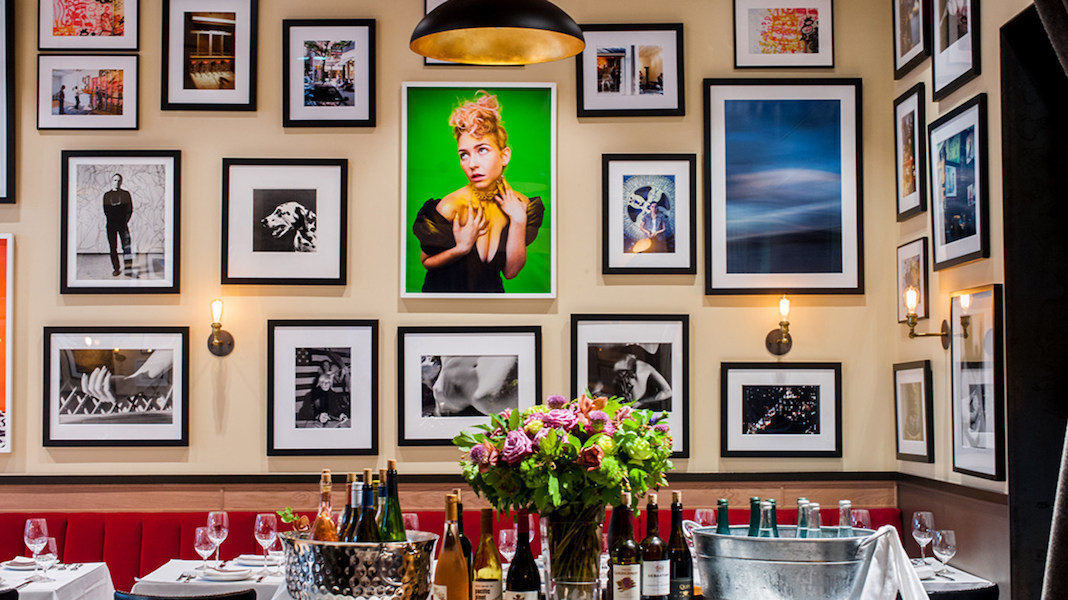 Where to Celebrate Beaujolais Nouveau in NYC

Between those who call it a commercial scam and those who gladly pour a second glass, Beaujolais Nouveau doesn’t allow for indifference.

But whether you like fruity tasting wine and capitalism or not, the third Thursday in November is always an opportunity to meet friends for a drink.

In collaboration with Maison Trénel, French Morning is organizing a Beaujolais Nouveau operation this year, and invites you to two convivial evenings.

At Rose Hill, at Philippe Olivier Bondon and Frederick Lesort’s new restaurant in the Gramercy district, festivities begin on November 15 with two glasses of wine for the price of one. Rose Hill, 34 E 32nd St. RSVP here

From November 16th, starting at 7pm, head to Troquet. This French address in Soho will be offering a delicious menu accompanied by two glasses of Beaujolais Nouveau for the price of one. Troquet, 155 Grand Street. RSVP here

The Franco-American Chamber of Commerce

Expand your professional network over a glass of Beaujolais Nouveau? That’s what the FACC is proposing. Participants will be able to taste the petits fours by D’ Artagnan, while enjoying Georges Duboeuf’s Beaujolais. The evening begins at 6:00pm. Luxembourg House, 17 Beekman Place. Information and reservations here.

The Order of Companions of Beaujolais

Since its forming in 1948 in France, this brotherhood has established representatives in many countries whose difficult mission it is to organize evenings worthy of their favorite wine. This year, the Ordre des Compagnons du Beaujolais – Devoir de New York is organizing its evening on November 20th from 6:30pm at Frankie & Johnnie’s Steakhouse. On the program: a special menu and tastings of several wines, all to the tunes of Jacques and Marie. Frankie & Johnnie’s Steakhouse, 320 W 46 St. John’s. RSVP here: [email protected].

Like last year, Ocabanon will celebrate Beaujolais Nouveau with a casino night in the restaurant on Thursday, November 16th. Blackjack, craps, and roulette are available to play for free and win prizes. They’ll be serving Lyon specialities made with Georges Duboeuf’s Beaujolais. Ocabanon, 245 W 29th St. More information here.

On the program of Little Frog‘s Beaujolais Nouveau evening in the Upper East Side, there’ll be a French menu, accompanied by a glass (or bottle) of wine of your choosing. Around the table, guests will be able to compare the flavors. Find out if you prefer the banana, raspberry, or apricot. Little Frog, 322 E 86th Street. More information here.

At Sherry-Lehmann’s, curious visitors will be able to get an opinion on this new Beaujolais from 4pm to 7pm on Friday, November 17. Sherry Lehmann, 505 Park Ave.

The Alliance Française of Westchester is organizing its annual Beaujolais Nouveau evening on Friday, November 17 at the ArtsWestchester Gallery. Tickets are $30 for members and $40 for non-members. Reservations can be made here. On the schedule: a French wine selection prepared by Josyane Colwell (Le Moulin) of Beaujolais, including over varieties of Beaujolais like St-Amour, Juliénas, and Morgon.