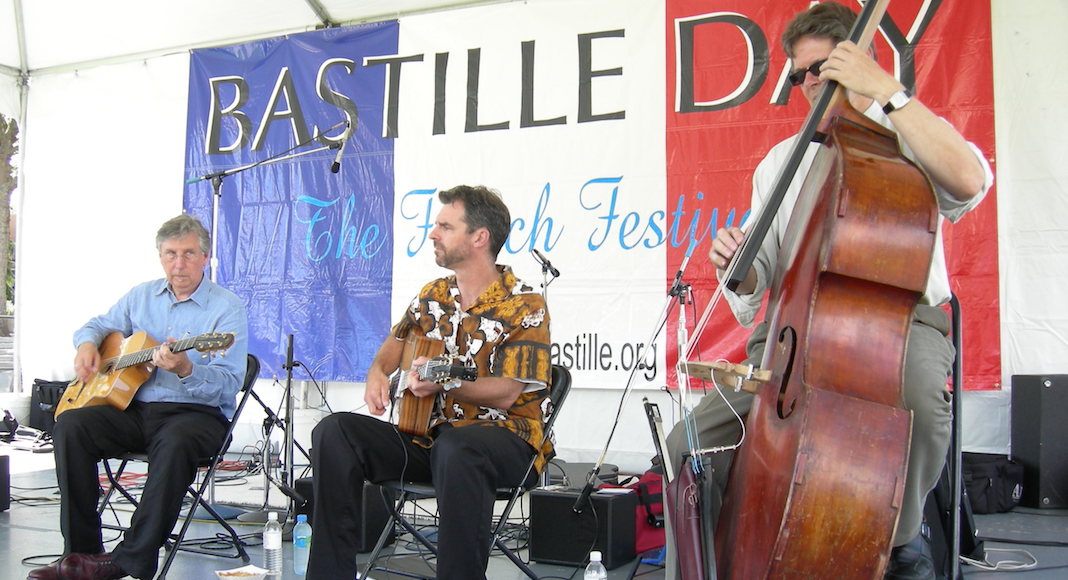 Where to Celebrate Bastille Day in the San Francisco Bay Area

Le 14 juillet will have the San Francisco Bay area feeling festive, celebrating, and assez content all weekend long. Check out a selection of the best Bastille Day celebrations.

On Saturday, July 15, break out your best bleu-blanc-rouge for best honoring the French food, wine, artisan crafts, and music you’ll enjoy on Justin Herman Plaza. Organized by the Official Committee of French Associations in San Francisco and the Bay Area and the French Consulat, this Bastille Day party wouldn’t be complete without a pétanque tournament, a parade of vintage Citroën and a live music party starting at 6pm, featuring the songs of SonoMusette, Rue’66, and The FaspTones.
Saturday, July 15, 11am–8pm
Justin Herman Plaza – 1 Market St, San Francisco, CA

In the Mission Bay neighborhood in San Francisco, the Yard is hosting a party, games like Giant Jenga, and crêpes made by the Crêperie Saint Germain. With the musical boost of DJ Aykut, the party will go down mostly on the exterior patio facing the San Francisco Bay.
Friday, July 14, 4:30-9pm
The Yard – 100 Terry A Francois Blvd, San Francisco, CA 94158

At the Bouchon in Yountville celebration in Napa Valley, there’s coq au vin, crêpes, beignets, and macarons—what more could Francophones and Francophiles want? Wine, live music performances for children, and a dunk tank benefitting Yountville Elementary School will all be happening throughout the day. Tickets are $20 and can be redeemed for food, wine, beer, and activities.
Friday, July 14, 12-7pm
Bouchon – 6534 Washington St, Yountville, California 94599 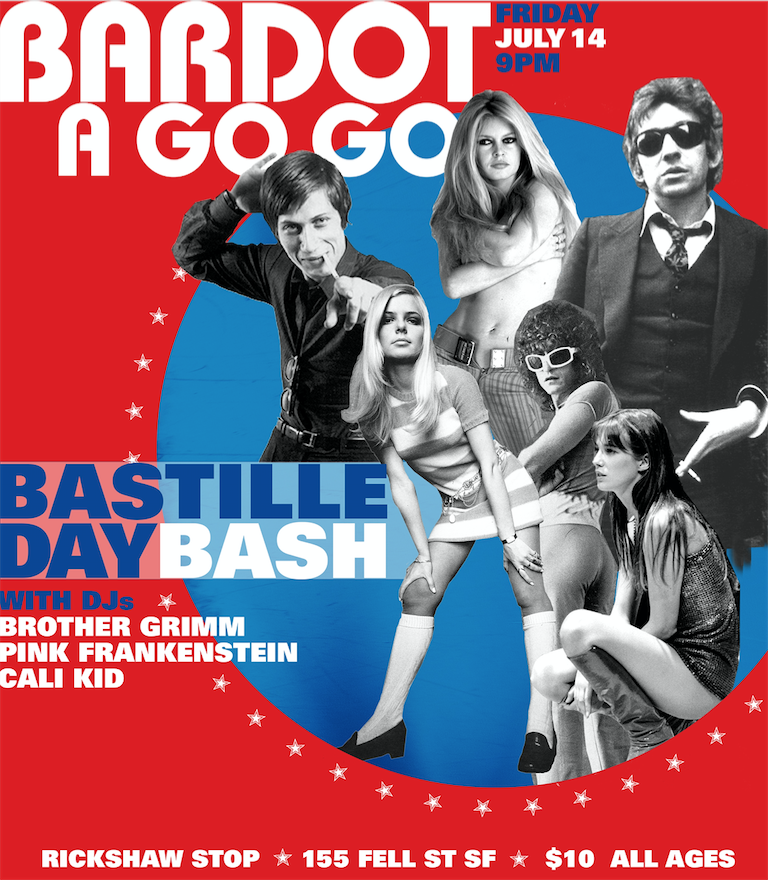 At Rickshaw Stop in San Francisco, the can’t-be-missed soirée Bardot A Go Go will transport you to la pop française of the 60s. To help you get in the swingin’ 60s mood, there will be free 60s hairstyling by Peter Thomas Hair Design from 9-11pm.
Friday, July 14, starting at 9pm
Rickshaw Stop – 155 Fell St, San Francisco, CA 94102

In the heart of Downtown, on one of those roads that’s always lively in the evenings, the DJ Marc de Brabant will spin for a Bastille Day block party, hosted by EuroCircle. At the end of the evening, after a night of dancing, singing, and celebrating, a giant pile of blue, white, and red balloons will rain down on the party.
Friday, July 14, 5:30pm-12am
The Irish Bank – 10 Mark Ln, San Francisco, CA 94108

Franky Boissy and Frenchy le Freak, two remarkable French DJs on the San Francisco scene, will be spinning at Hawthorn, near Union Square. The soirée is hosted by Tony Presents and L’Alliance Française. Book a table by [email protected], or buy tickets for $10 (or $20 at the door).
Friday, July 14, 9pm–2am
Hawthorn – 46 Geary St, San Francisco, CA 94108

At the Franco-Vietnam restaurant Le Colonial, le 14 juillet will be celebrated with a dinner and the swinging rythmes of the jazz orchestra Le Jazz Hot. The dinner will be a selection of cheeses and meats, as well as a glass of wine.
Friday, July 14, 7-10pm
Le Colonial – 20 Cosmo Pl, San Francisco, CA 94109