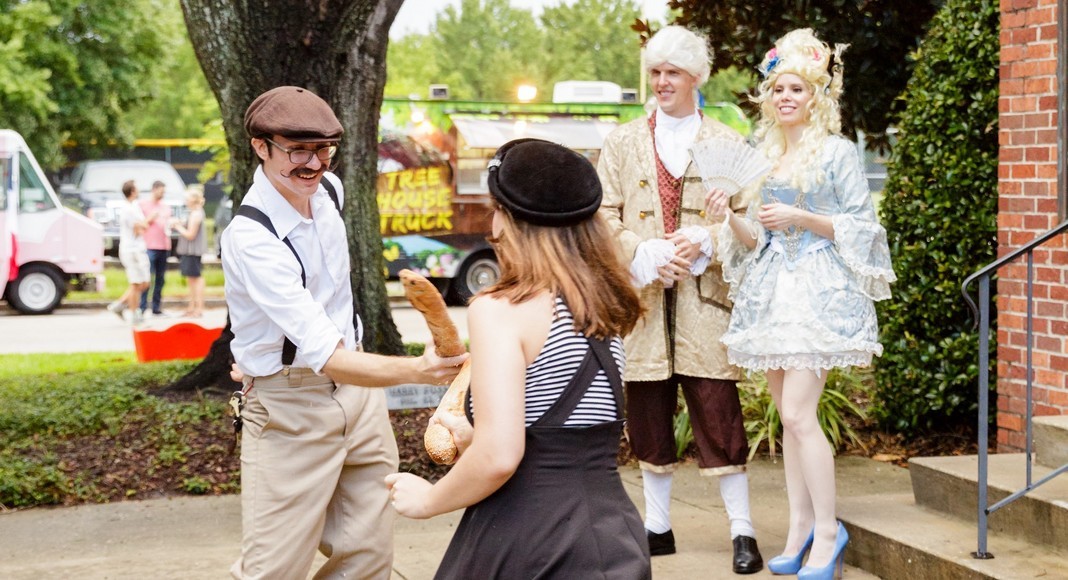 Where to Celebrate Bastille Day in Miami and Florida

Dancing to accordion music, pétanque, and other French clichés will return again to our parks, bars, and streets to celebrate le 14 juillet on this side of the Atlantic. Here’s a round-up of the festivities planned for Bastille Day in Miami and Florida.

For the third consecutive year, the French & Famous team has organized a large event to commemorate the national French holiday in the south of Florida. The festivities will go from 5pm to 2am, taking place around the pool of the Mondrian South Beach hotel in Miami Beach. Tricolored paper lanterns, checkered table cloths, and the other usual decorations will brighten up this 14 juillet. On the docket of events: a pétanque tournament, a mime show, the election of Miss Guinguette, and you can’t forget the traditional accordion ball.
Mondrian South Beach Hotel – 1100 West Ave, Miami Beach – (305) 514-1500

Bastille Day, as we Americans call it, will be celebrated at the Villa Azur in Miami Beach on July 14. The establishment, decorated for the occasion in the colors of the French flag, has concocted a diverse menu of French specialties for satisfying hungry Francophone and Francophile taste buds. The ambiance will be lively, with music mixed by the resident French DJ Stephan M.
Villa Azur – 309 23rd St, Miami Beach – (305) 763-8688

Striped nautical maranière shirts, red scarves, tricolored badges, and berets will be pulled from our closets for this special occasion at Amour de Miami on July 14. Starting at 4pm, the restaurant will be celebrating the national French holiday around large skillets of paella and glasses of sangria, all to swinging accordion music.
Amour de Miami – 921 Brickell Ave, Miami – (305) 377-8811

If you want to learn more about the taking of the Bastille prison, the French division of of the Società Dante Alighieri of Coral Gables is organizing its Bastille Day Party on July 13, starting at 6pm. You’ll attend a historical review on the French Revolution and the events of 1789 before sitting down to an extensive buffet meal to the tune of toe-tapping, dance-worthy French songs.
Società Dante Alighieri – 422 Aragon Ave, Coral Gables – (305) 529-6633

Though more than 7,000 kilometers from France, the highly esteemed gastronomy of France will take the place of honor on the evening of July 14 at Thursday’s restaurant in Fort Lauderdale. A special menu for the national holiday will be served for that night only. Dinner will be accompanied by the musical styling of chanteur Michel Chatillon.
Thursday’s – 1521 E Las Olas Blvd, Fort Lauderdale – (954) 368-4630

Lovers of small French plates (apéro style) will be pleased with Chez Marie French Bistro in Boca Raton, who will serve up the epitome of de blue, white, and red patriotism for Bastille Day. There’s nothing better than soupe à l’oignon, escargots, bœuf bourguignon, and even crème brûlée for tasting the flavors of home. Chanteur Thierry Khalfa will return to the grands classiques of French music to set the mood for the evening.
Chez Marie French Bistro – 5030 Champion Blvd, Boca Raton – (561) 997-0027

Finally, the French American Business Council of Orlando invites you to celebrate the invasion of the Bastille on July 14 starting at 6:30pm, with a soirée blanche (dress in white!). This elegant evening of music and dancing will be organized at Hannibal’s on the Square in Winter Park.
Hannibal’s On The Square – 511 W New England Ave, Winter Park – (407) 599-2929