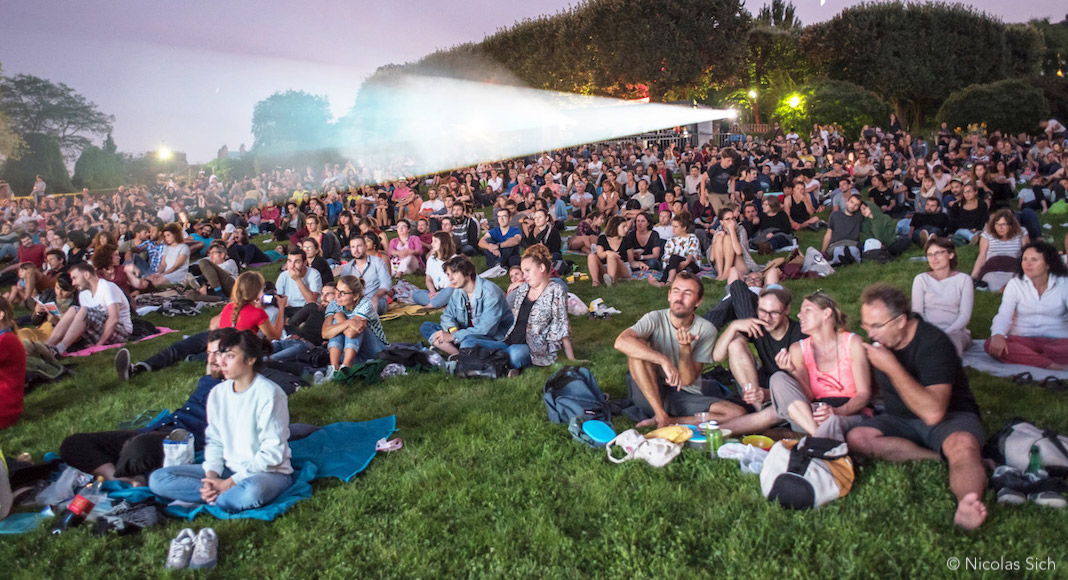 While most film festivals take place in the dead heat of summer, this one waits until the end of August, when it’s finally cooled down and you actually feel like being outside for several hours at a time.

In the Parc de la Butte du Chapeau Rouge in the 19th arrondissement, Festival Silhouette will host outdoor film screenings and concerts from August 24 to September 1. Every year since 2002, the festival has shown short films to promote the art form to the public. The films are never longer than an hour and are always meant to evoke something for the viewer, whether it be fear, surprise, joy, or anger. More than 12,000 people attend each year (admission is free), laying out their blankets in the park for live music or a screening.

Every night at 7:30pm, there’s an outdoor concert. The line-up of musicians is diverse, performing in genres range from hip-hop to electro to world to blues.

Then, every night at 9pm, there’s an outdoor film screening of several short films from a selection of some 100 short films from all around the world that will be screened over the course of the festival. Films from across all genres will be screened, ranging from fictitious narratives to documentaries, musical clips, and animations. On Friday, August 31, the night’s films will have a special focus on the Pernambuco region of Brazil. The films screened outdoors are a part of the official competition for three festival prizes.

Because the festival wants you to see as many short films as possible, there are indoor screenings as well, of documentaries, audiovisual-centric shorts, musical clips, kids films, and a series highlighting the medium’s breadth, on Saturday, August 25th, Sunday the 26th, Wednesday the 29th, and Saturday, September 1st. Indoor screenings take place at the Holiday Inn Express Paris – Canal De La Villette, Le Hasard Ludique, and La Péniche Cinéma.

Additionally, you can attend a “Plateau Cinema” (talks and debates about cinema, lead by industry professionals) at 6:30pm on Friday, August 24, Saturday the 25th, Wednesday the 29th, and Friday the 31st.