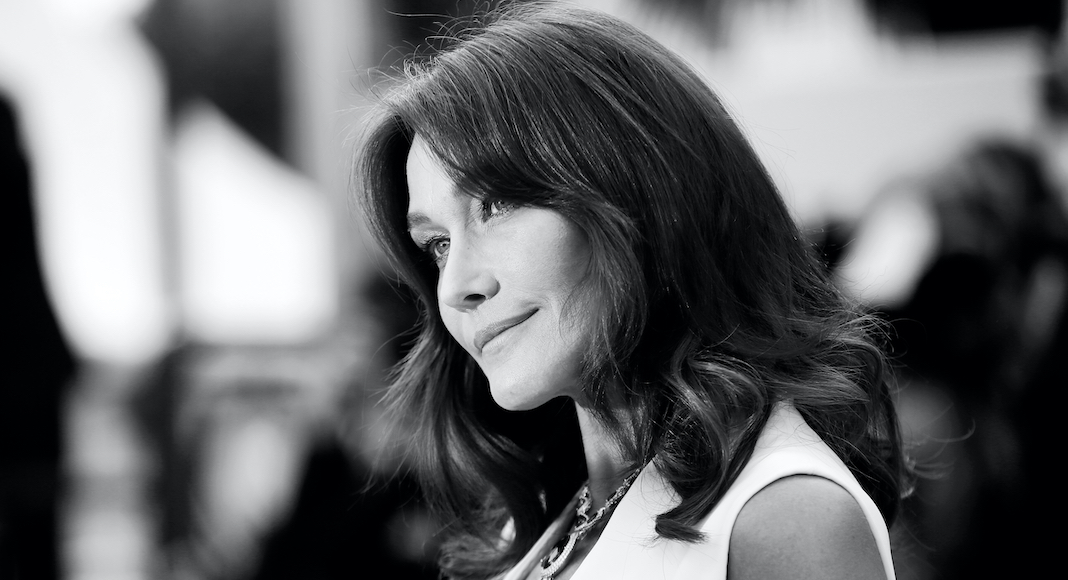 Carla Bruni’s Self-Titled Album is about Comfort, not Confinement

“We have to look for love, it’s the least we can do/There’s nothing else in the world, that’s true,” sings model-turned-musician Carla Bruni, on the song, “Un grand amour.” This sentiment (though it sounds better in the original French) about sums up the M.O. behind Bruni’s new self-titled album, released October 9: Bruni is looking for old-school romance, and she’s not letting anyone (or any global pandemic) get in her way.

Carla Bruni was started at the end of 2019, but the recording took place in a whirlwind week in June, after France’s confinement lifted. Bruni wrote most of the album while quarantined in the South of France with her husband, former French president Nicolas Sarkozy, and their children. It’s her first album of original songs since 2013’s Little French Songs, which contained popular singles like “Chez Keith et Anita” and “Mon Raymond.” 2017 brought French Touch, an album of covers that ranged from standards like “Moon River” to more surprising cuts, like AC/DC’s “Highway to Hell,” and ABBA’s “The Winner Takes It All.”

Bruni was born in Italy, to a concert pianist and a classical composer. He sister, actress and movie director Valeria Bruni Tedeschi, is also musical, and sang with Bruni on her recent song “Voglio l’amore.” Bruni grew up in France from the age of 7, and started working as a model in Paris at 19. She became one of the first people to be dubbed a “supermodel,” working for fashion houses like Dior, Chanel, Givenchy, and Yves Saint-Laurent. She quit modeling in her late 20s to pursue a career in music, with her debut album, Quelqu’un m’a dit (2002), becoming a surprise hit.

Bruni cemented her role as a French icon in 2008, when she married then-president of France, Nicolas Sarkozy. Though occasionally and unpredictably political, Bruni’s public presence went the way of most First Ladies’: towards charity work. But she never stopped making music.

“I hope when people listen they feel cuddly and on holiday,” Bruni said of the new album. “I hope they feel warm. Music is even more important now that we’re going through hard times, [but] I’m optimistic.”

Carla Bruni isn’t an album meant to break rules or reveal a new side of its creator. It’s the same sort of soft, sunny fare we’re used to hearing from Bruni, plucking away on an acoustic Gibson, sprinkled with bright, jangly keys, and sporadic bursts of 60s-style electric guitar. But this is exactly its charm: a particular brand of reassuring consistency greatly lacking in 2020. While other recent albums have been touched by the darkness of politics, police brutality, and the pandemic, Bruni’s music remains carefree. It’s not willfully ignorant: it’s triumphantly so. It’s about choosing happiness in times of horror.

Take, for example, the album’s second single, “Le petit guépard,” a bouncy little ditty about trying to keep a leopard as a pet, eventually discovering that wild things can’t be tamed. It could be a song for children as far as the content is concerned, but it’s cheeky and infectious nonetheless. (It’s also probably in reference to Chiquita, the pet leopard of dancer and secret agent Josephine Baker.)

“I’m trying to find that emotional state that is separate from reality,” explained Bruni. “Related to love, romanticism, thoughts of freedom and travel—it’s being free and in love, in a comforting place instead of this pandemic world.”