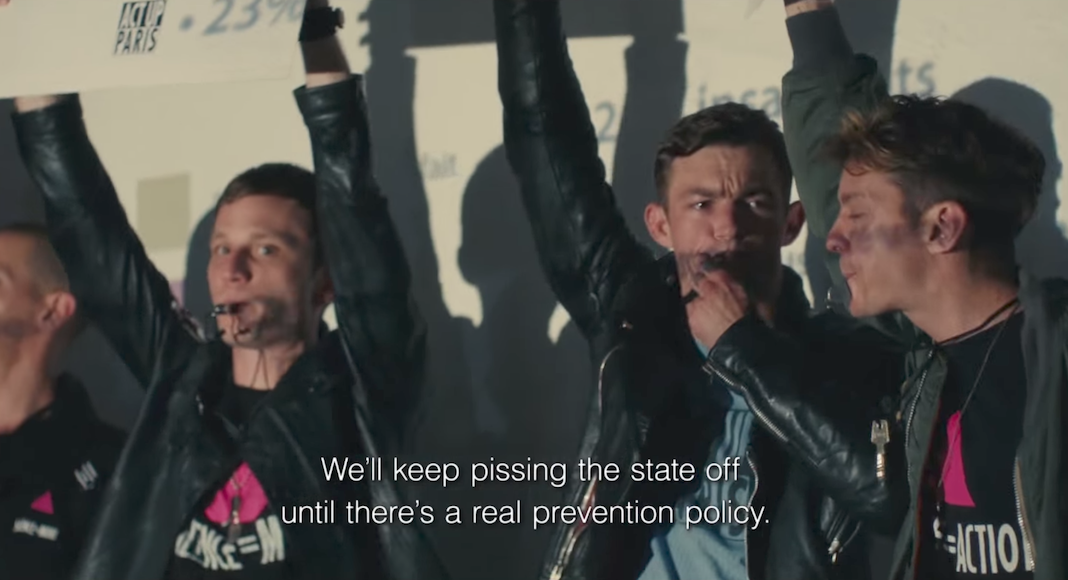 After Cannes, “BPM (Beats Per Minute)” Looks to the Oscars

Taking a pilgrimage to the origin of the story; this is how the film team of 120 battements par minute (BPM, or “Beats per minute”) came to the United States. “Act-Up was born there. I think it’s pretty nice to come back here with this film,” recalls Robin Campillo, director and cowriter. And it’s all the more gratifying to export it “at a time when it is possible to imagine a solution for this epidemic.”

The film crew was in the United States for it’s American release. After a stop in New York City on October 20 for its release there, it comes out in Los Angeles theaters on November 3. BPM looks back at the struggle of Act-Up activists and the devastation of AIDS in the early 1990s through two figures, Nathan, the new member in the association who is reluctant to get too involved, and Sean, the veteran of the fight that puts himself in danger.

The film’s release wasn’t the only reason the team came: after their success at Cannes, the film team was campaigning to defend their candidacy in the pre-nomination period of the Golden Globes and 2018 Oscars by going to meet the voters. BPM was chosen by France in September to represent the country in the Oscar race for Best Foreign Film. “I had been told about an election campaign. There’s a bit of that, but we’re talking about cinema, it’s not just about shaking hands,” says Campillo.

“The astonishment grows every day,” says Nahuel Perez Biscayart, who plays Sean. “These are chapters that add to a narrative story. We’ve been working on the promotion since Cannes, we don’t have enough time,” admits Arnaud Valois, who plays the role of Nathan.

Purchased by the distributor The Orchard the day after its screening in Cannes, the film has already made its mark in several American festivals, such as the New York Film Festival, the Mill Valley Film Festival, and the Chicago Film Festival.

Before Los Angeles, the French team was in New York City, the birthplace of Act-Up, where the emotion was intense. The projections with activists have been an intense throw back of sorts, reminding the director of his past involvement with the association. “Activists from that era have told me that it’s very close to what they had experienced,” says Campillo. “They’ve seen documentaries, but they’re surprised that, in France, we made a film with so many dialogues and political debates.”