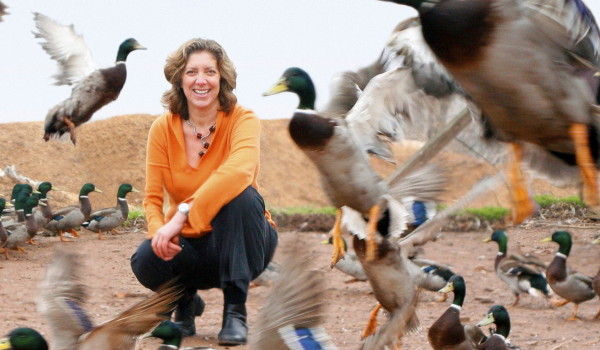 As Mark Twain wisely stated, “There is a charm about the forbidden that makes it unspeakably desirable.” Case in point: in July, 2012, the production and sale of foie gras became illegal in California, and sales have never been better.

For New Jersey-based D’Artagnan, the leading distributor of fois gras in the US, the ban meant more publicity than he could ever buy. “Our foie gras sales in California have increased 200% since the ban,” estimates Ariane Daguin, founder of the company.  “Before, we sold it sporadically to seven restaurants. Since the ban, however, we now have an average of 200 clients per week,” she explains.  D’Artagnan has even opened a warehouse in Texas to speed up the supply chain to the west coast.

Although the sale (in restaurants or shops) and production of foie gras are subject to sanctions in California, this law does not apply to private consumption.  Consequently, no law prevents private individuals from ordering it online from a company based out-of-state. D’Artagnan is certainly not alone in profiting from this situation.  The CEO of Mirepoix USA, a Nevada-based distributor of foie gras, told French Morning that its revenues have doubled since the ban.

“As was the case during Prohibition, the ban creates the opposite effect.  Americans, more than anything, love their freedom.  They don’t like being told what they can and cannot eat,” asserts Ariane Daguin, pointing to the case in Chacago, where foie gras was banned between 2006 and 2008.  “Our sales during this period had never been so significant in this region,” she recalls.

Some upscale restaurants defy the ban to tempt their patrons.  They serve the forbidden fruit on the sly without billing it or adding it to the menu. One such place is Chez TJ, a gourmet French restaurant in Mountain Views. “I serve it to patrons who request it,” murmurs Jarad Gallagher.  “But it is complimentary. We only have a tasting menu, so I serve it as a special bonus on brioche.”

Café Mimosa, a French bistrot in San Clemente, also serves it…if you know the secret code, that is. Savvy patrons ask for “French butter,” reveals Antoine Price, the restaurant’s French-American chef. “I live just above the restaurant, and I order it for my own consumption. If the clients are nice, and request it, I’ll gladly serve them some and suggest a small extra charge. The chef also organizes “underground parties” where participants are treated to a foie gras tasting served up in all its delectable forms.

Other operators in the market, however, are profiting less from the situation. Such is the case for Hudson Valley, a foie gras producer in New York.  “We continue to ship foie gras to California, but much less than before the ban.  Most of our sales came from restaurants and shops, and these have ceased since the law went into effect,” states Marcus Henley, the company’s Director of Operations. Henley is currently in the midst of a legal battle to lift the ban, but so far has not had very much success.