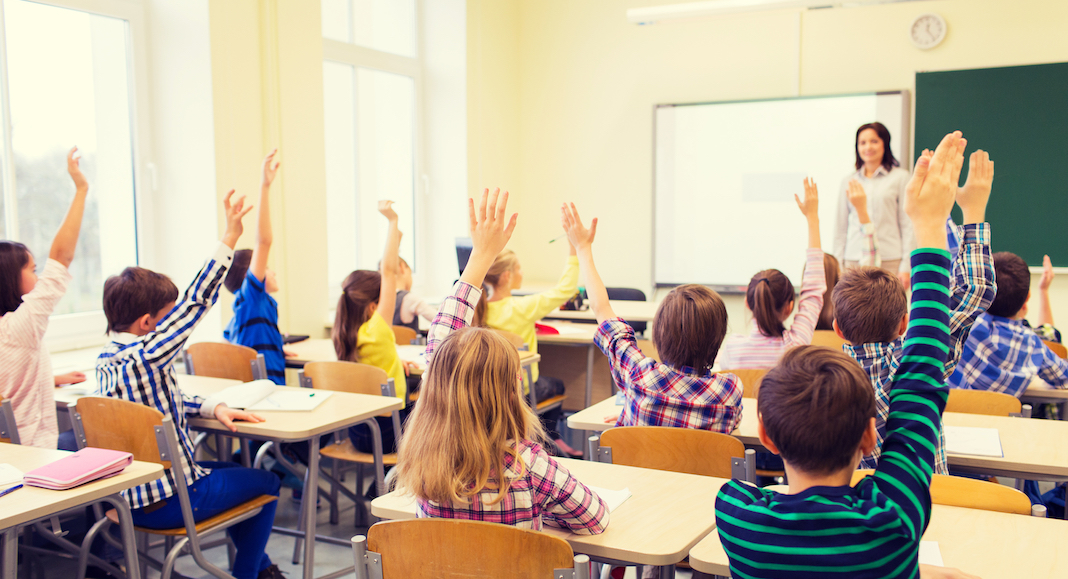 New Report Shows The French Are Still Bad At English

C’est pas bon. Or should we say, it’s not good.

According to a report about French students’ mastery of foreign languages, released April 11 by France’s National Council for the Evaluation of the School System (Cnesco), the French are still bad at English. The report is based on the Cedre surveys, conducted in 2004, 2010, and 2016, which test students’ mastery of foreign language in primary and middle school. Information from context questionnaires and the European SurveyLang survey conducted in 2011 was included as well.

The overall summary of students’ foreign language mastery was quite positive, saying: “In 2016, French students generally performed well in reading comprehension of a foreign language. They are making progress compared to 2010 in both primary and secondary schools, as well as in listening comprehension.” But the specific mastery of the English language was noted as poor.

It’s often said that France is the worst at English in the European Union, a fact that the report alludes to. “All European countries face difficulties in achieving the expected level for a majority of pupils. However, of each of the skills studied (written and oral comprehension, writing), France is the country where students have the greatest difficulty in reaching the expected level in English.”

While the European average for reaching the expected level of oral comprehension of English at the end of middle school is 46%, in France it is 26%. In reading comprehension, the gap is 18 percentage points lower in France (23%), and in writing 16 percentage points lower (39%). Ironically, France is one of the three countries in Europe devoting the greatest amount of time to learning foreign languages, with more than 1,000 cumulative hours in primary and middle school. (Malta and Germany are the two other countries.)

Only one in two students studying English reaches the expected level of mastery in writing in English. In primary school, students overall have a lower interested in writing in English, according to a 2018 Cnesco study, which is reflected in the fact that in 2016 students didn’t answer a full quarter (25%) of written questions asked in English, up from 10% in 2010. In 9th grade, the non-response rate to written questions was no better (24% in 2016).

The greatest struggle French students face is oral English. In an end of primary school assessment, only half (54%) had a mastery of the syntax of simple questions and sentences. Middle schoolers struggled as well in their end of studies assessment. In English, 75% of students were not able to speak the language in an overall correct way. The report notes limited vocabulary, grammatical difficulties, and “problematic pronunciation” as the three main issues. “The oral pronunciation of the vast majority of students is characterized by a very strong influence of French,” which is particularly notable in the incorrect emphasis on syllables.

It’s possible that the improvement made by students without an increase in effort at school should be attributed to English’s increasing prevalence in everyday French life. According to the report, 91% of 9th graders reported hearing English very often in the music they listen to. There was also an increase in the number of 9th graders watching films, TV shows, or videos in English with subtitles in French (34% in 2016, 10% in 2004). It would certainly explain why the number of 9th grade students struggling with listening comprehension has gone down (from 54% in 2010 to 43% in 2016) and reading comprehension has improved across the board.

The growing presence of English has likely even changed how students feel about the language. In 2016, only 18% of 9th graders said they did not like English at all or very much, compared to 29% in 2010. 59% even consider it very important to know English, compared to 42% in 2010.

It seems that the integration of English into French isn’t so bad after all, or at least if the French want to improve their language skills.