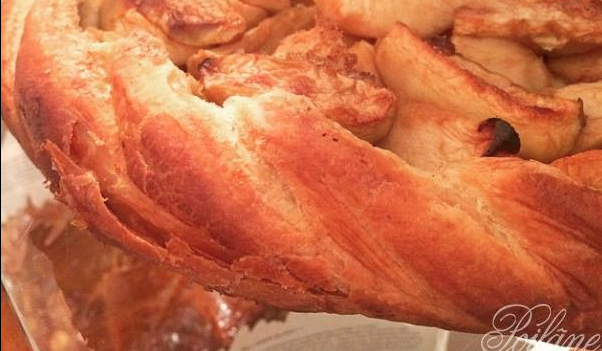 Beyond Brioche: the Art of the Tarte

Remember how much you loved your grandmother’s apple pie? In France, the tarte aux pommes has just as much emotional appeal. Coming home from school to the smell of a warm tarte in the oven or eating raw dough left over from baking – culinary nostalgia knows no borders.

But while tartes and pies may be equally evocative of fond memories, that is where their similarities end. Pies are hearty, dense, thick, and comforting. Tartes have the appeal of comfort, but with more restraint. The filling doesn’t take as much of the spotlight as it does in a pie. Here, filling and crust are truly equals. A bite into a slice of tarte is like a ballet, where the crust’s texture elevates the filling’s flavor, and vice versa. The two create a perfect pairing, yet each have their specificities and can be judged separately as well as together. That is the sign of a tarte réussie.

A quick read through popular food blogs, magazines, and websites will probably lead you to the conclusion that tartes are having a moment. While a few years ago the focus was on pie dethroning the mighty cupcake, this time we’re talking tarts — or tartes, if you’d rather use the French terminology. They’re everywhere: chocolate tart, stone fruit free-form tart, ricotta and tomato tart… you get the point. For those of you wondering what it’s all about, let’s get to the bottom of the question. What exactly is a tarte?

The simple way to answer that would be that a tarte is a crust with something on top. Wait… so is a pizza a tarte? Well, actually, it is! Take the Alsatian specialty tarte flambée: a thin crust topped with crème fraîche, onions, and bacon. An Alsatian pizza, if you will. Apart from these singular regional examples, we can generalize and say that a tarte is several things.

First, it can be either sweet or savory. That quiche you love? It’s a kind of tarte. There might be disagreement over this – is it really a tarte when the filling is over 2 centimeters thick, or does it fall squarely into a quiche territory of its own? In any case, it fits the rule of crust and filling. Whether lemon or goat cheese, chocolate or tomato, don’t forget that in a tarte, the two main elements really share the spotlight. Soggy crusts but tasty fillings result in disheartened shrugs from most tarte eaters… as do tasty crusts with uninspired custards. Traditionally, each type of tarte has its designated crust, meaning that some tartes are firmly in puff-pastry camp, whereas others go the pate brisée route.

Since even the French can get confused by all these different options, here is a vocab list for your reference. In general what makes the difference between types of crusts is either the butter-to-flour ratio, or whether the butter is incorporated cold or at room temperature (a bit of an oversimplification, since crust chemistry would take up an article of its own).

– Pâte feuilletée: this is the Rolls-Royce of crusts. Layers upon layers of golden, buttery, flaky crust.
– Pâte brisée: the most versatile of all. Pâte brisée is a standard crust, used both for sweet and savory tarts.
– Pâte sucrée: sweet, buttery crust made with room temperature butter, and its cousin…
– Pâte sablée: sweet and buttery, again, but made with cold butter. Pâte sablée is a classic when it comes to sweet tarts, and can sometimes be found in its cocoa version. Need we say more?

Despite (or perhaps thanks to) the range of crust and filling options associated with the tarte, it is considered nation-wide as a simple, everyday affair. Last-minute dinner with friends? A tomato and mustard tart makes for a delicious meal that can be on the table within thirty minutes. For a weekend picnic, a tarte made of fresh strawberries and pastry cream is sure to get appreciative nods from pretty much everyone.

“Oh but the crust!,” you lament. Don’t worry- the French haven’t all gotten the hang of making their own pâte feuilletée, either (in fact, very few have). Many bakeries sell tarte dough that you can use right away (you have to ask, though), and grocery stores have ample choice when it comes to tarte dough, avec or sans butter.

Looking back on why tartes are all the rage stateside, maybe it isn’t all about the ballet of flavors, or the versatility of the format. The tarte, traditionally, has something pies don’t: fluted pans. The dainty scalloped edges of a beautifully baked and prepared tarte lend a whimsical je ne sais quoi to the simplest of meals. It’s the everyday, made a bit more fun. Who wouldn’t take a slice of that?

Poilâne (8 rue du Cherche-Midi) for a simple, rustic, and delicious apple tarte. Gérard Mulot (76 rue de Seine), master of classic desserts, excels in both decadent and rich chocolate tartes as well as strawberry tartes that achieve the perfect balance between silky pastry cream and juicy, flavorful strawberries. …and your neighborhood bakery: your next favorite tarte may be just around the corner!
Share on facebook
Share on twitter
Share on linkedin
Share on email
Share on pinterest