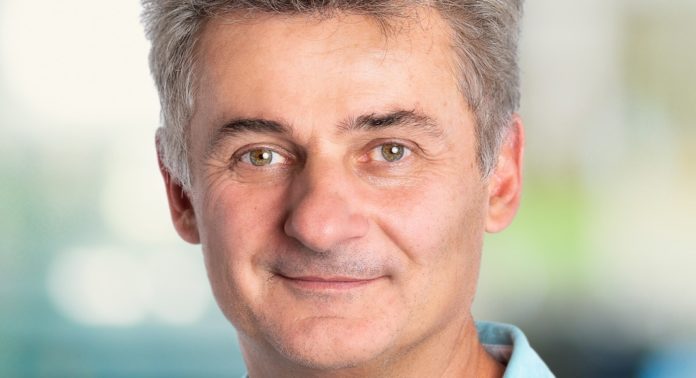 He has joined the exclusive club of Silicon Valley billionaires, but it will be hard to find traces in him of the megalomaniac in sweatpants fantasizing about conquering the world. To listen to him, Benoit Dageville never dreamt of being an entrepreneur. Born in Antibes, trained in Jussieu, this engineer didn’t do it for fame or fortune, but simply, “not to miss the boat.”

Yet here he is at the head of this year’s tech success story: Snowflake, the company he created in 2014 with Thierry Cruanes, another Frenchman, and Marcin Zukowski, went public with a bang in September and is valued at 70 billion dollars – enough to make Benoit Dageville, who owns 3.5% of the company, a multi-billionaire, at least on paper.

As a young engineer, Benoit Dageville discovered his passion: databases. Far from Silicon Valley, he began his career thanks to a European program to support IT research, and ended up at Bull, which in the early 1990s was merely the ghost of the IT giant once dreamt of by French executives. Very quickly, ambitions were scaled down, the research center closed, and Dageville moved to Grenoble, where he did engineering work for Bull. But he had no desire to climb the corporate ladder, and, in France, this lack of managerial ambition offered him few prospects. But salvation came, in the form of a few months’ assignment for Oracle in California.

“Our goal wasn’t to start a business.”

There, Benoît Dageville discovered a dream working environment: a multicultural community and the opportunity to develop his high-tech expertise at the highest level. He spent 16 very rich years working at the heart of one of the largest databases in the world. But at the turn of the decade, he realized the potential disruption of the Cloud, the astronomical amounts of data generated by the rise of the Internet, and their management in real time by machines. Oracle was missing this turning point, and Dageville decided to team up with Thierry Cruanes, his Normandy colleague, to launch their company in 2012. “Our goal was not to start a business at the beginning, but to make a product. If it had been possible, we would have done it at Oracle.” They named their start-up Snowflake, in reference to their common passion for skiing.

The two engineers bought a printer and a whiteboard and spent several months looking for an alternative system, which would allow them to adjust resources to the demand of each customer, so that they could pay only as needed and extend the product’s capacities infinitely. An intense and stressful period, he recalls, but the duo found a solution after 4 months. With the help of their investor Mike Speiser, from Sutter Hill Ventures – one of Silicon Valley’s premier venture funds – the startup released its first product in 2014 and recruited Bob Muglia, a former Microsoft executive, as CEO, allowing the co-founders to stay focused on what they love: development.

Very quickly, Snowflake met with massive success at the largest American companies. “We have experienced impressive growth and most importantly, our customers have appreciated our service and have told us about it.” The company has great ambitions: it raised $26 million in 2014, $79 million the following year, $105 million in 2017, $450 million in 2018, and $479 million last February. The young company does not need money, but it nevertheless decided to give the “go” to its IPO, for two reasons. On the one hand, faced with competition from big names like Google or Amazon, the company wants to gain status and greater visibility. On the other hand, it wants to offer an option to its employees to exercise their shares.

“There’s no miracle recipe, but you can’t miss the boat,” says the entrepreneur, and it’s clear that Snowflake has hit the nail on the head. The company surprised the world by announcing the entry of its latest investor, Warren Buffett, the oracle of Omaha, and broke records at its IPO, raising $3.4 billion, the largest IPO in history for a software company. The company’s share price more than doubled on its first day of trading, and has remained broadly stable ever since. Benoît Dageville attributes this success to several criteria: “The Snowflake ‘data cloud’ product now enables data to be moved and shared; this highly secure network effect is a real revolution. Our extraordinary team led by Frank Slootman (editor’s note: the CEO recruited in 2019 to manage growth) has been rewarded for its work, and this great success is just one step towards the final goal: to make Snowflake the world leader in the cloud, and in big data.”