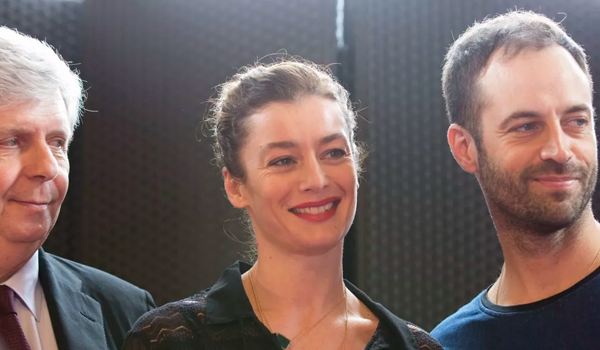 Only a year into his tenure as dance director of the Paris Opera, dancer and choreographer Benjamin Millepied has resigned, citing “personal reasons.”

The Telegraph referred to his posting at the Opera de Paris as a “shock appointment” at the time, since Millepied was not an inside hire and had a choreography style that was “slick and modern.” He had previously choreographed for the New York City Ballet, his own experimental dance company, L.A. Dance Project, and Darren Aronofsky’s Black Swan, where he met his wife, Natalie Portman.

The couple moved to Paris with their child in November of 2014, two months before the attack on the Charlie Hebdo offices.

In an interview with AFP last May, the 33-year-old actress said that, while she was nervous about being Jewish in Paris, she’d also “feel nervous being a black man in this country. I’d feel nervous about being a Muslim in many places.” Media around France have speculated that fears about terrorism in Paris were not a deciding factor in Millepied’s resignation.

Announcing his departure on Twitter, Millepied said that it was an honor to be given the job, but his job “currently requires such a commitment that it largely precludes what is essential in my eyes: artistic creation and expression.”

“Benjamin hadn’t realized that 80% of his post would be about administrative tasks and only 20% artistic,” a source within the Opera told AFP.

“I was shocked by this devastating article and by Benjamin Millepied’s lack of respect for the company that he totally denigrates,” Karl Paquette, a dancer with the Opera, told Le Monde. “I love the Opera de Paris and have never felt as bad as I have in the last six months.”

Millepied will continue to work with the Opera de Paris as a choreographer—a new piece of his will debut this week—and he is reportedly staying on during the transition. Aurélie Dupont, a dance with the company who had recently retired, will take over for Millepied in August.