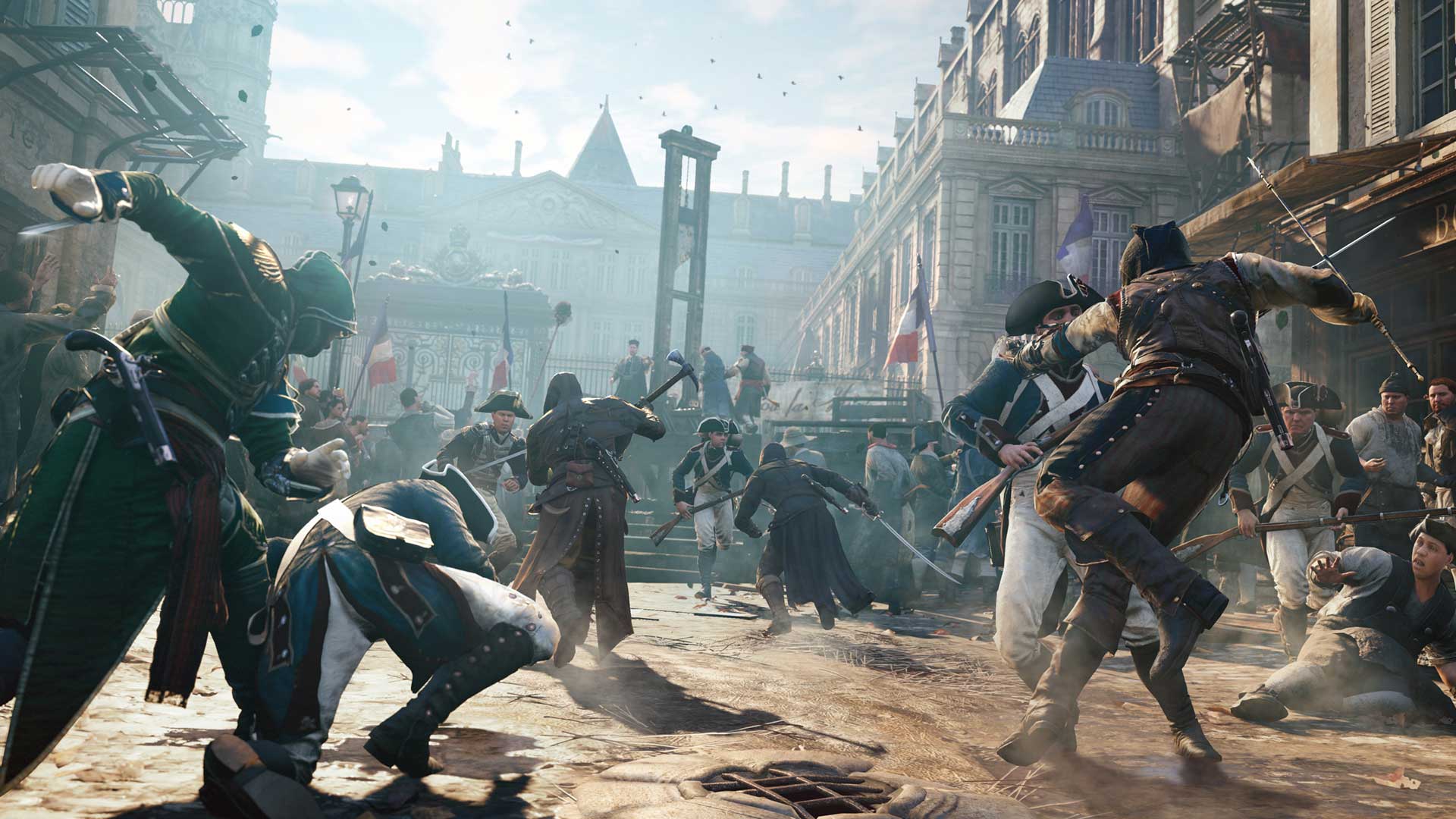 When it comes to historical events, the French Revolution isn’t exactly the most family-friendly. Sure it brought down an ineffective and out-of-touch ruling class and started France on a path towards becoming a Republic. But it also gave us, you know, the guillotine. Now this complex and violent period of history serves as the backdrop for the new Assassin’s Creed Unity game from Ubisoft, and not everyone is pleased with the outcome.

In an interview with Le Monde, one of the game’s producers explains why 18th and 19th century Paris was an appealing location for the long-running video game franchise: “The period of the French Revolution was an obvious choice,” says Antoine Vimal du Monteil, “because it’s a pivotal moment with world-wide repercussions. The game uses the chaos of the time as a backdrop.”

Chaos indeed. A four-and-a-half minute animated trailer for the game narrated by an actor with a thick French accent features death by sword, bayonette, dagger, firing squad, pitchfork, and no less than 10 beheadings by guillotine.

Ok, so the game may not be for everyone. But some French politicians have taken to the airwaves to express outrage at the portrayal of the Revolutionaries and important historical figure Maxilmilien de Robespierre. In an interview with Le Figaro quoted in Le Monde, Parti de Gauche (Left Party) leader Jean-Luc Mélenchon says its creators are trying to tarnish the very identity of the French as a people.

“The denigration of the great Revolution does the dirty job of instilling French people with more self-loathing and the idea that [France] is in decline. If this keeps up the French will be left with no common identity other than religion and skin color.”

First of all, did Jean-Luc Mélenchon actually play Assassin’s Creed Unity? Because if he did, I want pics. This would change my whole perception of French politicians as a stodgy bunch of kill-joy bureaucrats. But seriously, whether revolutionaries took revenge on their oppressors too far and whether Robespierre was a “liberator” or (and?) a “bloodthirsty monster” is up for debate. On the other hand, I’m pretty sure time anomalies that open doors to other periods in history, and stealth weaponry like the Phantom Blade weren’t part of the French Revolution.

As Vimal du Monteil pointed out in the same interview with Le Monde, “Assassin’s Creed Unity is a popular video game, not a history lesson.”