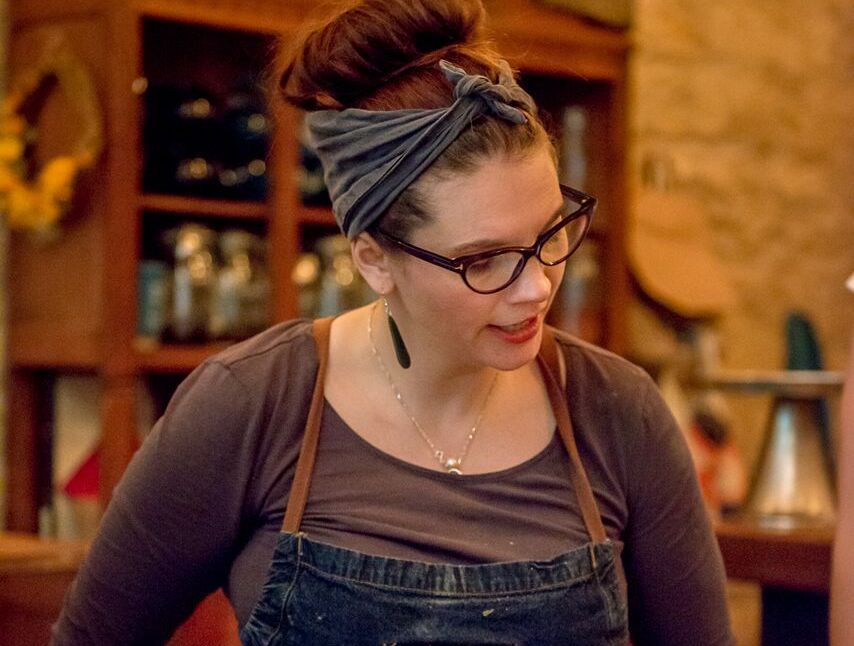 From Homesickness to Southern Hospitality in Paris

South Carolina and France have something in common, and we’re not only talking about towns named Bordeaux. South Carolina native Laurel Sanderson has lived in Paris for nearly twenty years. From her home on picturesque Rue Mouffetard to her kitchen and dining room, 13, in Saint Germain des Prés, Sanderson is a true American Parisian…with an undeniable talent for Southern cooking and hospitality.

Here, she gives Frenchly a peek into her experience.

From South Carolina to Besançon

I came to Besançon for Junior year abroad, and decided at the end of the year I still had lots of French to learn. I’d run away from South Carolina because of the very unprogressive ways of thinking, but still I missed it.  South Carolina has some of the most beautiful countryside in the world, with the best food in the world (really!). In the end, if I hadn’t missed home so much, I never would have learned to cook or bake, which I did to recreate the tastes of the South. I never need to live there again, but I miss it every single day.

Finding a sense of community

When I first arrived in France, I was forced to integrate myself, to learn the language, and it really helped me grow as a human being.  I learned to understand the locals.

Moving to Paris was really the best of both worlds. The English-speaking community here is so tight-knit that it feels like a small town. I worked in an Irish pub in 1998 and 1999, and met a bunch of incredible expats. My best friend Kaysa, who now runs the dining room at 13, worked in the bar around the corner. My husband worked two streets over.

Parisians have a terrible reputation of being rude, but their formidable collective personality is the world’s best-kept secret. Rarely the first to engage, they are always quick to return a smile or a kind gesture.

One thing, though, that I find equally wonderful and difficult is the fact that in France “parce que” (note: “just because”) is often the only reason you will get!

American Parisian, or American in Paris?

Living in the ‘real France’ for four years before moving to Paris opened my eyes to how truly American I am. Even among friends in Besançon, I was known as ‘L’Américaine’. Here in Paris, there is a place for me as an American Parisian. One of the big things that drove me to open 13 was the need for a place where I felt normal, and where anyone could feel comfortable.

Even though I dream – like all expats – of escaping my tiny apartment, moving to the country, and opening a bed and breakfast with chickens and horses, I could never leave Paris.

This is the place where I really fit in.