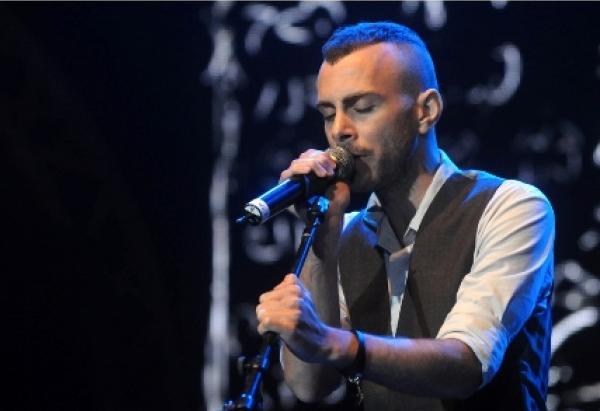 Beloved in France, Israeli Troubadour Asaf Avidan arrives in the US

At a time when singers tend to prefer over-the-top drama to raw feeling, Asaf Avidan stands out for his honesty.  Highly emotional, he can take you through the ups and downs of an entire love affair in one song without artifice or intrusive tricks. He moves you with his soulfulness, touching your heart with his music.

Now 33, Avidan began singing and writing songs just seven years ago after the traumatic end of a love affair. Unschooled musically and trained as a film animator in his native Israel, he turned to song in a desperate attempt to ease his pain. He has since released four albums, the first three as Asaf Avidan and The Mojos, with a remix of his song, “One Day/Reckoning,” hitting number one in 14 countries.

Since the release of his first solo album, Different Pulses, in 2012 he has played to crowds of 250,000 in European festivals and is now on his first North American tour. He has stops planned in Chicago, Miami, Seattle, Vancouver, San Francisco and Los Angeles, where he recently spoke to French Morning by phone.  “In animation and cinema,” he said, “you can wait a half a year in your creation to get from point A to point B. But when you write a song, it’s right there. I fell in love with that freedom and the art. “

Avidan has won a huge following in France. “It is rare to encounter a musician with a punk Mohawk hairstyle like an Iroquois Indian whose songs are so reflective and articulate,” writes music critic Francis Dodor in Les Inrockuptibles, “and who deals in such a raw manner with the tough aspects of life.” He may be so popular in France because he is seen as a troubadour, in the tradition Yves Montand, Charles Aznavour and Jacques Brel. With the French esteem for direct presentation, they undoubtedly are drawn to his heartfelt, unadulterated singing style. He loves performing there. “I know it’s a cliché,” he says, “but I feel the French have more respect for culture than other nationalities.”

Avidan loves performing. “Being on stage is the lovely part – then I can share my emotions and feel the emotions of the audience.” He talks about leaving The Mojos as a mutual decision. “I just wanted to write my own music,” he says. “I don’t want to sing other people’s songs. I felt confined musically and aesthetically. I thought we were beginning to sound like a generic folk-rock band. I wanted to experiment with new sounds.”

Of course, dealing so honestly with such emotional material has its price, and the pain at the core of most of his songs makes writing tough for Avidan. “I really have to bleed. I have to dig down layer after layer to write,” he explains. “It’s like an archaeological dig. Then, there’s always the fear that the well will run dry. I admire the amazing careers of people like Bob Dylan and Leonard Cohen not only for their aesthetic and sincerity but also for their longevity. I hope when I am 72, I will be like Leonard Cohen and skip on stage, a cool guy in a hat, doing 150 shows a year.”

He usually writes on breaks from touring. “I’m not very good at vacations,” he says. “I mostly go crazy and bitch and moan. My girlfriend complains that I’m never happy. But I dream about getting a house on a secluded Hawaiian island, where I could hike and write songs with just the ocean in front of me. Writing may be painful but afterwards there’s the healing process and that’s where I find my happiness. It’s not like having little sudden moments of joy; it’s contentment with what I am and the life that I am living.”