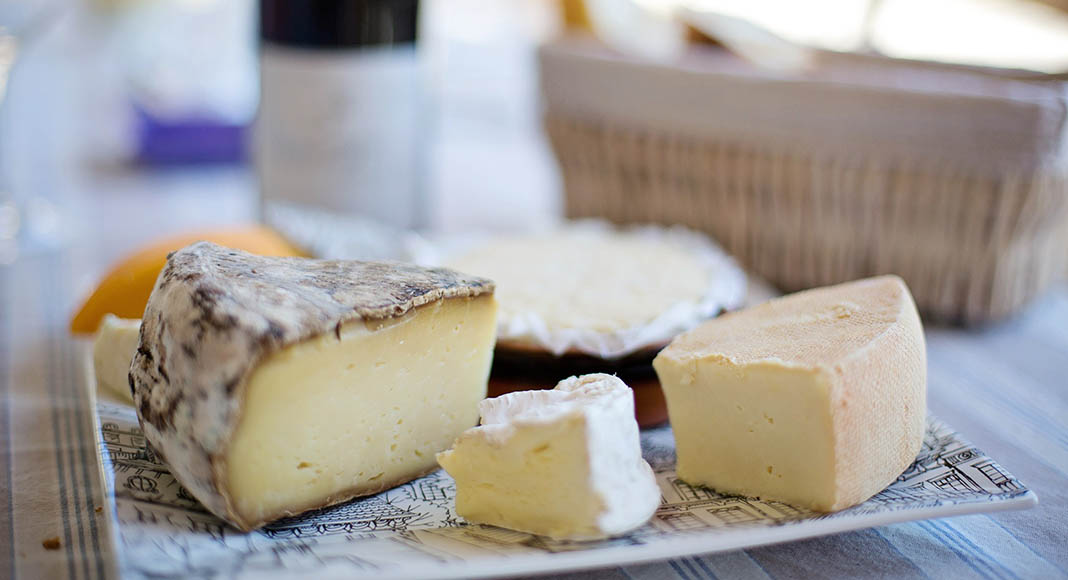 As US Plans to Declare War on French Cheese, Europe Does the Same on Ketchup

French wine and cheese could become luxury products in the United States in a year.

On Monday, April 8, the Office of the United States Trade Representative (USTR) published a preliminary list of nearly 330 European products that could be subject to up to 11 billion dollars in import tariffs.

On this nine-page list, 40 types of cheeses (including Roquefort, Stilton and Pecorino) as well as many wines are under consideration for the new tariffs, in addition to olive oils, various seafoods, jams, textiles, and even wall clocks and paint brushes.

On Wednesday, April 17, the European Commission responded with their own list of 390 American-made products that will face trade penalties of up to 20 billion dollars, including ketchup, coffee, many frozen products, fruit juices, tobacco, car parts, tractors, and non-screen games you have to pay for (excluding bowling alley equipment because apparently they still want that those American-made bumpers for cheap).

“To understand this sudden increase in tariffs, we need to look back at the 14-year-old conflict between Airbus and Boeing,” says Charles R. Hankla, associate professor of political science at Georgia State University, specializing in trade.

It all began in 2005, when the United States filed a complaint with the World Trade Organization (WTO), arguing that European subsidies to Airbus (“launch aid,” for example) were a source of unfair competition for Boeing. A year later, the European Union filed a complaint against the United States for what they call illegal subsidies (tax breaks, for example). Both Washington and Brussels have been criticized by the WTO for subsidizing Airbus and Boeing in unfair ways.

However, Europe’s efforts to respect the WTO’s conclusions weren’t satisfactory for the USTR, who still estimate the damage caused by European subsidies at 11 billion dollars per year.

The World Trade Organization finds that the European Union subsidies to Airbus has adversely impacted the United States, which will now put Tariffs on $11 Billion of EU products! The EU has taken advantage of the U.S. on trade for many years. It will soon stop!

Can the United States really crack down on transatlantic trade? The EU has already challenged the US’s loss estimates and filed a complaint. While waiting for the WTO’s report to be published this summer, which will decide the legitimacy of the purported loss of 11 billion dollars, the Trump administration is trying to put pressure on Europe by threatening to put import tariffs worth the approximate 11 billion dollars on not only aeronautical products, but also products with a strong cultural impact, such as the famous French cheese. “These tariffs can easily make the headlines: ‘Americans will no longer buy Brie,'” adds Hankla, who also suspects the American government is punishing France for being lukewarm in their international negotiations on agriculture.

One person is at the heart of this trade war: President Trump, who “has always been skeptical about the WTO,” notes Hankla. “He tends to use the notion of ‘national security’ a lot more than his predecessors, as some kind of magic word to work around WTO recommendations,” he continues, citing the strained trade relations with China and Russia in particular.

“The WTO does not itself punish countries. It authorizes countries to punish each other,” he says. In short, Trump could decide that the 11 billion dollars in revenue loss for the American economy is legitimate, despite what the WTO might say.

Cecilia Malmström, European Commissioner for Trade, said in a statement on Wednesday, April 17: “Let us be clear, this is not about each country taking one retaliatory step at a time. Even if we have to devise countermeasures in the event that there is no other way out, I still believe that opening up a dialogue is the solution.” Hankla remains doubtful, however, about this scenario. “This Airbus-Boeing dispute has been going on for 14 years, and there is no indication that it will be resolved any time soon,” he warns.