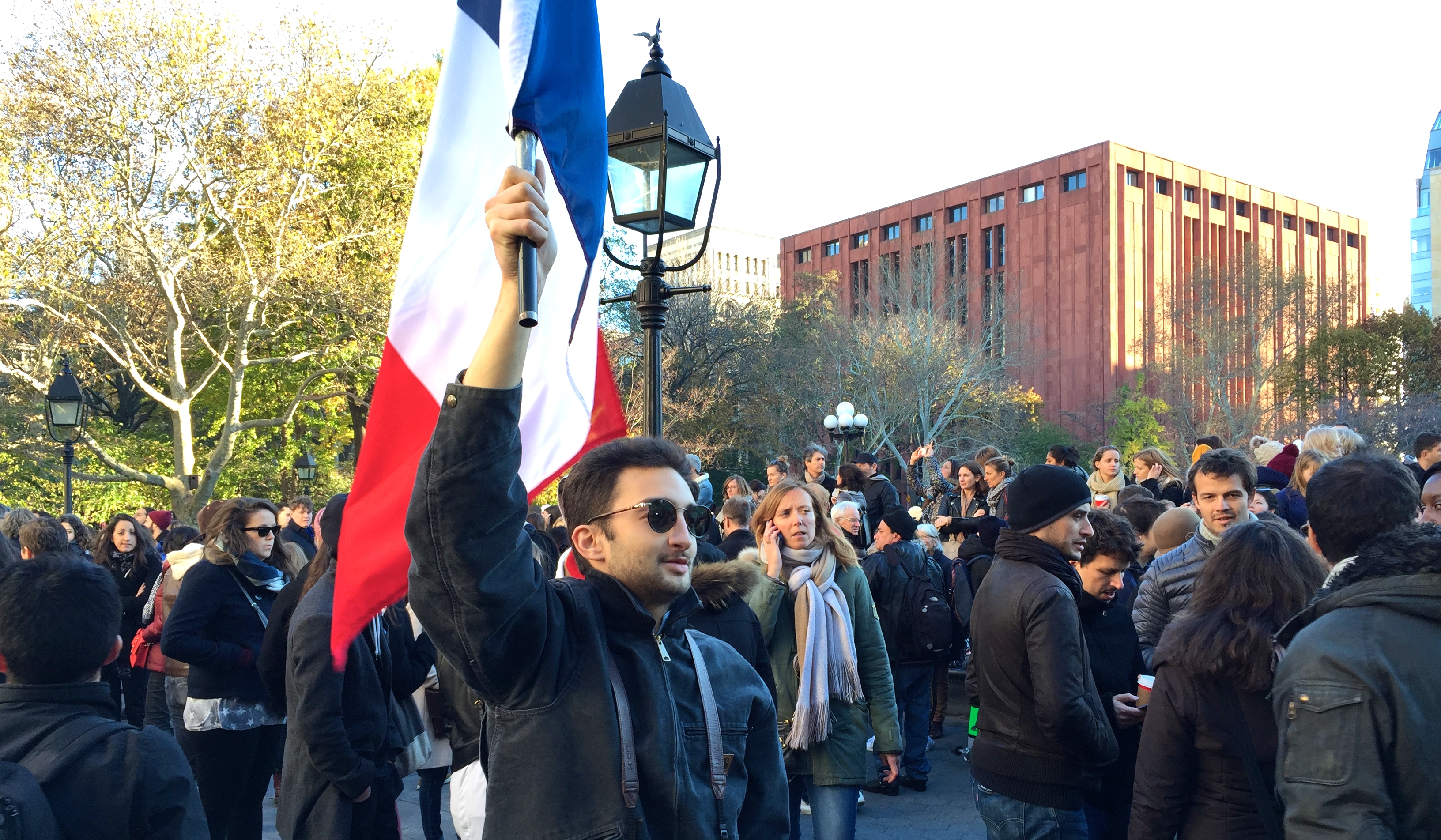 Standing with the French ambassador to the UN and the French Consul at his side, he said: “New York stands together today in solidarity with our sister city”.

In the crowd, many French expatriates, like Sebastian and Felix, in their twenties, holding a large blue-white-red flag. “It seemed obvious to come here this afternoon,” said Sebastian.

It was also a foregone conclusion for Paul, 23. “I  came because this is the only way to show that I’m behind my country. Usually, crowd gatherings aren’t my thing. But here I felt I had to do it, for the first time. It’s weird to follow everything from abroad. We especially need to show that we too are concerned, ” said the young Frenchman, who just finished studying design in New York.

For Julie, an au pair, participating in this gathering was a way of seeking some comfort. “Being here, away from home, you feel completely helpless. I really want to be with my friends and family in France,” she said, standing with her two friends. “What shocked me most is that, really, it can happen to anyone. “

Americans had also came to pay tribute. Brittney came to Washington Square with her companion. “We are here to stand up for everyone around the world—we are all against terrorism. These people are not going to scare us. Paris is supposed to be the city of love,” said the New Yorker.

Kelsey Falter, another American, set out to build a memorial with colored roses, underscored with a sign declaring, “J’être Humain,” a play on the “We are Charlie” slogan. “I’m do this for all humanity, to show that love and peace will be stronger than barbarism. It’s not much, and the message is perhaps not written in good French, but that doesn’t matter,” she explained in a frail voice, while inserting flowers in a net.

In the crowd there were also many foreigners. French Morning spoke to a group of young Danish students, two Indian bankers living in New Jersey, and Paulina, a Polish intern based in New York. “When it comes to terrorism, the world must join forces. We must stand together, around the world,” Paulina said.

Several other rallies were held across the country over the weekend in San Francisco, Miami, and Washington, among other places. See the full list here.